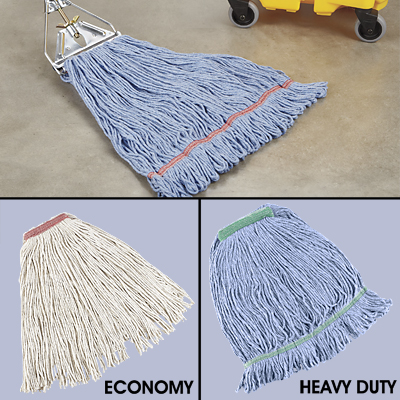 The ancient sages of India envisioned, so is the microcosm, so is the macrocosm. Bell’s theorem, along this line of thinking, proves that particles, once connected, always in communication, instantaneously, even if on opposite sides of the universe. There must be more dimensions in the universe than the space-time dimension. The cutting edge of science says there is a dimension of infinite possibility and our basic reality is mind. Consciousness has been added to the mix of things. By observing the world of the very small, reality, we find, is nothing like we think it is.

The ancients, looking in the heavens and seeing movement, gave reason to those movements. They invented symbols, later to become numbers, to explain humans and matter. Still later, it became astrology for humans, physics for matter. Just lately, quantum physics has added consciousness to the mix, taking us back to “so is the microcosm, so is the macrocosm.”

We are conscious of mind. Where is mind? Classical physics says mind is in the brain. It’s a guess. There is no evidence. In law, there is such a thing as circumstantial evidence, indirect evidence that proves the case by reason and logic. Reason and logic is a gift our Creator gave us. It comes from mind and conscious awareness. We humans are consciously aware of as much as our imaginations allow.

Think of human imagination 600 years ago, a hundred years before the invention of the printing press. Very few were literate in the West, and most of the literate were in control of the Holy Catholic Empire. They used torture to keep in control. The progressive order of the ages gives us increasing purpose. Progressive Govermment takes us back in time.

Keeping in mind “so is the microcosm, so is the macrocosm,” imagine the Internet the master mind of worldly events empowering you, the Internet the equivalent of God. Imagine teapartyorg.ning.com the equivalent of a solar system, and you a planet. I’ve discovered ning.com, allowing me to become a solar system within the galaxies of worldly events, potentially increasing my power. What is my purpose?

From the Internet, “The astrological symbol for the Age of Pisces seems a perfect match with dreams, as we currently conceive them. Pisces, the two dream Fish, snooze in the primordial ocean of the unconscious, ruled by Neptune, god of the sea. As the great sleep of Pisces draws to an end and the Age of Aquarius, the Water Carrier, begins to dawn, what changes can we expect in the field of dreams?”

“Aquarius, the investigator and humanitarian, has been paired with Uranus, the oddball and revolutionary, so we're due for some radical shifts in our worldview, or picture of reality. This will affect the types of dreams we emphasize and our dream-related activities as well.”

“In Western astrology, the four alchemical elements are earth, air, fire and water. Pisces the Fish is, quite appropriately, a water sign, but Aquarius is an air sign, so the shift is from sea to sky. Flying dreams allow Aquarius, the curious investigator, to explore his inner space. Aquarius favors fair weather flying (the uplifting dreams) because it's safer, more fun and permits a panoramic view of the dream environment.”

“Aquarius is future oriented, a precognitive perceiver, alert to events forming on the far horizon. He wants to foresee changes in the weather so as to seize a golden opportunity or avoid an oncoming storm.”

“Flying is only one of many extraordinary dreams, including the psychic ones. To humanitarian Aquarius, these Big Dreams are seen as the birthright and privilege of everyone, rather than the exclusive possessions of the chosen few. Aquarius will deliberately incubate extraordinary dreams in order to nourish his untapped human potential.”

Alas, Piscean dreams of Obama Land, or Aquarian imagination of the progressive order of the ages and our increasing purpose, come one, come all to - aquarianadventure.ning.com - a journey into the future. Be empowered!

The United States of America was born under the sign of Aquarius, the water-bearer to humanity. "Give me your tired, your poor, your huddled masses yearning to breathe free, the wretched refuse of your teeming shore. Send these, the homeless, tempest-tost to me. I lift my lamp beside the golden door!" We Americans are obliged to reignite Lady Liberty’s beacon of hope.

Obama is a divider. Join me in bringing the world to peaceful coexistence.