Ideological consolidation is possible only through polarization. The obama dictatorship fears publicity about the growing polarization within America. The commies prefer to pretend that the minority parasite dictatorship is popular among all Americans. The Big Lie is that all Americans are fools, united behind obama. Polarization is important for several political reasons: (1) It is truth (2) It publicly confronts the lies of the obama dictatorship (3) It shows the masses that many millions are not afraid to criticize the police state and encourages their committed participation.  (4) Ideology is required for any group of citizens who want to win a political war. Polarization facilitates ideology. (5) Polarization identifies something to believe in. (6) Polarization is the necessary prerequisite for political victory. (7) Polarization begins to explain to the public how a small minority of communists, black racists and moslems got control of America because there was no organized polarization.   Polarization refers to differences in how people think politically, it refers to a political war between opposing ideologies that are driving people apart. Polarization is a struggle to clearly define friends and enemies by their beliefs and behaviors, instead of believing their lies and cover ups. Those who want consolidation of opinion are identifying themselves as deceitful infiltrators if they reject polarization.

In a keynote address in April at Bloomberg Headquarters in London, former British Prime Minister Tony Blair described radical Islam as the single biggest threat facing the world today.  He went on to criticize Western commentators who “go to extraordinary lengths” to avoid linking terrorism with Islam.  “It is bizarre,” he said, “to ignore the fact that the principal actors in all situations express themselves through the medium of religious identity.”

Although Blair suggested that radical Islamic ideology “distorts and warps Islam’s true message,” he nevertheless emphasized that this extremist movement is based in religious belief.  He added that we in the West can gain a better understanding of the Islamist ideology by remembering “the experience of revolutionary communism and fascism.”  His main message?  The “defeating of this ideology” should be at the top of the global agenda.  In short, Blair is calling for ideological warfare against “Islamism” (his term for radical Islam).

During the Second World War and during the Cold War that followed, we didn’t hesitate to engage in ideological warfare first with Nazism, and then with communism.  It was considered perfectly legitimate to go after the ideas which lay at the base of these totalitarian systems as a way of weakening belief in them.  And we didn’t particularly worry about who might take offense.  But what if the ideology that threatens you comes wrapped in the cloak of religion?  Blair calls for the defeat of the “Islamist” ideology, but how can you engage in ideological warfare if criticism of the enemy ideology is off-limits?

Interesting thoughts regarding where the line is drawn on conservatism...read more.....

The endless, partisan maneuvering and jockeying for power among the political parties and branches of government often completely masks the fact that the culture and policy wars are not just clashes between squabbling political parties, but often are really basic conflicts between fundamentally different belief systems, world views, and ideological viewpoints. But that is increasingly lost in the world of thirty second sound bites, character assassination, talking heads, opponent bashing and pundit sloganeering as well as in the blaring informational and sensory overload the average American is subjected to on a daily basis.

It is also frustrating that political and ideological labels are thrown so haphazardly around with wild abandon. Neo-Marxists call themselves progressives. Liberals call themselves moderates. Libertarians and Objectivists routinely cloak themselves in the conservative label. And let us not even begin to dwell on the various names they call each other. Rarely does the general populace know, or even care, what anyone actually stands for and believes in. Let alone why.

Ideological instruction for the average person is woefully pathetic, inadequate, or almost completely absent. High School instruction is normally incredibly simplistic and often inaccurate, while college instruction is nearly universally biased beyond any hope of redemption. And the media just adds another layer of confusion and misinformation onto the entire situation. Is it any surprise then that a great number of our fellow citizens have only the foggiest concept of the various belief systems at play and a distorted understanding, at best, of the competing world views and agendas that affect their lives on a daily basis?

To help clear the air just a little I have taken the liberty of compiling what I believe are, and should be, the core principles of the American conservative movement. This list is in no way exhaustive and is designed to be a simple, but effective, articulation of what true conservatives agree are the core beliefs of their chosen ideology. If you veer too far from the principles below you are probably, in reality, not a conservative but a member of one of the many other political philosophies that exist to one degree or another in the body politic.

I would like to hear your comments on the list I have put together below as well as any additions or subtractions you would make to it. I have attempted to boil down what can be, and often are, complex concepts to their most easily understood and basic elements while still getting the point across in an effective manner.  While these may seem like fairly common sense policies and reasonable ideals to many, the various isms of the Left oppose nearly all of them both in theory and in practice.

The most fundamental principles and building blocks of Western Civilization and the Republic deserve to be revered and protected. I believe the conservative ideology to be the political philosophy most dedicated to advocating and preserving the ideals and concepts that are absolutely essential for a strong nation, healthy culture, and successful society. Presenting these basic concepts in such a manner is essential when drawing the distinctions between various ideologies in a way that can be easily understood by the “common man.” News report: New Act of Terror!
A local militia, believed to be a terrorist organization, attacked the
property of private citizens today at our nation’s busiest port. Although
no one was injured in the attack, a large quantity of merchandise,
considered to be valuable to its owners and loathsome to the
perpetrators, was destroyed. The terrorists, dressed in disguise and
apparently intoxicated, were able to escape into the night with the help
of local citizens who harbor these fugitives and conceal their identities
from the authorities. It is believed that the terrorist attack was a
response to the policies enacted by the occupying country’s
government. Even stronger policies are anticipated by the local citizens.

Here is the actual lesson....Terrorism.pdf 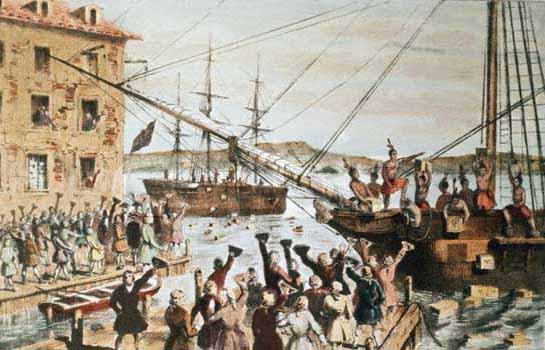 Is this not appalling?  Texas Cscope curriculum is referring to the Boston Tea Party as a Terrorist act! I would refer to these men as  Patriots!

Texas Parents wake up and speak out against this Progressive/Marxist ideology. Here is a link to another blog on this.

I recently picked up a January 2012 issue of Reason Magazine and read an article by Jonathan Haidt on the moral foundations of the Occupy Wall Street movement.  (That article described the six clusters of moral concerns—care/harm, fairness/cheating, liberty/oppression, loyalty/betrayal, authority/subversion, and sanctity/degradation) and to a survey website Haidt and his colleagues have built called www.yourmorals.org.

I'll get to my point:  the survey doesn't ask the questions that libertarians and economic conservatives would expect to be asked, and the results processing should be modified to separate moral foundations against a broader spectrum of political ideologies.

What ought to happen is that a group of big-brained people like Andrew Wilkow, Thomas Sowell, etc. would work with Haidt and his colleagues to make a better survey that actually maps morality views  to political ideologies.

A better survey would provide data that supports this article: