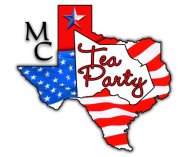 Join the Montgomery County Tea Party in Conroe on Monday nights at 6:30. Next week we will be showing Glenn Beck's show "The Project" about the infiltration of the Muslim Brotherhood in America. We meet at Montgomery County Hospital District Offices 1400 W Loop 336 S Conroe TX, 77304.. Park in the Back of the building and come to the first hallway on your left and we are down the hall. Please join us in our fight for freedom..

Note: The following items, not representing utter worship of Barack Obama, have been largely omitted from the evening news. Shame on the mainstream media . . . .
Item #1: "No administration should be the the chief investigator, judge and jury of its own actions . . ." says Senator Joseph (Joe), supposedly Independent, Lieberman has for the first time in about twenty months bucked the Democrats he caucuses with. And the Obama administration, in its turn has thumbed its nose at Independent Joe, saying they don’t want to “jeopardize an ongoing investigation” and won't share the info he's requesting. The Departments of Homeland Security and Defense have both refused to honor their subpoenas from Democratic Senator Lieberman, Acting as chairman of the Senate Homeland Security and Governmental Affairs Committee. Liebermann is charging the Obama administration and these agencies with deliberate obstruction of the congressional hearings into the Ft. Hood shootings and running a cover-up. Rajjpuut senses that it must be very difficult to prove the case against a fellow with only sixty eye witnesses. Of course, proving that case without once allowing either Army documents or testimony containing the nasty words “Muslim,” “extremist,” “jihad,” “Al Qaeda” and “Awlaki” may be more interesting. Political correctness must be served. Rajjpuut expects prompt settlement of the matter after the 2012 election.

Item #2: You remember H1Ni Flu? It seems that 70% of the vaccine created to fight the virus is about to expire UNused. Which means that a lot of money was wasted. Which also means that 80% of the people the “crucial” vaccine was supposedly of “life or death importance” for never elected to get their shots. Rajjpuut who has never received a flu shot, and never will, remembers calling this a boondoggle way back when. Well if they didn’t get their absolutely vital flu shots, and we still haven’t heard of a rash of deaths and injuries and hospital stays related to the H1N1 Flu . . . sounds like a boondoggle to anyone with ears and a brain. Now what about those complaints of disastrous H1N1 vaccine side effects; or those spray vaccines?

Item #3: If there exists a more frequently abused word in the political vernacular than “reform” Rajjpuut would like to hear it. Just as the media headlines during the Obamacare debates shouted out continually, “Republicans block health care reform”; now as we approach the merry month of May with congress debating the godawful Barack Banking and Wall Street Bill, they ring out “Republicans block Wall Street reform.” While the Republican under Bush screwed us royally with Bailout #1 and before that with Medicare Part D two incredibly massive Government Spending Boondoggles (GSBs) . . . they’ve proven, at long last they’ve earned their “fiscal-conservatives” label. Just because some Obama-worshipping cretins like Pelosi and Reid label some bill “reform” doesn’t mean it’s anything like reform. Reform takes bad situations and corrects them. Reform takes ineffective acts or, in this case laws, and makes them work. Not one item proposed and or passed by the Obama administration thus far other than the ¾- surge in Afghanistan has been an improvement of anything. To paraphrase Forest Gump, when it comes to “reform,” stupid is as Pelosi does.

Item #4: The senate denied passage today to the so-called “Financial Reform Bill” advocated by the Obama administration. The house of representatives voted to pass the more accurately described “Barack Banking Bill” by 223-202. The Democrats believe that the people are easily fooled and want this bill in the headlines till November with “Republicans Oppose Wall Street Reform” and the like. It always sounds bad to be against REFORM, never sounds good, even if it's the only thing a legislator with conscience can do. As S.I Hayakawa said in his semantics masterpiece ("Language in Thought and Action") “the word is NOT the thing.” Obama calling something “reform” is like a child molestor calling his avocation “lollipop distribution.”

Item #5: True bi-partisanship has gone completely unnoticed by both the Democrats and the riotious cacophony of the media clamoring for Cap and Trade and Obamacare and the latest Barak Banking initiatives. There was TRUE bi-partisanship with both Republicans and Democrats voting against Obamacare in the house. Both again voted together against Cap and Trade in the house and both are keeping the matter from coming to a vote in the senate. Today two Democrats voted against Barak Banking in the Senate, including Harry Reid who joined Nebraska’s Ben Nelson in opposition to Reid’s bill. However, that ever- tricky Reid just wanted to be able to re-introduce the bill as soon as possible according to parliamentary concerns. Nelson said he hadn’t had time to study the 3,137 page bill. Of course we know, almost no one else had time to “read” the bill much less study it – but that didn’t stop them from voting on it, get with the program, Nelson! And by the way, yes the House did pass Barack Banking 223 to 203. That means that 27 Democrats had the patriotism and intelligence to oppose Obama’s corrupt transformation to communism. Again it was a bi-partisan vote against Obama’s nonsense.

Item #6: A Rassmussen Reports poll today found that 60% of Americans see capitalism as better than socialism (18% disagree while 21% say they’re not sure; included in that 60%, are 43% of Democrats who agree that capitalism is better while 24% of Dems favor socialism). When the question is altered to replace the term “free market economy” for the term “capitalism,” 77% of Americans prefer a free market economy. A separate poll showed that 58% of Americans oppose Obamacare and want it repealed; while 60% say the bill will increase deficits. Some Democrats in Congress may be fooled about the Obama administration, but increasingly the voters are definitely not.

Item #7: It’s OFFICIAL: GM lied to us . . . . Since GM had not shown much of a profit recently and failed to show a profit at least five of the last seven quarters, it wasn’t hard to be skeptical. The bogus General Motors claim that they’d paid off their bailout “five years ahead of time, including interest” is certainly NOT convincing taxpayers at all and the loyal opposition is all over it. You may have seen the commericials with GM CEO/Chairman Whiteacre asking us to “give GM another chance.” GM officially announced Wednesday last week that it had paid back the $8.1 billion in loans it received from the U.S. and Canadian governments. Of that, $6.7 billion went to the U.S. treasury. Of course, unmentioned is that the GM bailout actually costs nearly $84 Billion including a huge amount of money for the Obama-contributing United Auto Workers Union so that they could own the company in large part. Of course the bailout didn’t payoff the people GM actually owed money too; nor did it pay off others who held GM debt instruments such as several retirement funds. All of the rest of the blog following this and concerning GM is from Fox News”:

Republican Senator Grassley of Iowa said in a letter that a Securities and Exchange Commission form filed by GM showed that $6.7 billion of the tens of billions the company received was sitting in an escrow account and available to be used for repayment. He called on Geithner to provide more information about why the company was allowed to use bailout money to repay bailout money, and how much of the remaining escrow money GM would be allowed to keep.

"The bottom line seems to be that the TARP loans were 'repaid' with other TARP funds in a Treasury escrow account. The TARP loans were not repaid from money GM is earning selling cars, as GM and the administration have claimed in their speeches, press releases and television commercials," he wrote.

Vice President Biden on Wednesday called the GM repayment a "huge accomplishment." You remember "Clueless Joe?" He's the one who said that winning the Iraq War will prove to be "the greatest accomplishment of this administration so far" as Obama's (let's get out, quick as we can)policies in Iraq seem to be snatching defeat from the jaws of victory . . . He's definitely not in the loop on this one, "major accomplishment?"

TARP overseer Barofsky told Fox News"I think the one thing that a lot of people overlook with this is where they got the money to pay back the loan. And it isn't from earnings. ... It's actually from another pool of TARP money that they've already received," he said Wednesday. "I don't think we should exaggerate it too much. Remember that the source of this money is just other TARP money."

Barofsky told the Senate Finance Committee the same thing Tuesday, and said the main way for the federal government to earn money out of GM would be through "a liquidation of its ownership interest."

Grassley criticized the GM scenario in his letter.

"The taxpayers are still on the hook, and whether TARP funds are ultimately recovered depends entirely on the government's ability to sell GM stock in the future. Treasury has merely exchanged a legal right to repayment for an uncertain hope of sharing in the future growth of GM. A debt-for-equity swap is not a repayment," he wrote. Rajjpuut believes GM should go into the magic supplies business – nice sleight of hand*, Whiteacre, NICE!

*By the way, the owner of 61% of GM is still the federal government . . . and the greatest conflict of interest with this story lies with the Obama administration which stands to gain public esteem if people fall for Chairman Whiteacre’s bogus claim and start buying GM stock and GM cars