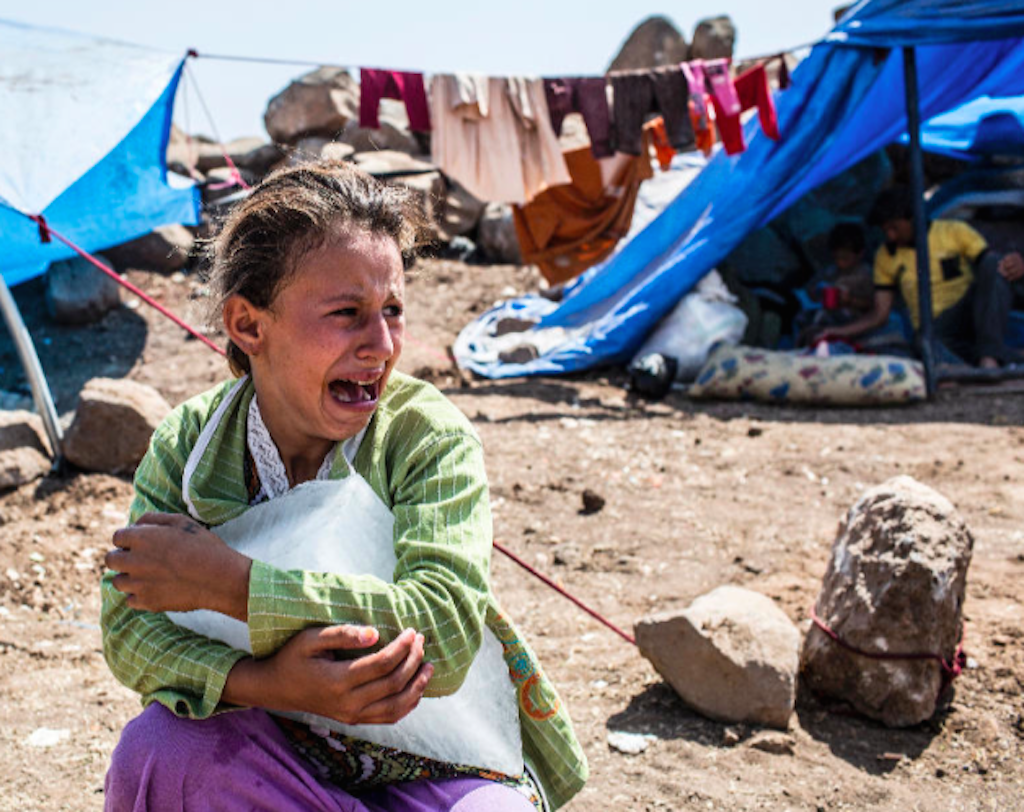 GET STRONG, DETERMINED and UNBENDING - make your legislator explain what's happening, why there are no prosecutions, and what fingers do they have in the pie!    If they need prosecuting, demand it at a state or local level.    Holder will lose his grip when the masses turn on his blatant lawlessness!

When you lift the rock, it's not a single snake, it's an unending bed of vipers, such as who pays for it, will the nation collapse, and what are the consequences.       Criminals can be held accountable in a court of law!

19 million (12.1%) were unemployed and looking for work in June and another potential 23 million equivalent jobs were lost due to working a questionable 34.5 hours instead of 40

PASS IT ON - MAKE THIS SUMMER HOTTER THAN HELL FOR THOSE WHO DESERVE IT, and bless those who endlessly sacrifice to preserve this great country!

AMNESTY SHOULD HAVE ENDED with the FACT that hundreds of millions of HONEST hard working aliens with every conceivable talent and background WANT TO BECOME US CITIZENS and the fact that 12.5 to 26.8 million citizens were jobless (December, 2012)!   We don't need ANY "guest workers!   We're in a depression!

Amnesty for 11 to 30 million felony criminal* aliens is about more than sacking our treasury $1.5 to $2.7 trillion every year, it’s treason!   Amnesty should have ended with the first realization that we don’t have enough resources or infrastructure for our own citizens… that we import 2/3 of our life-blood crude oil supply at outrageous monopolist prices, while coal is being prohibited because our president and senate forbid citizens from using their God given resources!

Amnesty is a perverse distraction to justify voiding oath of office, the Constitution, and law in order to overthrow Constitutional government! Undeniably the head of this snake is an absolute lawless government begging alien invasion while incinerating trillions in financial catastrophes they create.

ref: *Criminal means illegal entry and presence, wholesale worker-employer-government felony tax fraud-evasion and ID theft, endless theft of government funds by aliens, and governmental officials and employees, plus aiding and abetting, refusal to enforce Constitution and law, sacking the treasury, etc.  (That includes the president, senate democrats, 14 RINOs, and an endless supply of others!)

Government loses $100,295 for every $37,096 citizen net paying job they destroy! (Citizen job tax & subsidy plus the invader subsidy) A bankrupt country can’t survive allowing its elected officials to literally throw away $1.5 to $2.7 trillion per year! It’s a perverse hatred beyond reasoning!

Like the senate, the house is awash in fraud, extortion, threats, compromised “government grant” money, and the endless “bipartisan” global PAC money! Officials are openly threatened into heeling like dogs on a leash! Sedition openly festers within the belly of government corruption! Oath bound elected government officers hide this from citizens. When “unknown” domestic and foreign interests dictate official decisions that overrules Constitution and law we have treason!   Does Amendment 14 Clause 3 sound familiar?   We need legislatures that will prosecute to restore our constitution and independence.

An amnesty vote will end freedom!

Read it again – you can’t find a more demonic cancer that has divided, demonized, and desecrated every tradition and foundation of our once highly productive free Constitutional society!   Destruction to citizen productivity and independence is incalculable!  Government subsidized criminal aliens taking citizen jobs costs $137,391 each!  It’s $1.5 trillion/yr @11 million to $2.7 trillion/yr @ 20 million displaced citizens!    This doesn't include highly significant costs of aliens legally permitted to displace cirizens!

The amnesty-border issue is about lawless subversive control of government by defiance and mocking of oath and duty of office by executive-legislative officials.   Officials like Rubio, who adamantly state they can’t enforce the law and constitution, must either resign or be prosecuted for obstructing justice.    Citizens must elect officials who take their 24/7 oath and duty seriously… and recall and prosecute those who mock it!

Criminal employers pay on-the-run criminal aliens no tax cash $6/hr (same as $8 taxable minimum wage). These criminals violate tax and countless other laws, protect each other, and freely operate because the lawless US officials refuse to enforce the Constitution and law!   Instead of paying $64,300* for “same productivity”, criminal employers pay invaders $12,480 and keep the $51,820 balance.    This works for invaders and elected officials!    Officials tax working citizens $36,545**, gives it to criminal invaders, and the invader rewards criminal politicians with votes – legal or otherwise!

This is an elaborate subversive crime within government that is designed to financially and socially collapse and overthrow government.   Criminally not paying taxes eliminates $27,204 tax revenue.   Illegally subsidizing criminal aliens adds $36,545.50** spending, which triggers a $36,545** jobless citizen subsidy.   It’s $100,295/each of self inflicted theft within government.    Adding the citizen net pay loss of $37,096 drives the total to $137,391 for each citizen displaced by a criminal alien!    It’s Armageddon!

Because base market output value ($64,300) is fixed without processing or profits within productivity exchange, changes in one element has reverse effects on the other (more pay = less criminal profit)!    The extreme $51,820 criminal profit begs minor price cutting that will drive legitimate competition into bankruptcy and create predatory monopolies!   Government corruption created a $6/hr cash tax free wage bases, wholesale lawlessness, a collapse of skilled trade & construction jobs, and incredible disincentives for working citizens!

It’s a heinous criminal enterprise run by corrupt government officials.   The imbedded current economic cost of $1.5 trillion @ 11 million to $2.7 trillion @ 20 million alien workers will collapse our economy if not stopped!     That cost will disappear when executive-legislative officers start enforcing the Constitution and “laws there-under!”    The crime is high treason.    It couldn’t be more serious!

The highly educated and experienced senate body is more than qualified to multiply $100,845 times 12 million and then 20 million to determine the economic productive value of an average working citizen is $1.1 trillion per year @ 11 million and $2.0 trillion @ 20 million workers.

IF THE GANG OF 8 & USA LEGISLATIVE-EXECUTIVE OFFICERS, CRIMINAL EMPLOYERS, AND 11 TO 30 MILLION CRIMINAL ALIEN INVADERS  COMPROMISE “TOGETHER”, HOW COMPROMISED WILL YOU BE?

Taxpaying Citizens – they’re trapped in a Chicago Bloggo blizzard of global monopolist-government run economy with a $1 to $3 trillion pipe line from the treasury to international tyrants & pirates!!   Ever wonder how the most productive society in history is now $16 trillion in unpayable debt, with SSI bankrupt, record business failures, record unemployment etc., etc....

Made in China?   “TAX-FREE-GE’s” model ant hill economy – transferred the productive infrastructure, technology, and capital from America to China, build the ant hills, filled them with live-in state owned slave workers, then “trade” consumption familiar brand goods to USA for USA accumulated wealth, when wealth runs out & chaos moves in, weed out independent ants, and make new ant hills in for the remaining obedient US  workers – a Soros wet dream… right out of a James Bond movie.

The gang of 8 will institutionalize this catastrophe into a permanent lawless tyranny, just like the old plantation, except with equal opportunity for extermination!    Fraud is still a felony and sedition is still treason… only if enforced!   The only weapons we have are truth and consequences & if we can’t quantify that in terms of survival dollars… The enemy wins!   Listen to what the slick tongue of Rubio says & tie to the facts of what he and other progressives will do to YOU and future generations!

IT's PAST TIME TO MAKE LIFE A LIVING HELL FOR ALL TRAITORS AND THIEVES!!!

Dollars work!    It's our sweat  blood!   Hold their nose to the fire, especially when get into racism, Christian compassion, duty.   Our duty is to God, Country, family, certainly not crime & perversion! 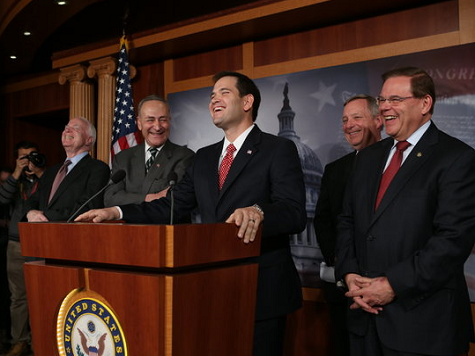 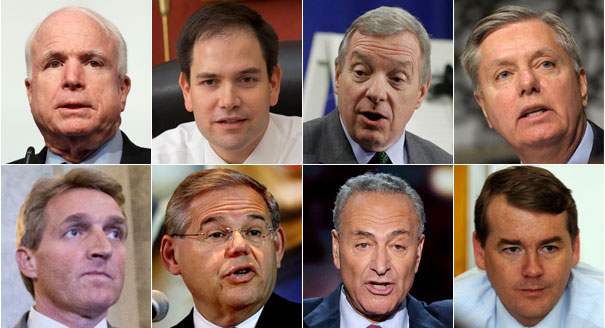 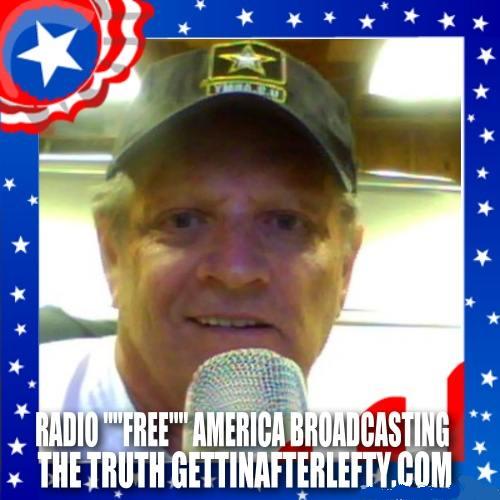