Obama’s War: US Soldiers Are Told They Are Fighting For The Afghan People, Not For The US 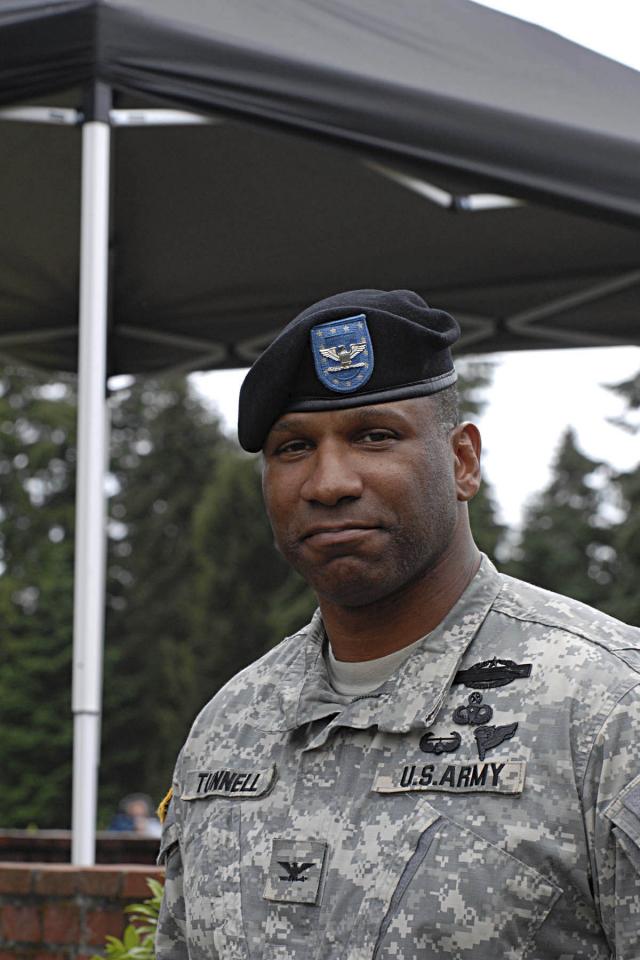 An American hero, Colonel Harry Tunnell IV, Commander of the 5th Brigade, 2nd Infantry Division, documented the truth about the war in Afghanistan.

What Obama is really doing in Afghanistan is treasonous.

Dated August 20, 2010, a letter was written to John McHugh, Secretary of the Army, signed by Colonel Harry Tunnell IV.  In the letter, four significant factors about military operations in Afghanistan were revealed.

1.  When US soldiers arrive in Afghanistan, they are told that they are fighting for the Afghan people:

“Soldiers join the military today to protect the United States, yet they are told once in Afghanistan that we are fighting for the Afghan people – this is a rather mercenary outlook and ignores the fact that the United States was attacked September 11, 2001.”

2.  Contrary to the lies Joe Biden told the American people during the VP debate on October 11th, Afghan Security Forces are not able to be properly trained:

“The idea that Afghan forces can lead operations such as Marjah, as was touted in the media when the operation began, is pure fancy.”

“As part of our formula for success we place a remarkable amount of emphasis on the Afghan Security Forces without understanding the men who make up that force.  It is very unlikely that we will be able to provide Afghans with a level of education and training to make them an independent and reliable force that can deny Afghanistan as a safe haven to terrorists…. The Soviet Union’s attempt to create a professional independent military collapsed as soon as the Soviets withdrew (from Afghanistan), which is what contributed to the ascendency of the Taliban.  This should provide an obviously cautionary tale.”

“An overview of a few cultural behaviors of Pashtu men might help one make an informed assessment about the efficacy of plans requiring independent performance from Afghan Security Forces – to determine if the objective is consistent with the reality.  This cultural information is well known, there are numerous anecdotal reports, and there is a growing body of research from Human Terrain Teams and others.”

“… Afghan security forces… lack of technical skills… Out of a class of ten at our recent academy to train a Fire and Rescue Service for Spin Boldak District, only two of the trainees had ever driven a vehicle – and that is giving credit to the trainee who had driven a tractor once or twice in his life.  Even simple tasks… present challenges.”

“Attempts to integrate women into the security forces… Afghan males are among the greatest misogynists in the world. The Burqa is not a Taliban invention; it is a Pashtu cultural norm.”

“Health and hygiene will not be maintained at an acceptable level… Afghan military units – particularly small outposts – are bastions of filth.”

“Aberrant sexual behavior is acceptable. Considering the misogynistic culture… There is an acceptance of pedophilia that is wide spread and boys are sometimes kidnapped.  Leaders have been known to sexually assault male subordinates…”

“…the population does not like how the Taliban deliver but the incontrovertible fact is that the Taliban are Pashtu and their cultural norms are the same as any other Pashtu male… In fact, religiously inspired Pashtu movements are a traditional part of life in southern Afghanistan.  The British… had a nickname for them: “Mad Mullah Movements”.  The most frequently ignored fact is that the average farmer in southern Afghanistan will appreciate far more what Mullah Omar is proposing than what we are…”

3.  US military resources are misappropriated, leaving our US soldiers ill-equipped and vulnerable to greater risk of death and injury.

“Formations that are assigned maneuver tasks without the requisite training or equipment will suffer increased and unnecessary casualties.”

“There are two important things to note: (1) this mission, to secure Kandahar City and its environs, was exactly how American forces were arrayed before being dispatched in the ill-conceived freedom of movement mission and (2) all of the maneuver was done by United States Army units – an extravagant use of tens of millions of American taxpayer dollars to placate British units and commanders.”

“In addition to marginalizing American leaders, British forces take advantage of American resources such as Full Motion Video from Unmanned Aerial Systems, Route Clearance Packages, and other capability that should go to American soldiers.  We had instances when these tools were denied to American troops in contact because they were not released from British control (even though they were observing no enemy activity).  A more direct example of disregard for Americans is the manner in which Task Force Helmand addressed the catastrophic IED strike on an American engineer vehicle supporting their operations.  The vehicle was attacked with an IED and one US Soldier was killed.  The killed and wounded were evacuated, but the remaining Soldiers were left for several days on the disabled vehicle before recovery…. American engineers were eventually forced, at great risk, to get the equipment themselves – having another Route Clearance Package battle damaged in the process.  Another instance… when conducting a joint resupply patrol with the British and was abandoned half way through the patrol.  The British took the American Route Clearance Package and simply left.  The engineer task force sent two Route Clearance Packages to recover this BSB patrol – it took two because the first one was blown up.”

“The denial of American resources to American soldiers that is commonplace is heart-breaking.  The United States and Romania allow military personnel to travel on aircraft that do not have armor or defense capability, but several other partner nations do now.  The result is that foreign military members are frequently prioritized at a higher level to fly on United States military aircraft which takes seats from Americans who are left to fly civilian contracted air.  We expose our own service members to greater danger for the convenience of our partners and the American taxpayer, who has provided this capability for the protection of Americans, is deceived.”

4.  Rules of engagement were changed under Obama’s command, thus ensuring greater risk of death and injury to our soldiers.

“Our potential for greater coalition casualties does not have to be inevitable, but due to our flawed approach to operations we wind up enabling our enemy.  The population-centric approach which places the population as the center of gravity is applied to the point of absurdity.  The enemy is entrenching himself among the civilian population as we cede to him territory and lines of communication.  Our poor military approach, inadequate tactics, and haphazard operational art are compounded by NATO partnership in general and British leadership specifically.  A gross lack of concern for subordinates manifests in guidance that “zero” civilian casualties are acceptable and coalition soldiers may have to be killed rather than defend themselves against a potential threat and risk being wrong and possibly resulting in injury or death of civilians – a verbal order from MajGen Carter.”

“Population-centric approaches to war have resulted in senior officers that are almost pacifistic in their approach to war; while they may have a public persona that seems offensively spirited, that is not the reality when they are issuing guidance to subordinates.”

“It is clear that US Army units are employed in ways that are grossly inconsistent with sound military tactics.”

“Related to the emphasis on the population, and ignoring an improved capability against the enemy, is the contempt for technology… We are far behind where we should be and this has contributed to increased American deaths and non-combatant casualties while our enemy retains freedom of movement and maneuver locally, regionally, and internationally.”

These truths in Colonel Tunnell’s letter are corroborated by the dramatic increase in US soldier fatalities, injuries and suicide under the Obama regime.  As recorded by ICasualties, here are the number of fatalities and wounded to date:

Recall that on the campaign trail in 2008, Obama told the American people that Afghanistan was the war we needed to be fighting.  The media promoted this and the majority of Americans unfortunately believed it, along with all the other lies, and elected this man into the Presidency.

Less than a year later, in August 2010, John McHugh received Colonel Tunnell’s sobering letter and has done absolutely nothing to address the reality of the conditions on the ground in Afghanistan and the unspeakable risk to our beloved soldiers.

How can we be sure John McHugh has done nothing to slow the slaughter of our soldiers?  The skyrocketing rate of US soldier fatalities, injuries and suicide has not subsided; it has remained consistently high throughout Obama’s Presidency.

Who gives John McHugh his marching orders?  As the Secretary of the Army, John McHugh carries out the orders of the Commander-In-Chief of the United States – Barack Hussein Obama.

Despite recent reports that US soldiers are being killed by the Afghan’s Security Forces they are ordered to train, Obama and McHugh have done nothing.  They render our soldiers virtually defenseless among terrorist predators that may be right next to them.

Weakening our military strength is deliberate and occurring on several fronts.

Even if Obama loses in November, he will remain at the helm for another three months.  That timeframe may prove to be the most dangerous for our soldiers and our country.

Telling US soldiers that they are fighting for the Afghan people is treasonous and Obama, by his actions as Commander-In-Chief, has created the conditions for the unnecessary slaughter of so many of our soldiers.  This is not a mistake or incompetence; this is deliberate.

Those who want our troops to come home now are on the right side of history.  As long as Obama is President, our soldiers remain in danger.  Colonel Tunnell’s letter, coupled with rate of death, injury and suicide under the Obama regime eliminates any doubt about the danger.

Trevor Loudon, political activist from New Zealand and author of the book “Barack Obama and the Enemies Within,” provides factual information, connections and insight into Obama’s deliberate plan to weaken our military beyond repair.  This video is a must see…

“The willingness to combat an enemy cannot be turned on and off like a light switch.  Leaders are willing to conduct operations at the tactical and operational levels of war to decisively defeat the enemy or they are not.  Soldiers join the military today to protect the United States, yet they are told once in Afghanistan that we are fighting for the Afghan people – this is a rather mercenary outlook and ignores the fact that the United States was attacked September 11, 2001.  If we have an Army led by people unwilling to defeat a disorganized illiterate adversary such as we face today, even after a despicable surprise attack on our nation, there is little hope that we can defeat a modern sophisticated enemy that we may face in the future.”