Sgt. 1st Class Dillard Johnson is the deadliest US soldier on record – with 2,746 moslem kills.

Yet he only received a Silver Star. In any other army in the world, he would have received the equivalent of a medal of honor or victoria cross. America's highest decorations are reserved for life saving of one individual because the US Army no longer fights to close with and destroy the enemy and they don't care how many of our soldiers are killed or maimed. Think how many American soldiers were saved by the annihilation of the equivalent of an entire  enemy brigade. The US Army is controlled by neo-communist Clintonista generals who believe that excellent combat heroes are "murderous thugs." They are pro-moslem and have fired many US officers up to bird colonel rank because they spoke out against the murderous moslem killer cult. It is our duty to stage the second American Revolution and eliminate all neo-communists from government, no matter what the cost.

You would think that Republicans are rejoicing.

Instead it appears Sanford will be, at best, tolerated not embraced.

Do I like his “technicals” – Show me anybody with a better background.

Even though he stood in public, apologized for not answering questions I had written to him, promised that those answers would be forthcoming, and then stiffed me.

My vote came after considering the alternative.

But as somebody (Mark Kelly) once said….  “We have met the enemy and he is us,”

Or will they show true Leadership and build a team?

Like it or not, House Members, Mark Sanford is yours. If nothing else, milk his talent!

But preferably. realize that The Enemy is Beyond….. and for America’s future, WORK TOGETHER!

DO NOT BE STUBBORN!

DO NOT BE STUPID! 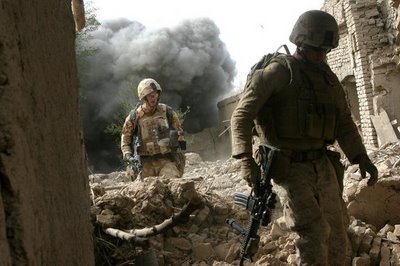 "It is well that war is so terrible -- lest we should grow too fond of it." *Robert E. Lee*

They're dead, kaput, blotto, room temperature, pushing up opium poppies. DEAD!  Hey, maybe good old American brand urine helps to ward off blow flies and dung beetles. Really, how does a young Marine peeing on a guy he has just killed make the dead guy any more dead? Frankly, Marines, having won a victory in combat, marking that victory with a group leak on the bodies of their vanquished enemies is about six degrees more virtuous than anything you would see at at university frat party.

The images of four, young  United States Marines piddling on the carcasses of Taliban soldiers has seemingly ignited a firestorm of indignation across the globe. I assert that the "indignation" is feigned; a pathetic attempt by high-level politicians and media twits to appear politically correct and oh, so apologetic to Afghan sensibilities. Inwardly most Americans are cheering the act of young men who just won a victory in battle behaving like young men who just won a victory in battle.  The "sadness" expressed by John McCain is a load of hooey. Leon Panetta's knee-jerk call for a probe  into the urinating incident is political posturing from an administration sympathetic to our Islamic extremist enemies.  I don't need to go into the depth of depravity and danger presented by Taliban goons. I am simply defending young men being young men.

The Marines in question won a death defying fight against foes who would kill them in an instant, and their mothers, and their children if they had any, and would enslave their wives if they happened to live in Afghanistan. But above and beyond the victory over a depraved group of enemy combatants, this was the act of soldiers making the point that their enemies suffered a final and ignominious defeat.

Some have called this an "act of desecration."  The word "desecration" infers that something sacred has been violated. There is nothing sacred about the Taliban whom were justly taken out by our Marines. These young Marines were desecrating nothing.  They were simply warning others that an ugly fate awaits those who defy American forces.  The apparent ugliness of peeing on the bloody remains of an enemy is actually a pretty good deterrent to future acts of aggression by an adversary. Good old American brand urine may actually, in the long run, save lives.

Robert E. Lee stated that "It is well that war is so terrible -- lest we should grow too fond of it." It is a good thing that war is ugly. The sanitized and tentative war fought, not to win a decisive victory, but to minimize civilian casualties, is also the protracted, expensive, bloody, destructive, futile war.

Let victory be what it is, especially victory over a particularly venal enemy. Our military servicemen and women are in what is called "combat" on a regular basis. That means that there are grotesquely bad guys out there who will use any and all means to kill them, including strapping an explosive belt on a child and sending said child out as bait to the good guys who have an instinctive compassion for children. Islamic extremists use American tolerance and compassion against our soldiers, and our system of government.  When those bad guys kill our good guys, they will not only urinate on the bodies of dead Americans, they will drag them through the streets, separate their heads from their torsos, light them on fire, hang them from bridges, and pull them to pieces before a delighted audience of women, children, old men, and video cameras which will then upload the images of dismembered Americans to be broadcast on Al Jazeera and Youtube.

War necessitated by the actions of national enemies from whom the United States must be defended is not immoral. Men and women who fight and kill in the name of their country are not committing wrongful acts. They are conducting themselves morally within the framework of national conflict in a contest between good and evil, freedom and oppression, life and death. It is not wrong to fight to win an authentic war, in all its blood, dirt, pain, and intensity. It is wrong to pretend that war is not war. Brothers and sisters, we are at war. Marines marking a victory by humiliating further their adversaries, dead and living, by urinating on their corpses is no more than an exclamation point to the sentence of death to barbaric and bloodthirsty foes.

S.3081 - Enemy Belligerent, Interrogation, Detention, and Prosecution Act of 2010
A bill to provide for the interrogation and detention of enemy belligerents who commit hostile acts against the United States, to establish certain limitations on the prosecution of such belligerents for such acts, and for other purposes. view all titles (2)
http://www.opencongress.org/bill/111-s3081/show

What is an " enemy belligerent?" Got any ideas........... Can someone explain this?
~~~~~~~~~~
Here's another:
S.773 - Cybersecurity Act of 2009 (Looks like no more freedom to information)
A bill to ensure the continued free flow of commerce within the United States and with its global trading partners through secure cyber communications, to provide for the continued development and exploitation of the Internet and intranet communications for such purposes, to provide for the development of a cadre of information technology specialists to improve and maintain effective cybersecurity defenses against disruption, and for other purposes. view all titles (3)
~~~~~~~~~~~~~

Only through direct participation can we affect the outcome through democracy. This is the link to the site to cast your vote. A vote is powerful and no one listens to someone who's screaming.
http://www.opencongress.org/bill/all
I might not be here much longer but I pray for all of our children and apologize to our forefathers. I hope you will participate in the OpenCongress site.
Read more…