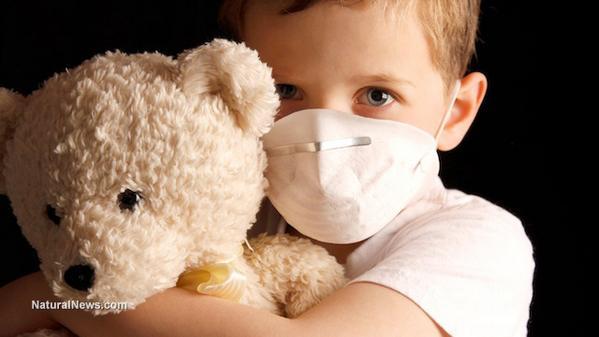 I discovered a new report from the World Health Organization (WHO) this morning that destroys Mr. Obama"s and Dr. Frieden's arguments that Ebola is not such a concern...

The period of 42 days, with active case-finding in place, is twice the maximum incubation period for Ebola virus disease and is considered by WHO as sufficient to generate confidence in a declaration that an Ebola outbreak has ended.

Recent studies conducted in West Africa have demonstrated that 95% of confirmed cases have an incubation period in the range of 1 to 21 days; 98% have an incubation period that falls within the 1 to 42 day interval. WHO is therefore confident that detection of no new cases, with active surveillance in place, throughout this 42-day period means that an Ebola outbreak is indeed over.

The announcement that the outbreaks are over, in line with the dates fixed by the subcommittee on surveillance, epidemiology, and laboratory testing, is made by the governments of the affected countries in close collaboration with WHO and its international partners.

Official announcements for the 2 countries will be made on the WHO website."

Our CDC is releasing people long before 42 days have expired - placing the entire Nation, ourselves, our Children, our Families at risk of lethal infection - on what?

A fantasy it won't happen here?

Seeing as WHO is the organization who has been dealing with Ebola for decades - isn't it reasonable to believe they might know more about this than Mr Obama or the CDC?

I have written my own elected and the media - I strongly encourage those reading this post to contact your own.

Mr. Obama and his entire regime must be removed immediately - not tomorrow. There is NO possible argument he or any of his administration can make that will mitigate this lie. It is patently unbelievable they would not have already known the true incubation period of this disease.

Mr. Obama is taking another of his "risks" - only this time he is risking the lives of Americans... millions of them.

This goes far beyond charges of simple "treason"... Are we as Americans entering a period in our history where the US Government is the source of every crisis? Yes we are because the powers that be want to dominate the population by fraud or conquest. The oligarchs who control the puppet President Obama wants America taken down. They want to play God over our existance and every aspect of our lives. These super rich people cannot coexist with the middle class and a free people because everyone is a threat to them in their own minds.

We are seeing the whole house including the kitchen sick thrown at us using fear and trying to impart learned helplessness. It is the agenda of the tyrants can gain control of the people hoping the citizens will cave into their demands, saying” we can stop the crisis if we just submit”. These elites are like the school yard bully telling us to cry” Uncle, here is my lunch money” so they will let go of our arm they twisted behind our backs. The pain stops, but now we are hungry because people will give their lunch money every time instead of taking a stand saying no. They use fear to get their way in a crisis they started instead of the people pushing back against the bully exposing them.

The only real threat to the American people is the US Government who facilitates the crisis because they stand to gain from it if they can get away with it. It is time to expose the US government as the problem and not the solution. Every time they say “ I am from the government. I am here to help”. It comes with tyranny and a loss of freedoms in the name of security at the end of the day. History shows people get neither freedom or security when they surrender their liberties.  Does anyone remember what happened after Hurricane Katrina? Instead of going after the gang remember shooting at first responders trying to rescue people. The government went to the high and dry areas where people were not affected by the storm confiscating the guns.

Right now they are allowing illegal aliens from Mexico, Central and South America with contagious diseases and flying in people infected from Africa with the deadly Ebola virus on US soil putting every American at risk. This is all being perpetrated by the US Government. This is an attack on the American people as a way to attempt to break our will and submit to the dictatorship inside the White House.

So where is the agenda behind this all? First, President Obama wants our guns out of our hands to bring in the red terror like it was during the red terror in the old Soviet Union since 1917 to 1991 in Russia were millions of innocent people were executed that had no means of self defense.

Do not forget when President George W. Bush singed Presidential Directive-51. This document is declared classified where congress can not see the document that allows the President on his own whim with broad dictatorial powers outside of Congress. The President can declare anything to be a national emergency. Using Ebola or one of these or many of these epidemics brought in by these illegal aliens coming across the border as a justification for a declared national emergency under PD-51. The President might try to go after the guns using a national crisis under the guise of a medical emergency caused by the US government on purpose to disarm the American people.

Under the recently signed Executive Order 13295. Now American citizens with a perceived respiratory  illness who may not be sick can now be detained. No mention of detaining Illegal aliens with real respiratory illnesses that are contagious and a public health threat to the population. Under Obamacare, Doctors can refuse treatment if people do not tell the authorities where are the guns. If they do not turn in their guns, they will not get any treatment.