With the rise of Islam, there is also a rise in anti-Semitism in the world. I guess its time to look at the better side of the issue and how it affects all of us. Jews with their great contributions to civilization are in many ways a microcosm of humanity in general. They have suffered much for their specific role in what I see as God's salvation plan for all of us, regardless of race, creed or national origin. Others may have differing opinions to spew, but the time has come to again see the Beauty of what God has wrought in the midst of inevitable wars and threats of wars among the sons of man. It goes all the way back to our first common parents – Adam and Eve if you will. When Cain slew his brother Abel out of envy and disobedience, it set the mold for all future conflicts.

God loved both Abraham’s offspring, Isaac and Ishmael equally and honored his covenants with them. Isaac, the forbearer of the Jews had a prophetic messianic mission Christians see fulfilled in Jesus the Christ. Jews aren’t ready for that conclusion, but they are not lost in the eyes of G-d.  They’ve borne their burdens steadfastly. King David was “a man after G-d’s own heart!”

Ishmael, the forbearer of the Arab peoples and Islam, could be the sand grit (pun intended) to irritate a world that has become too comfortable and power lusting at the top while seeing drastic human population reduction as their eugenics ideal of a wonderful, pristine “green” Earth devoid of undesirable people. Ishmael must learn that a hand extended in love is far more powerful than one yielding a sword. Isaac must remain obedient to G-d and love the Goya of all faiths and cultures.

Humans, being what they are have yielded the same misguided envies that drove Cain to slay Abel. It’s that God-given free will we exercise so poorly! We see it played out today in an epic spiritual battle that is getting nastier every day. Treating the situation as politics as usual, we do so at our own peril. It runs much deeper and requires a complete redirection of our collective moral compasses. In the end, it is not the Satan-coveted bloodshed and promiscuity that will prevail, but Love and an appreciation for the true diversity of mankind. Our Creator endowed us with myriad gifts and talents and gave us the right to discover, develop, and exercise them in a responsible way as good stewards of Creation and the souls of those we influence. This true diversity is an all-inclusive offset to the temptations that drive men and women to seek sexual satisfaction outside the marriage covenant between a man and woman through which society thrives and survives.

I’m writing as a Catholic Christian who researched an idea of how the biblical Adam and Eve our first parents were given a promise of redemption as they left the Garden.. How would that promise be passed down from generation to generation over about 55,000-60,000 years of human growth and migration? There were no books, no stone tablets that could be carried as humankind grew and dispersed about the planet. There is DNA however. Science has proven we did indeed come from a common human parentage from East Central Africa, regardless of race, creed or ethnicity. www.nationalgeographic.com/genographic  What are we fighting about? Donate blood – anyone can use it if it’s their type! You may actually save a life.

My premise, like many before me, including the Magi and the Star of Bethlehem, is that the promise of redemption was written in the stars and constellations – easily discerned from their more ancient names. For example, the constellation in Virgo called “Berenice’s wig” was originally Comah, “the Longed For.” It depicts a virgin girl holding a small boy called “Shes-Nu” – the Desired Son. It is the very first of the most common and beautiful subject of painters; Madonna and Child. Aristotle noted in 332 BC that the Greek mythology of his time was “a perversion of ancient wisdom.” How ancient? This is as ancient as human (spiritual) history gets. I don’t know what the beings were who preceded God’s dealings with our first parents any more than I can answer my 4 year old cousin’s question back in 1944 – “Mommy, how high do you go to get to the top of up?” … or what’s beyond the furthest star, or how long ago is eternity past? Humbling mysteries all.

Civilizations rose and fell, with each evidencing conflicting religious and power drives – for good and evil. In that sense, all civilizations are alike, yet they are all different. They seem to carry the same hope for salvation and eternal life and the same vision for ruling the world around them.. Even the Aztecs in their mythology were waiting for a woman to appear on the hill of Tepeyac in today’s Mexico City. The appearance of Jesus’ mother Mary to Juan Diego in 1531 accomplished the conversion to Christianity of 10 million Aztecs in less than 9 years and ultimately the conversion of the entire Western Hemisphere that led to its first Pope in 2013. The maguey cactus tilma with a seam down the middle where she implanted her miraculous portrait is still with us. The portrait has been subject to weather, candle smoke and deep scientific investigation, a bombing, and still retains its amazing color and story. She is known as Our Lady of Guadalupe. Even the stars on her cloak reflect the constellations visible on December 12, 1531. This Jewish mother of ours sure got around – even to inspiring Mohammed to declare her the most important woman in Islam 800 or so years earlier.

What else does this have to do with the Jews? With each Tribe of Israel having a Zodiac sign, they are like actors in a school play where 12 children each carry a sign telling part of a story with its various components. The story was laid out in the stars in 48 constellations for Adam and Eve so all humankind can share in the hope. The story begins at Virgo and ends at Leo - 180 degrees opposite the starting point of the astrologers. It is further verified in an Egyptian temple where a sphinx with the head of a woman and the body of a lion rests between Virgo and Leo - the beginning and the end of the story. According to the Virgo to Leo sequence, a virgin born Desired Son will suffer, overcome and free all mankind and end up as the Lion of Judah who will reign forever –a wonderful prophetic story of hope thousands of generations have shared with their children as they gazed into the heavens. I know, I did it with my kids and they begged for more. That’s why I’m not so quick to buy the detractors’ idea that Christianity drew its religious thought and ritual from pagans. Pagans before Christ had to have a sense of the plan in the stars, but were not n a position to project its fulfillment as were the Jews. The thread running all the way back to our first parents ties God’s covenant with them to our time and beyond.

Jesus observed Torah in his time on earth and never negated it, only to chastise those leaders who put unnecessary burdens on the people, and to fulfill myriad promises and prophecies. Later, in a vision to the Apostle John in the New Testament Revelation, he alluded to "the synagogue of Satan - those who say they are Jews, but are not!" In the Zodiac, the sign of Israel is Pisces - two fish bound by bands to a monster that appears to be the evil one. One fish is striving for its heavenly reward when freed from this earthly trial (God's Chosen People). The route to Ursa Minor in Cancer, the gathered flock of Israel, is through Andromeda in chains to the freed Cassiopeia. There are 4 constellations in each zodiac house that tell the whole story displayed in the stars God named.

The other fish of Pisces is seen swimming upstream in the opposite direction of the flow of the redemption story in the Zodiac stars and constellations. In my opinion, this fish defines "the synagogue of Satan" referred to in Revelation. It has cost millions of Jewish and Gentile lives; for this fish and its Gentile counterparts’ disobedience and idolatry.

I couldn't help seeing the connection between a California Jewish Senator who not only publicly and under the table disdains and fights Constitutional rights, but blazes overseas business trails for her husband. This includes participation in the insanity of the former Vice President rejecting the purchase of his failed “Current TV Network” by the very patriotic Blaze TV in favor of a sale to Al Jazeera. With Sharia favoring, therefore Constitution hating ownership on our own soil, it becomes just another nail in America's coffin. It would have been better to appreciate her beauty and accomplishments in ways that are actually peaceful and productive.

I'm in no position to judge anyone, but discernment is a wonderful gift from God would we choose to apply it. I see the likes of ("Jewish") legislators from the East and West Coasts in particular, many members of the ACLU, Emily’s List, Daily Kos and their America-hating ilk, openly violating G-d's laws and Jewish tradition, colluding with the enemy at the expense of all. One has to wonder what synagogue they "attend" and which god they serve. (We Gentiles have our own “churches, temples and mosques of Satan!” Too many infiltrate Congress, shilling for terrible corrupt handlers in the White House or worse, “killing; thinking they are doing God a service.”)

Being a microcosm of the human dimension, Jews with their two fish of Pisces, the same heaven-bound hope versus stubbornness and idolatry is being played out all over the world. It can and will be better. G-d honors his covenants even if we fight him all the way. 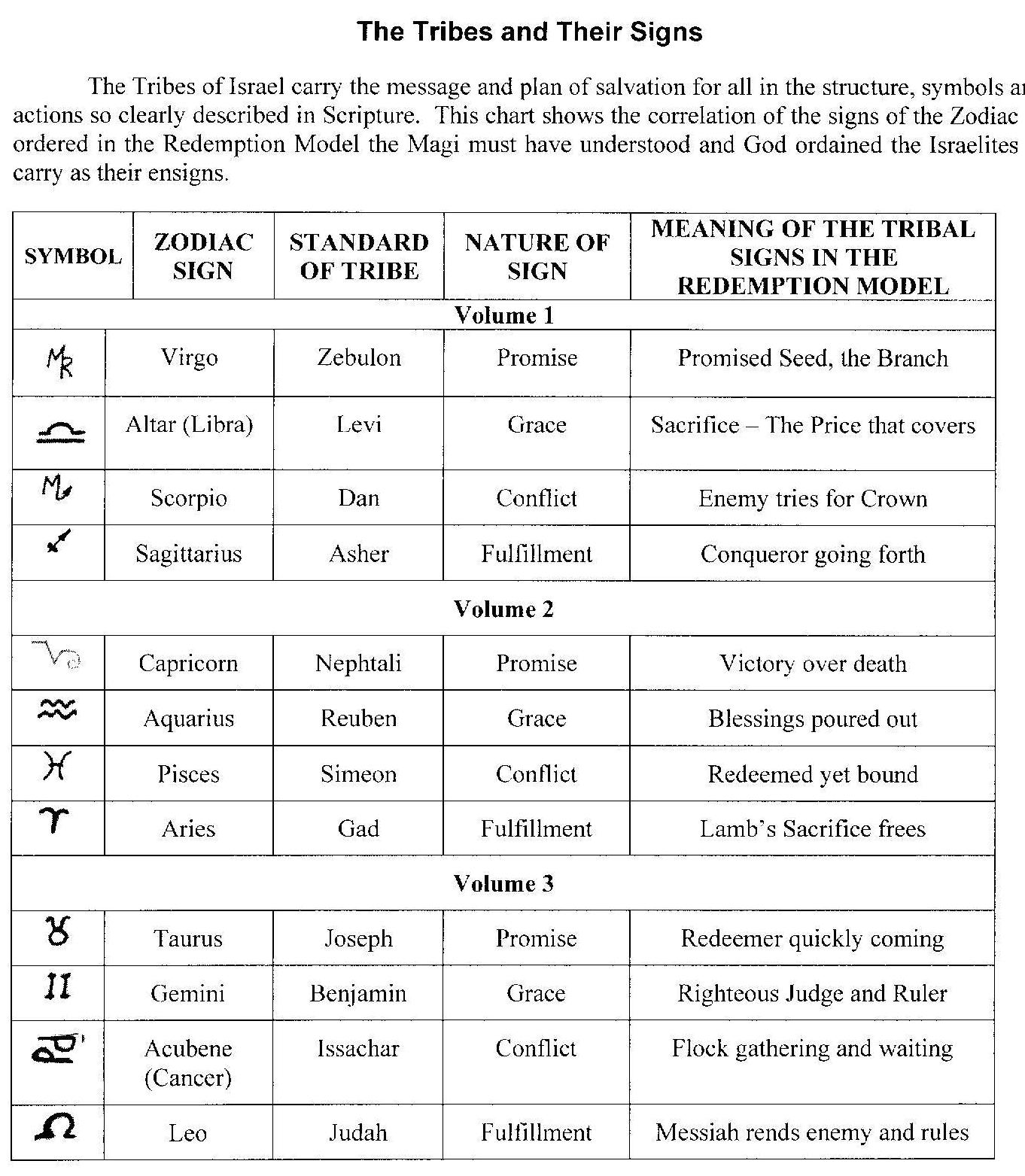 I wrote a 335 page book on the subject of God's plan of salvation for all humankind. “God’s Prophetic Zodiac plus BELs and Whistles on Human Behavior” ©2007 Gerald V. todd www.lulu.com in print or download.