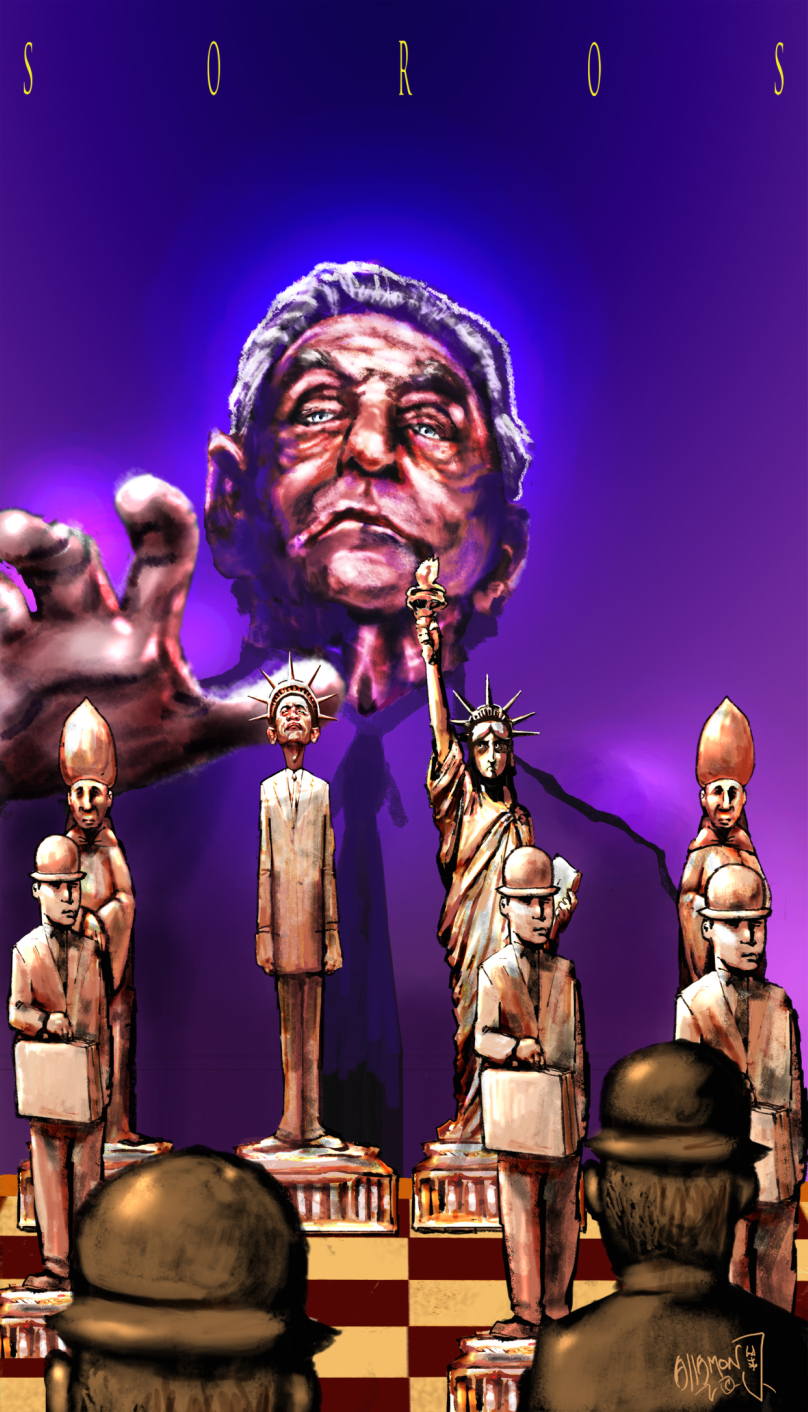 Big Daddy Soros gave $6.1 million to liberal groups linked to the IRS targeting scandal.
One News Now reported back in May 2013:

Dan Gainor, vice president of business and culture for MRC, says the scandal could be traced to a series of letters that two liberal groups — Campaign Legal Center (CLC) and Democracy 21 — sent to the IRS in 2010 and 2011 asking for an “investigation” of political consultant Karl Rove’s Crossroads GPS.

“What they need to focus on is this timeline,” Gainor suggests. “We actually carry the timeline here, and the timeline is when these lefty operations sent their letters to the IRS and what the IRS did soon after.”

Pro Publica, The Huffington Post and Mother Jones were just a few of the accomplices that helped instigate IRS investigations. But as of 2010, Pro Publica received a two-year contribution of $125,000 each year from George Soros’ Open Society Foundations.

“It is a who’s who of far-left organizations,” the MRC spokesman offers. “Remember — this is George Soros, who has given $8.5 billion to charity. Of that … that we could track, $550 million has gone to liberal operations here in the United States.”

READ MORE AT: The Gateway Pundit!!