With millions of Americans preparing to lose their health insurance to be forced into a government-run exchange, a Democrat pollster has called insurance companies "a fantastic enemy."

“For the life of me, I do not understand why we as Democrats are not aggressively blaming that on the insurance companies,” Celinda Lake said on Monday during a media breakfast marking the release of the George Washington University Battleground Poll alongside Republican pollster Ed Goeas.

“We ought to say, The insurance companies are absolutely undermining this,’ and they don’t want to have policies that meet the minimum requirements and we’re not going to stand for it,” she continued. “It’s beyond me why Democrats don’t go after insurance companies for engaging in these practices. We’ve always said we’ll see what works and we’ll fix what doesn’t. Well, this is something we should fix.”

Insurance companies deserve their fair share of the blame for ObamaCare.  They went along with the scheme in the hopes the government would pad their profits.  But now, one can hope, they are begining to understand, they made a deal with the devil. 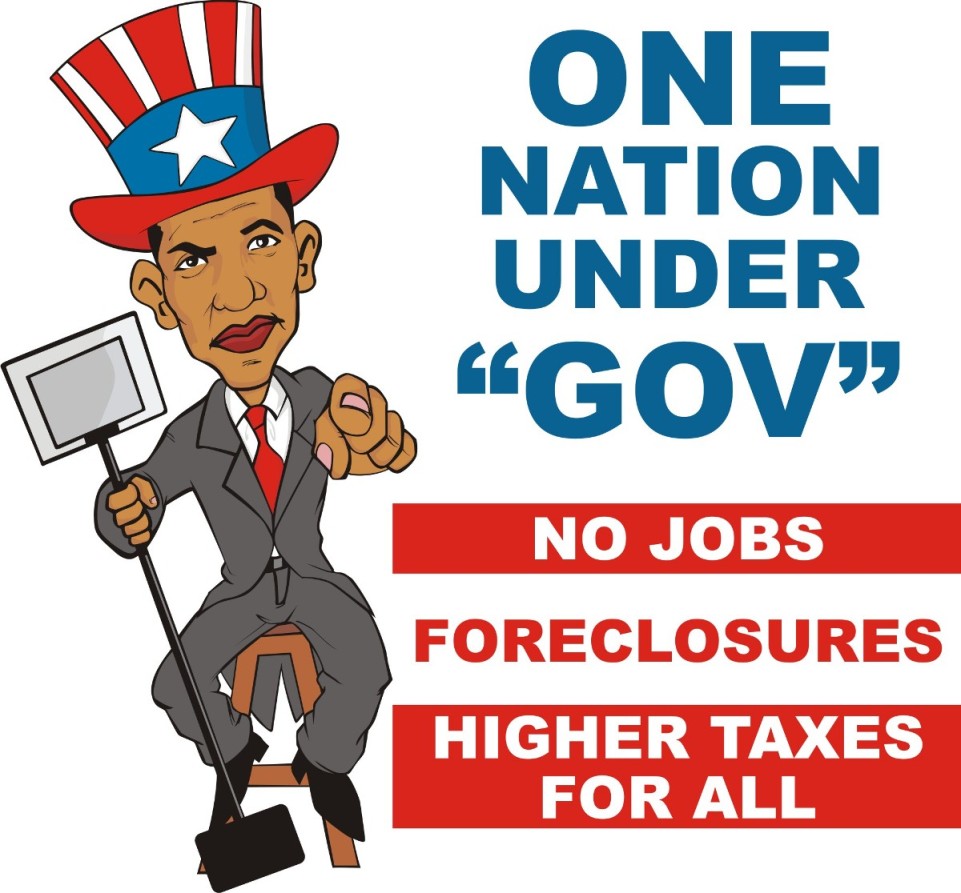 by little tboca Times are tough; Americans are struggling just to keep food on the table. Many who are unemployed have given up looking for a job; they’re totally discouraged, angry and confused.College graduates are flipping pancakes at McDonalds, taking any part time job available and many have moved back to their parent’s home - they’ve lost hope.Seniors are finding higher health costs, less care and are being turned away by some PC’s. Instead of enjoying their retirement, seniors find that daily cost of living is increasing at a terrifying rate. Gasoline prices have soared, inflation has kicked in big time and many are finding retirement funds are dwindling and this is one of the scariest times of their lives.Here’s 10 questions that should be answered and after answering them look at yourself in the mirror and say, “What has happened to America the Beautiful, what do I want for my family, my grandchildren or myself, do I believe in the Constitution handed to us by our forefathers and do I want to “take my Country back” and restore it’s once strong foundations.1. Why did Americans lose 787 billion dollars?2. Why did our National Deficit jump 4 trillion dollars in less than three years?3. Why is Obamacare causing problems with businesses (big and small,) the medical world, private individuals and with insurance companies?4. Why are we losing billions of dollars to “green companies?”5. Why did Obama fund the “Fast and Furious” gunrunner program with our stimulus money?6. Why are we backing the Muslim Brotherhood in Egypt, Libya and Yemen placing one our great allies (Israel) in a very dangerous situation?7. Why was the debt ceiling passed before spending cuts were in place – why would we need a “super committee?8. Why haven’t Democrats created a balanced budget in 915 days?9. Why are Freddie Mac and Fannie Mae snagging big bonuses, when they contributed to our financial meltdown? Why isn’t our Government saying “No” to bonuses?10. Why is Obama and Democrats asking for a second stimulus amounting to 447 billion dollars?It’s time to restore our Government as a Government, of the people, by the people and for the people.May God Bless AmericaAs Always,Little Tboca
Read more…