Okay, you all know about climate change, right? This is the phrase the left started using after the whole “Global Warming” crap didn’t pan out. They claim that the vast majority of climate scientists believe in it; but that’s just it, CLIMATE SCIENTISTS. You remember… they used to call themselves “environmental scientists”. So when they say “Climate Scientists” they mean the guys that would be out of work if it all turned out to be bullshit. 40 years ago nobody heard of climate scientist because they didn’t exist, they were called environmentalists back then. Remember the stoned hippies blathering on about the condor? Same assholes.

Now everyone has heard of a geologist right? These are the guys that study rocks to determine what life was like on earth millions of years ago (that’s almost longer that Nancy Pelosi’s been alive). Geologists tell us the earth has been going through circular changes for as far back as we can read the rock strata. They tell us that it’s been cold and hot before; sometimes really cold and really hot. Do the majority of Geologists believe in Climate change? Yes. Do they think man had anything to do with it? NO!

Before I continue ripping these lying hippies a new one, let’s talk a little bit about what good they have done. I grew up in the 1970’s and remember everybody throwing trash from their cars. I remember illegal dumping of toxic chemicals and 3rd stage smog alerts in the Los Angeles basin. You couldn’t eat fish caught off shore, acid rain fell from the skies of New York City and landfills were useless after they were filled. Something needed to be done and it was these filthy hippies and their tireless efforts that stopped…

Wait, I’m sorry, back that up. It was Ronald Reagan that pushed through and signed the clean air and water act and Richard Nixon that created the EPA through an executive order. What did Carter do? SQUAT! Clinton? He mandated through executive order that government buildings had to recycle, which they were already doing without being ordered to, and he tried to push through Gore’s carbon credit scam; the American people weren’t buying it. So it was Republicans that saved the environment? Somewhere a liberal just read that and their head popped like a pimple. (Rip another bong-load and keep reading, Shaggy).

The fact is we have become good stewards of the land compared to the 1970’s, the “Silent Winter” days and the era of “Love Canal”, when we were less than a decade from disaster. The air is clean, so is the water, poisoning the environment is a serious crime, littering is socially unacceptable, fish are safe to eat (more or less), and landfills become golf courses which makes trash heaps the most expensive real estate you can find. Is there more to do? Yes, but it’s a matter of enforcing existing laws, not making new ones that only serve to make Al Gore Richer.

What do I mean “Making Al Gore richer”? The whole “Carbon Credit” (also known as Cap and Trade) scam is set up like a stock market; guess who owns the biggest share of this new market exchange? That’s right, Al Gore (I’m assuming you guessed correctly since we were just talking about him a second ago). Al and his buddies stand to make Bill Gates kind of money if this crap becomes law. Do you know how the whole thing works?

The idea behind this is everyone gets a certain amount of carbon credits; the air you breath, trash, car emissions, etc. Businesses too only get a certain amount and will not be allowed to exceed it unless they pay for carbon offsets. Carbon offsets include planting trees, increasing estuaries (swamps) and other hippie nonsense that make pinko’s think they are making a difference. The Idea is that companies can avoid being heavily fined and even jailed by buying credits from companies that plant trees, flood farmland to make swamps and build “Green Energy” solar panels and wind turbines. Forget for a moment that solar panels are an environmental hazard or that commercial windmills never make enough electricity to justify their cost before they burn out. Let just focus on “Cap and Trade” for now.

So, let’s say you have a business that manufactures marital aides (Well, It’s as good a business as any for our purpose here). So your factory produces X amount of carbon more than the government allows; where do you go to buy carbon credits that the government will accept as genuine? That’s right, Al Gore’s carbon credit exchange (even sounds like a used car lot). Al gets a piece of every transaction, and you get… well, you get screwed, which is appropriate considering the products you make.

Anyway, by forced regulation, a new crop of “Green” businesses pop up to service an industry nobody needs, that does nothing and is mandated by law. This is not a new idea; it was tried before by the Catholic Church in the late Fifteenth century. They called them indulgences, and you could “offset” your sins by paying the church for absolution for yourself or a dead relative in purgatory. Sounds fair, right? Martin Luther didn’t think so; it was a chief complaint of the 95 theses (not feces, but that would have been funnier) he nailed to the Cathedral door in Wittenberg. There’s also a joke in here somewhere about the Pope and his diet of worms... But I digress.

Now, I would like to take a minute to get back to Global Warming, or whatever they are calling it this week, and address the movie “Inconvenient Truth”. It is a work of fiction, presented as a PowerPoint presentation, but this hasn’t stopped the Nobel Prize Committee from granting that once respectable award to Al Gore for his brilliant narration. This is the same group that gave President Obama the prize for being Black (just saying). “An Inconvenient Truth” is to Cap and Trade what interest rates and inflation are to the Federal Reserve. Now the movie with less truth in it than a used car salesman’s pitch, and less entertainment value than watching an old woman shop for shoes, is being forced on our children by almost every teacher’s union and school district in the nation and presented to these developing minds as fact. Just see what happens if you tell the school you don’t want your child exposed to that garbage. You will be labeled as an extremist, right wing nut and CPS will show up at the door of your abusive, unfit household. Nobody likes being the bad guy, right?

So what am I saying about Carbon Credits in a nutshell? It’s a multi-billion dollar job-killer, created from liberal guilt and indoctrinated into our kids by their socialist teacher, that accomplishes nothing but making a few scam artists richer. Did that some it up for you? Now, I don’t care if a bunch of privileged, cocktail party liberals voluntarily spend their money on this crap; I have friends that would love to make a good living planting trees. However, to make it law and have it apply equally, even to people that know it’s a scam is criminal. What such a law would do to our economy is close to treason, but what’s wrong with a little treason if it helps you feel you’ve made a difference?

One last thing: when it comes to applying a new carbon laws equally, just remember that Obamacare was supposed to be applied equally, but donors to Obama’s campaign got waivers and dispensations. Dispensations? Another word the Catholic Church used to fleece the faithful out of their money in the 16th century… 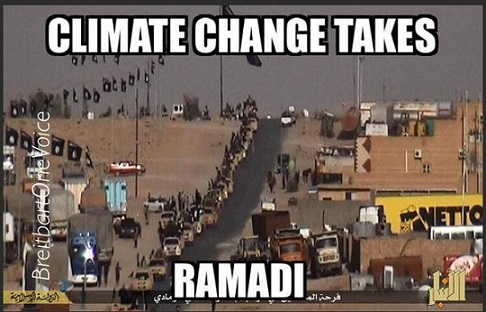 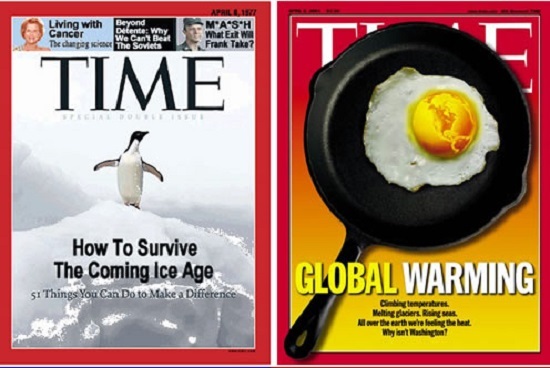 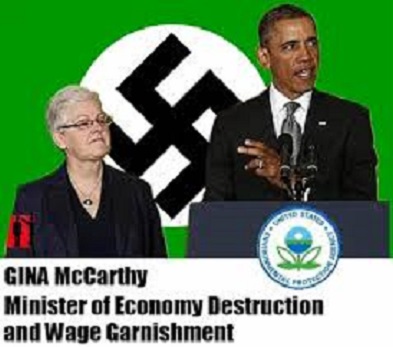 U.N. Demands Fossil Fuel Phase Out By 2100 To Save Planet