What is happening in the USA?  Is America becoming a nation whereas an overwhelming majority of citizens covet money more than the yearn for God’s guidance as instructed in our Holy Bible?

“For the love of money is the root of all evil: which while some coveted after, they have erred from the faith, and pierced themselves through with many sorrows.” 1 Timothy 6:10 (KJV)

The issue at hand?  Males and females must use separate bathrooms for protecting our children.

LGBT based organizations are pressuring businesses to discontinue spending money, and governments to ‘oppose’ legislation(s) in all states; in LGBT’s effort to compel these sick and immoral communities to use economics (money) as the basis to disguise their wicked issue.  LGBT is rejecting God’s law, as described in the Holy Bible.

Our Holy Bible rejects LGBT based government legislations: Leviticus 18:22 (KJV); Leviticus 20:13, and Romans 1:26-27.  Federalist Papers freedoms and values are expressed in ‘creating’ our US Constitution.

Our Founding Fathers’ Judeo-Christian values’ writings are expressed in the Declaration of Independence and our Constitution.

Americans must restore Judeo-Christian values.  Constitutional freedoms and values will be restored.  WWJD?  Watch it!

In the film A League oif Their Own, manager Tom Hanks advises a tearful player on a women’s baseball team, “There’s no crying in baseball.” According to the Freedom From Religion Foundation (FFRF), a group of permanently offended atheists that are also in a league of their own, there is no praying in football, not to mention “Hail Mary” passes to win the big game. Tim Tebow call your office. The IRS vs. the Church

The IRS targeting of Tea Party and other conservative groups prior to the 2012 election was an unconscionable abuse of power for which accountability and punishment have been noticeably absent. But this was and is not the only use by the Obama administration of the power to tax to attempt to destroy its political opponents.

The IRS is also involved in targeting what President Obama has called “less than loving” Christians through the mandates of ObamaCare and its attack on the free exercise of religion through the attempted coercion of mandated health insurance coverage  This administration’s war on religion is also seen in the monitoring of Christian churches by the IRS in response to a lawsuit filed on December 27, 2012 by the Freedom from Religion Foundation (FFRF)  concerning sermons that are considered by the political left  to be political speech by tax-exempt organization in alleged violation of federal law. These sermons, often criticizing ObamaCare’s encroachment on freedom of religion through its mandates among other issues, are considered electioneering by the atheist left. 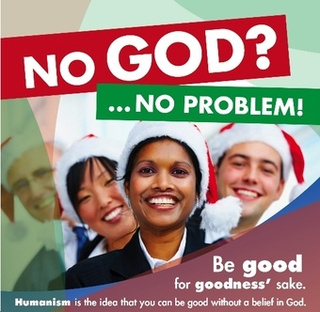 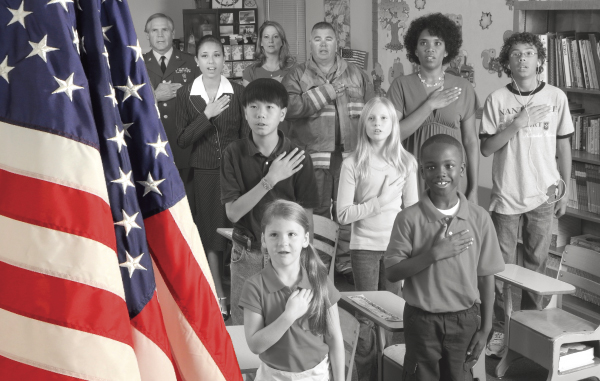 Fifty-nine years ago young children all across America walked into their respective schoolrooms and with pride bursting in their young chests they recited the Pledge of Allegiance. There was a new and deeper meaning reflected in the addition to this pledge because the words “under God” were inserted to read, in full, “one nation under God.”

Since that momentous year millions of elementary school students all across America have recited this pledge – some hoping that their teacher will select them to stand in front of the classroom to proudly lead the recitation. Yet deep within the hardened hearts of some in America – led by infamous atheists like Madalyn Murray O’Hair – a concerted effort began to tear God away from children in public schools.

That effort has been renewed by an atheist couple in Massachusetts. They are attacking the reciting of the Pledge of Allegiance’s “under God” phrase. They claim in their Massachusetts Supreme Judicial Court case that, the words are exclusionary to their atheist children and violate their kids’ rights under the Equal Rights Amendment of the Massachusetts Constitution.

One has to understand the full dimension and scale of this nearly sixty plus year assault upon maintaining God in the Pledge of Allegiance which began with infamous atheist Madalyn Murray O’Hair’s frontal assault in the 1940’s and 1950’s. She waged a successful effort to remove prayer from public schools, and assisted the growing effort of the secularization of America. The goal was to create a socialist nation which undermined and removed the basic biblical principles of character and heartland values the nation’s children.

In 2004, 50 years had passed since the adoption of “under God” in the pledge and O’Hair’s war on God in America, when the U.S. Supreme Court took up a case that challenged the phrase. The court ruled unanimously ruled that the phrase “under God” may remain in the Pledge of Allegiance as recited in public school classrooms. Nine years ago, many felt the nation’s heritage of respecting God in the Pledge of Allegiance was safe. It was not.

One has to ask, to what end and for what purpose does removal of God from the state of Texas public schools or from America’s national Pledge of Allegiance or removing his son Jesus Christ from the public square announcing his birth mean?

The clear and convincing purpose of atheists and secularists who denounce God and denounce Christ is to extinguish America’s connection to God in our spirit, in our heart, and most importantly in our soul. The purpose is to eradicate God and Christ and the principles and values that they exemplify as if they never existed.