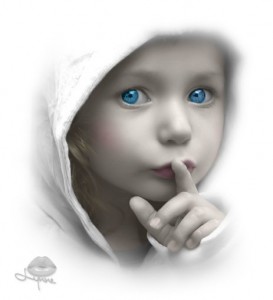 Everyone is concentrating on the White House scandals, and with good cause.   One of these scandals involves the murder of four Americans in Benghazi,  then along comes the AP scandal, the IRS scandal, Jim Rosin, and Fast and Furious to name just a few. But there is one that has been hidden from Americans for 13 years which involves the most precious gift on earth: our infants. Our Government, Martek, FDA and USDA have used our babies as guinea pigs.

The story is long and like all Government meddling rather difficult to follow as it has been hidden behind closed doors.  Being a grandmother of eight and caring for my youngest grandchild since birth sets the scene for the rest of the story.

Since birth my grandson was diagnosed with acute reflux disease, meaning most of his food intake comes out again thru the nose and mouth. He is terrified when this happening because his oxygen is shut off and he feels like he’s choking to death.

Finally after 11 months of pain, diarrhea, vomiting, low grade fever and respiratory problems, my son and daughter-in-law took him to the Mayo Clinic in Rochester, Minnesota, a clinic known world-wide for their expertise with infant reflux and dysphasia.

In two weeks he received every test available for infant and or adults. Mayo determined that there wasn’t any internal problem and diagnosed him with dysphasia. When my daughter-in-law called me to give me this report I stayed up all night reliving the past 11 months trying to find a common denominator that might be causing his health problems.

I started investigating his formula, baby food, and some medication that he as taking.  I was horrified at what I learned in an 8 hour span. Below is the information I gathered.  I will mention names of a few products, but I strongly suggest parents and grandparents take action. This isn’t a conspiracy theory and anyone interested can get the same information by going online and checking out information on DHA and ARA, synthetic oils added to our baby foods and organic foods.

The bottom line is this: these synthetic oils DHA and ARA were banned by the Government in 2010.

We do know that the chemical used to harvest the fungus and algae is a very toxic chemical a bi-product of petroleum, and extremely dangerous. USDA did not approve of these two synthetic oils and yet they appear in most of our infant’s foods and formulas.

Simply Thick, a thickener used for infants with reflux and dysphasia has DHA and ARA additives. Many of the baby food manufacturers like Gerber and others use these synthetic oils in their products. Some of the drugs and vitamins prescribed for pregnant women have AHA and ARA (Omega 3 and Omega 6) in their formula and studies reveal this can be very toxic to the fetus.

There has been about a 56% increase in GERD and similar increase in dysphasia cases. In fact childhood diseases appear to be on the rise.

By adding DHA and ARA, the baby food companies manufacturing infant formulas also added a 15 to 30% mark-up over standard formulas.

A panel of independent scientists selected by the Institute of Medicine concluded:

1. Safety tests for these oils were inadequate and too few safety tests were performed.

2. Lab rats were used for many of these tests with negative results

3. The tests were not performed with nonhuman primates.

4. No carcinogenicity or chronic toxicity studies were performed even in the lab rats.

5. None of he long term safety tests lasted longer than 90 days – not an adequate amount of time to conclusively prove anything.

We know there have been adverse reactions to infants from the chemically processed ingredients. Consumers of organic foods actually believe that only safe and natural ingredients are used in infant’s foods – companies should not be allowed to market their foods as organic if they have added these synthetic oils.

Why are there infant formulas on store shelves that are both certified organic and contain these synthetic oils sold by the Martek Corporation?  Why did the FDA ignore the law to ban the synthetic oils DHA and ARA in 2010?  Why has our Government once again hidden a scandal like this from Americans?  Our Infants Are At Risk!