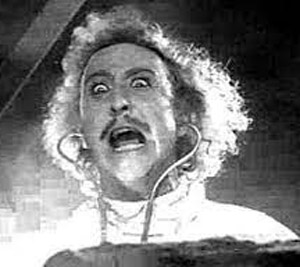 The Far Left claims they didn’t know that fewer police officers would bring about more crime.
The Far Left claims they didn’t realize that closing a pipeline would mean less gas, higher prices, and dependence on foreign oil.
The Left didn’t understand that unrestricted abortion would diminish the value of life.
The Left still doesn’t understand that unlimited deficit spending goes against the laws of economics, poses a significant risk to our economic growth, standard of living and general prosperity.

The Left didn’t care that opening the borders would bring about a dramatic increase in crime and disease, economic hardship for millions of Americans, crowded schools and hospitals.

The Left knows that climate change is a natural process, but decided to use it to bring about the destruction of Western civilization to ‘save the planet.’

Bill Gates who wants to spray the atmosphere with dust to block the sun, or the people that insist you can change one's gender and then insist we pretend with them.

There are consequences when science moves ahead without limits, without mores, without God. And if there was ever a time in our history when we needed boundaries, it is now. There is a bad cocktail out there, and it’s found in combining the Far Left with science.

We live in two different countries. It has never been as apparent as it is today. It may not be strictly geographical, but they are separate nonetheless. One has a recognition of who we are before God, and the other with no sense of the eternal or spiritual, no sense of natural, or biological law. The latter are convinced they are gods unto themselves

If they did know, then we are in more dire shape than most of us realize.

It is their religion. Political power is a necessary prerequisite and they have proven themselves willing to do anything to get it and hold on to it. They are working to destroy everything the average American takes for granted, freedom, private property and the one attribute that separates us from every other country, the vast middle-class.

And yet, these same people are, for now, the caretakers of our government, funding our science, directing our healthcare, and education. And, unfortunately, in charge of our defense.

To put faces (albeit masked) on some of these men and women of science is to bring them to close scrutiny. Who is deciding the direction of our science? Who is making our healthcare decisions? They seem to demand that WE don’t.

On the funding side you have two main characters, George Soros and Bill Gates. Most fact-checkers (Left leaning) will tell you that there is no proof that George Soros is funding any Left-wing causes. But, through his Open Society Foundations and a myriad of other organizations, there is funding aplenty going to dozens of far Left groups across the country and the world. They are controlling elections, news outlets and even financing immigration caravans. Few people realize that Soros makes much of his money by creating and capitalizing on social turmoil. He is the original Grim Reaper on the down swing.

Dr. Anthony Fauci, the doctor that is keeping us all in a mask for a highly treatable virus and preventing us from using inexpensive, safe, FDA approved drugs. HCQ is obtained without a prescription in much of the world. Fauci claimed in early 2020 that HCQ was not a proven drug for COVID-19, and yet is now pushing hard an experimental vaccine that is not FDA approved. COVID-19 could have been over with a year ago. He helped fund the Wuhan lab even after the project was shut down in 2014 by the DHS for being too risky.

Dr. Matthew Liao is a professor of bioethics and philosophy. He has lectured on his vision of genetically modifying people in the name of saving the planet. He feels people need to be about 6 inches shorter so they do not eat as much or create as much of a carbon footprint. He also ‘thinks’ we should ‘create’ people that are naturally infertile. And they call this bioethics. So, what’s in that vaccine, Dr. Liao?

Dr. Peter Daszak, posing as a mild-mannered zoologist, the ‘it’s all the bats’ fault’, China apologist, researcher. He insists that the Coronavirus transitioned from a bat to humans and was imported from Cambodia, Thailand, or Japan or somewhere over there. He helped fund the Wuhan lab and the experimentation to make the Coronavirus more infectious to humans.

And, of course, our rogue President Joe Biden. You can put anything in front of him and he will agree to it because he has no idea what you are talking about.

These are only some of the people that are either funding or being funded. The issue of climate change and the misuse of science has brought out every bug, every snake out from under every rock. They never seem to know the difference between knowing they can do something and deciding if they should do something. They are flashlights without batteries. This is the Left, the people such as Bill Gates who wants to spray the atmosphere with dust to block the sun, or the people that insist you can change one’s gender and then insist we pretend with them. They are all mad as hell.