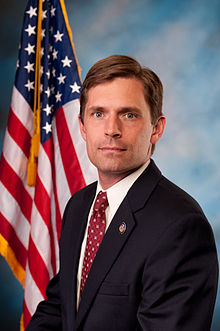 I wanted to take the liberty of sharing an e-mail that I forwarded to our NM U.S. Congressman Martin Heinich today regarding my concerns with Mr. George Soros’ anti-American agendas, along with Congressman Heinrich’s voting record while he has been a member of the U.S. House of Representatives, which seems to be in line with Mr. Soros’ anti-American agendas-You Decide:

I recently came across the following information that I wanted to take the liberty of sharing with you because, after conducting my own research and/or further investigation into the validity of the information and its source(s), along with taking some time to digest the information, I have honestly become extremely concerned about what this information reveals about your voting record while a member of the House:

Note:  The following is some extremely disturbing information regarding an individual by the name of Mr. George Soros, who is a major Democratic/Progressive political campaign contributor.  Included below are: (a) a short synopsis of both his personal and professional and/or political history/background; (b) his agendas, which I honestly found to be anti-American; (c) his political campaign contributions; (d) his American “Regime Change” agenda; (e) his establishment of the Open Society Institute (OSI) in 1979; (f) his involvement in the creation of the so-called "Shadow Democratic Party" or "Shadow Party" in 2003; and (g) his shared agendas with President Obama:

“Mr. George Soros was born on August 12, 1930 in Budapest, Hungary. His father, Teodoro Schwartz, was a successful attorney and an Orthodox Jew who, in 1936, changed the family surname from Schwartz to Soros in order to enable his family to conceal its Jewish identity and thus to survive the Nazi Holocaust.

When the Nazis occupied Budapest in 1944, Mr. Soros' father decided to split up his family, so as to minimize the chance that all its members would be killed together. He purchased forged papers for each of them, and then bribed a government official to claim him as his Christian godson and to let the boy live with him.

"While hundreds of thousands of Hungarian Jews were being transported to death camps," reports the Sweetness and Light website, "George Soros accompanied his phony godfather on his appointed rounds, confiscating property from the Jews."

In 1947 Mr. Soros' family relocated from Hungary to England. Five years later, he graduated from the London School of Economics. He subsequently worked for a London stockbroker.

In 1956 Mr. Soros, with meager personal assets, immigrated to the United States. He would go on to become one of the worlds leading hedge fund investors and currency traders.

In 1969 he started his enormously successful Quantum Fund, which, over the ensuing three decades, yielded its long-term investors a four thousand-fold gain on their initial 1969 investments.

In a $10 billion 1992 deal whose success was contingent upon the devaluation of the British Pound, Mr. Soros earned himself a $1 billion profit and the title, "the man who broke the Bank of England." To date, he has amassed a personal fortune exceeding $7 billion. In addition, his management company controls billions of dollars more in investor assets.

In 1979 Mr. Soros established the Open Society Institute (OSI), which serves as the flagship of a network of Soros foundations that donate tens of millions of dollars each year to a wide array of individuals and organizations that share his agendas.

Those agendas can be summarized as follows:

• promoting the view that America is institutionally an oppressive nation

• promoting the election of leftist political candidates throughout the United States

• promoting open borders, mass immigration, and a watering down of current immigration laws

• opposing the death penalty in all circumstances

• promoting the tenets of radical environmentalism, whose ultimate goal, as writer Michael Berliner has explained, is "not clean air and clean water, [but] rather ... the demolition of technological/industrial civilization"

• bringing American foreign policy under the control of the United Nations

• advocating the legalization of marijuana”

George Soros: A Guide To The Political Left-Posted on DiscoverTheNetworks.org:

“Mr. Soros is one of the most powerful men on earth. A New York hedge fund manager, he has amassed a personal fortune estimated at about $13 billion (as of 2009). His company, Soros Fund Management, controls at least another $25 billion in investor assets.

Following is a sampling of the major agendas advanced by groups that Soros and OSI support financially:

•Organizations that accuse America of violating the civil rights and liberties of many of its residents;

•Organizations that depict America as a nation whose enduring racism must be counterbalanced by racial and ethnic preferences in favor of nonwhites;

•Organizations that specifically portray the American criminal-justice system as racist and inequitable;

•Organizations that call for massive social change, and for the recruitment and training of activist leaders to help foment that change;

•Organizations that disparage capitalism while promoting a dramatic expansion of social-welfare programs funded by ever-escalating taxes;

•Organizations that support socialized medicine in the United States;

•Organizations that strive to move American politics to the left by promoting the election of progressive political candidates;

•Organizations that promote leftist ideals and worldviews in the media and the arts;

•Organizations that seek to inject the American judicial system with leftist values:

•Organizations that oppose virtually all post-9/11 national-security measures enacted by the U.S. government;

•Organizations that defend suspected anti-American terrorists and their abettors;

•Organizations that depict virtually all American military actions as unwarranted and immoral;

•Organizations that advocate America’s unilateral disarmament and/or a steep reduction in its military spending;

•Organizations that favor global government which would bring American foreign policy under the control of the United Nations or other international bodies;

•Organizations that support euthanasia for the terminally ill;

•Organizations that have pressured mortgage lenders to make loans to undercapitalized borrowers, a practice that helped spark the sub-prime mortgage crisis and housing-market collapse of 2008;

•Organizations that oppose the death penalty in all circumstances, etc.”

“In 2003-04, Soros's primary focus was on the United States, whose government he considered to be at least as dangerous and oppressive as other communist and authoritarian regimes. “I believe deeply in the values of an open society,” Soros said. “For the past 15 years I have focused my energies on fighting for these values abroad. Now I am doing it in the United States.”223 Asserting that he could “do a lot more about the issues I care about by changing the government than by pushing the issues,”224 Soros set out to “puncture the bubble of American supremacy.”225 To accomplish this, he would create a political apparatus of extraordinary influence.”

“In one of his most significant and effective efforts to shape the American political landscape, Mr. Soros was the prime mover in the creation of the so-called "Shadow Democratic Party" or "Shadow Party" in 2003.

This term refers to a nationwide network of more than five-dozen unions, non-profit activist groups, and think tanks whose agendas are ideologically to the left, and which are engaged in campaigning for the Democrats.

The Shadow Party was conceived and organized principally by George Soros, Hillary Clinton and Harold McEwan Ickes—all identified with the Democratic Party left.”

The Shared Agendas of Mr. Soros and President Obama:

“In December of 2006, Soros, who had previously hosted a fundraiser for Obama during the latter's 2004 Senate campaign, met with Obama in Soros's New York office. Just a few weeks later, on January 16, 2007 Obama announced that he would form a presidential exploratory committee and was contemplating a run for the White House. Within hours, Soros sent the senator a contribution of $2,100, the maximum amount allowable under campaign-finance laws. Later that week, the New York Daily News reported that Soros would support Obama rather than Hillary Clinton for the Democratic Party's presidential nomination, though Soros pledged to back the New York senator were she to emerge as the nominee. But it was clear that Soros considered Obama to be the more electable candidate of the two. Most importantly, Obama's economic and political prescriptions for America were wholly accordant with those of Mr. Soros.”

The Shared Agendas of George Soros and Barack Obama: A Guide to The Political Left-Posted on DiscoverTheNetWorks.org:

Note:  What follows are websites that reveal your Bio., Issue Positions (Political Courage Test), Interest Group Ratings, Position Papers, Speeches and Public Statements, Campaign Finances, along with your Voting Record while a member of the House, which seems to be in-line with what I consider to be Mr. Soros’ anti-American agendas:

My main purpose and/or reason for sharing this information with you is simply to get your feedback as to the validity of the information presented above, which I truly hope and pray is misinformation for the sake of our state and country because, I have honestly become extremely concerned about what this information reveals about Mr. Soros’ agendas, along with your voting record that seems to be in line with some of those agendas that I consider, in part or as a whole, to be anti-American.

Please feel free to contact me at my home address listed below, if you should have any questions regarding any of this information.

I look forward to hearing from you regarding this disturbing issue.

Final Note:  I will make sure to keep you in the loop regarding this disturbing and time sensitive issue.

Have a great day & God Bless.