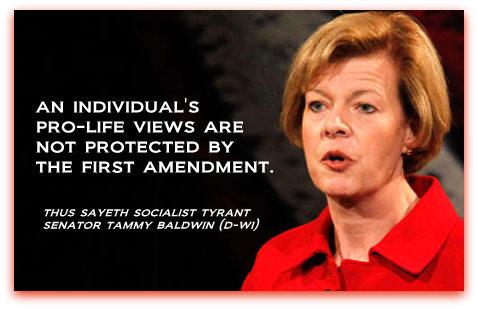 The chilling redefinition of the First Amendment’s guarantee of religious liberty by Sen. Tammy Baldwin, Democrat of Wisconsin and the Senate’s only lesbian, is a looming threat to religious liberty.  With the possible loss of tax exemptions for churches and institutions that don’t comply with the Supreme Court’s same-sex marriage decision, an era of religious persecution may be upon us.

Baldwin made her remarks on the June 27 broadcast of Up With Steve Kornacki on MSNBC.  In a transcript of her remarks posted on Newsbusters, Baldwin ignored the fact that it was religious persecution in Europe that led to people fleeing here seeking religious freedom on an individual as well as institutional level: