Before this is written, I will share with you about Biblical History of The Tribes Of Dan. In the Biblical account, Joseph is one of the two children of Rachel and Jacob, a brother to Benjamin, and father to both Ephraim, and his first son, Manasseh; Ephraim received the blessing of the firstborn, although Manasseh was the eldest, because Jacob foresaw that Ephraim's descendants. Tribe of Ephraim, are of The Tribes of Dan. They are the ones that moved across this earth and created countries, from Europe To America. 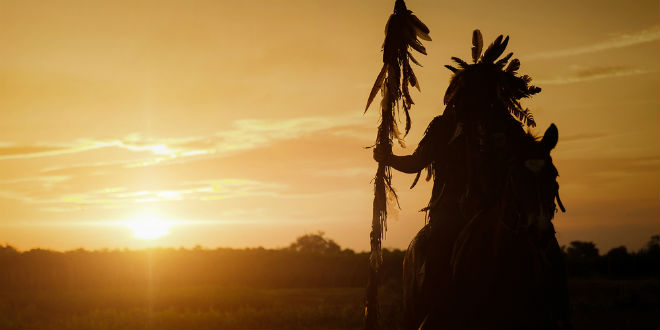 When Europeans first glimpsed Native Americans more than 400 years ago, many were convinced they had discovered the Lost Tribes of Israel. At closer look, the connections are astounding. This hidden association has taken on greater importance recently as the two nations face similar threats, and perhaps even a common Messianic vision quest.

Unmistakable traces of Jewish prayer echo in the voice of Joseph Riverwind, the Amahura (war chief) of the Northern Arawak Nation, the indigenous peoples of South America and Caribbean, as he sings, “Shema, shema, nayena, popaska hoya yah”. He translated this ancient Native American song for Breaking Israel News:

“Listen, listen, people, as you gather together, we will dance before the creator.” This is strongly reminiscent of the Jewish prayer, Shema, which literally means ‘hear’.

“Among my people, our ancient name for God is Yah Yah ‘The Supreme Spirit of Spirits’, very similar to Yahweh,” Chief Riverwind explained.  “Among my wife’s ancestors, the AniKituwahYah (Cherokee), they called God YoHeWaH. And the similarities don’t stop there. They carried an ark into battle, celebrate seven feasts, kept a seventh day of rest, had cities of refuge, and don’t eat pork.”

Though the eerie etymological similarities may be coincidental, archetypal themes also connect the spirituality of Native Americans to the Bible. Chief Riverwind told a Choctaw story about how the Creator came to a man called Nuah and told him the world would be covered with water. The man was told to make a great raft to save mankind. The stories come from oral traditions which date to pre-Columbian times.

“Another Native American story tells of a time when the world was all one land mass, and we were all one tribe,” explained Chief Riverwind. “We tried to build a sky tower to the creator. These are pre-missionary oral traditions. They are passed down through specially trained storytellers who are forbidden from changing a single word.”

“Some Anishnabi (Chippewa) believe they are from the Tribe of Ephraim,” Chief Riverwind explained. “Anishnabi” is amazing similar to the Hebrew words, “Anshe Navi” (people of the Prophet). “They lived on the coast, but their legends say that before that, they came from across the great waters. We have cave-drawings of these ships that are very similar to drawings of Phoenician ships in history books.”

This theory is astounding, but archaeological artifacts connecting North America to ancient Israel are not uncommon. The Decalogue Stone found in New Mexico is an 80-ton boulder on which an abridged version of the Ten Commandments is inscribed in ancient paleo-Hebrew.  A letter group resembling the tetragrammaton YHWH, or “Yahweh,” makes three appearances. The stone is controversial and has never been tested in a laboratory or dated by scientific means. If authentic, it would prove a pre-Columbian connection between North America and Israel.

The Newark Holy Stones are artifacts discovered in 1860 within a cluster of ancient Indian burial mounds near Newark, Ohio. The mounds are one of the largest collections from an ancient American Indian culture known as the Hopewell that existed from approximately 100 BCE to 500 CE. Similar to the Decalogue stone, the Newark Stones are inscribed with Bible verses in Hebrew.

Many of these artifacts are discounted as hoaxes based on circumstantial evidence, the improbability of their existence and what it implies, despite strong corroborating empirical proof of their validity. Chief Riverwind attributes this simply to ethnocentric tendencies.

“European historians have always underestimated so much of what was going on here before Columbus,” he stated. “They simply can’t imagine men sailing from Israel to North America, even when they are holding the proof in their hands.”

Roni Segal, the academic adviser for eTeacher, an online language academy, was fascinated by the possible connection. “Paleo-Hebrew dates back to the tenth century BCE. The language itself is a key to many ancient mysteries,” she told Breaking Israel News. “Though these discoveries are surprising, when studying the language that was used by God to communicate with Man, these types of connections are not entirely unexpected.” Chief Riverwind feels this connection is especially important today.

“These are things we didn’t share in public before. Now, I really feel there is something stirring in the air. It isn’t by chance that the Native Americans are facing a huge propaganda campaign at the same time as the Jews in Israel are being told they aren’t indigenous,” he stated. “The Native Americans suffered ethnic cleansing and that is what they want to do to the Jews. We have that in common, and it is happening now.”

Many would be surprised to learn that the Native Americans also have a messianic vision. Despite being expressed in different terms, it is similar indeed to what Jews believe.

“First Nations have many prophecies that have been passed down for generations. We know that in the long ago time, the Creator destroyed the earth with water, and today, we are living in the generations when the fires will come to purify the Earth,” Chief Riverwind related.

“Your people’s ancient stories can be found among my peoples ancient stories and we share the same destiny. Many of us have called upon the same Elohim since ancient times, and in the End, all the tribes that have been scattered will be gathered together once again.”

The concept of "Judeo-Christian Values" in an ethical , rather than theological or liturgical sense was used by George Orwell in 1939, with the phrase "the Judaeo-Christian scheme of morals." It has become part of the American Civil Religion since the 1940s.

The related term "Abrahamic Aeligions" includes Bahá'ísm, Islam, Druze etc. as well as Judaism and Christianity.
The term is used, as "Judæo Christian", at least as far back as in a letter from Alexander M'Caul dated October 17, 1821. The term in this case referred to Jewish converts to Christianity.

Christianity inherits the notion of a "covenant" from Second Temple Judaism, in the form of the Old Testament. Two major views of the relationship exist, namely New Covenant theology and Dual-covenant theology. In addition, although the order of the books in the Protestant Old Testament (excluding the Biblical apocrypha) and the Tanakh (Hebrew Bible) differ, the contents of the books are very similar.

The current American use of "Judeo-Christian", to refer to a value system common Jews and Christians, first appeared in print in a book review by the English writer George Orwell in 1939, with the phrase "the Judaeo-Christian scheme of morals." Orwell's usage of the term followed at least a decade of efforts by Jewish and Christian leaders, through such groups as the National Conference of Christians and Jews (founded in 1927), to emphasize common ground. The term continued to gain currency in the 1940s. In part, it was a way of countering antisemitism with the idea that the foundation of morals and law in the United States was a shared one between Jews and Christians.

Senator Barry Goldwater noted that conservatives "believed the communist projection of man as a producing, consuming animal to be used and discarded was antithetical to all the Judeo-Christian understandings which are the foundations upon which the Republic stands."

Law professor Stephen M. Feldman, looking at the period before 1950, chiefly in Europe, sees the concept of a Judeo-Christian tradition as supersessionism, which he characterizes as "dangerous Christian dogma (at least from a Jewish perspective)", and as a "myth" which "insidiously obscures the real and significant differences between Judaism and Christianity."

Advocates of the term "Abrahamic religion" since the second half of the 20th century have proposed an inclusivism that widens the "Judeo-Christian" concept to include Islam as well. The rationale for the term "Abrahamic" is that Islam, like Judaism and Christianity, traces its origins to the figure of Abraham, who is regarded as prophet in Islam. Advocates of this umbrella term consider it the "exploration of something positive" in the sense of a "spiritual bond" between Jews, Christians, and Muslims.

The concept of a Judeo-Christian tradition flows from the Christian theology of supersession, whereby the Christian with God and Christ’s Covenant or Testament with God Word to supersedes the Jewish one. Christianity, according to this belief, reforms and replaces Judaism.

It is basic Biblical History That Christ is the foundation of Christianity. Being born Jewish, was God's way to Jews to except Christianity. 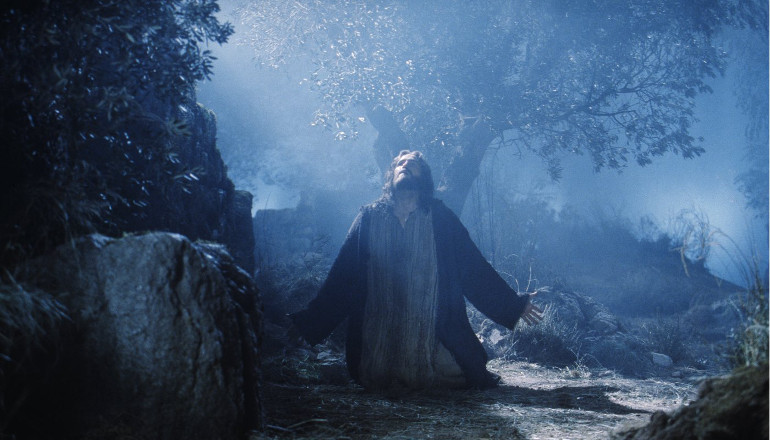