No wonder Barry Soetoro (The Fraud) is lying about his "indecisiveness" regarding Syria.. These are their NeoCon's buddies !!!!

Yet, like Saddam Hussien, first they are friends that "serve a purpose", then the NeoCons stab them in the back - just like every other "friend" (political dupe) they had...or anyone else for that matter, including our own people ! For Barry Soetoro and "friends", treachery is their name. Evil is their signature.

There Are NO Terrorists - There NEVER Were Any Terrorists
http://www.tomheneghanbriefings.com/There-Are-NO-Terrorists-There-NEVER-Were-Any-Terrorists_06-04-2014.html

The ONLY Terrorists are the Bankster/Nazi/NeoCon supported criminals in the District of Corruption.  They pose a direct and present danger to the sovereignty and freedom of the United States of America, and to free people everywhere. These criminals MUST be removed !!! 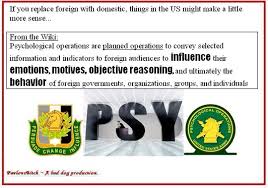 Why Does ISIS Fit In So Perfectly With The PNAC Plan?
http://www.activistpost.com/2014/08/why-does-isis-fit-in-so-perfectly-with.html

The Covert Origins of ISIS
htttp://scgnews.com/the-covert-origins-of-isis

You decide and discern this information...Connect the dots, understand their "AGENDA", and you will have something close to the truth !  TIME TO STOP THIS "SHOW".