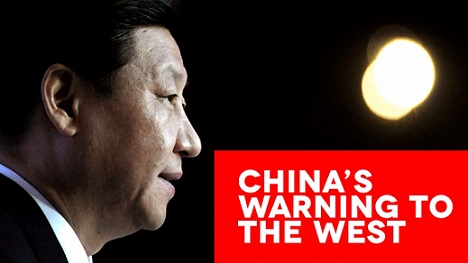 China Warns that War is Inevitable

The power vacuum created by the Obama administration’s withdrawal from world leadership and resistance to tyranny is not only being filled by the Islamic State and its terrorist affiliates like Boko Haram and state sponsors of terror like soon-to-be nuclear Iran but also by an increasingly belligerent and resurgent China.

China’s State Council, the Communist giant’s version of our cabinet, has issued a policy paper declaring that Beijing is facing “a grave and complex array of security threats” that forces it to switch its strategy from defense to offense and that as a result China will increase its “open seas protection”.

This means that China is not about to give up its territorial claim in the South and East China Seas, which include the Spratley, Paracel, and Shenkaku Island chains but will protect them with aggressive force if necessary. China will also continue its building of artificial islands as bases from which to strike. This is a clear response to President Obama’s “Pacific pivot” and an indication of how little Beijing is impressed.