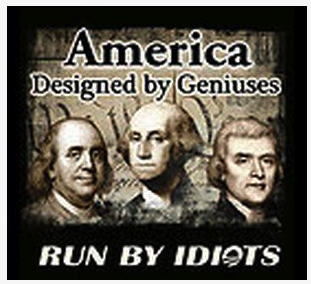 Over the past five years our Nation has been attacked by Barack Obama and Liberals, they have been relentless in their strategy to create an army of the poor.  In 2009 Americans had a renewed hope that Obama would stand by all of his promises to create jobs, downsize the Government, insure transparency, secure the borders and use our stimulus money to start our economic wheels rolling.

None of these commitments were enacted by Obama; instead he concentrated on “redistribution” not with the intent of helping the poor sector, but to increase the entitlement society.  (1) Via EPA Obama put a screeching halt to job growth, (2) He continued his reckless spending policies knowing that our National Deficit would mushroom, and (3) In 2010 passed the Obamacare law planning to place our healthcare under Government control (one payer system.)

In 2014 Barack Obama has placed “redistribution” front and center once again.  The strange disturbing thing is this - many of the GOP have joined him in this destructive venture by pushing for amnesty.  In the past few days the GOP continued Obama’s “redistribution” by passing the 956 billion dollar Farm Bill.

This bill has more sticky fingers in it than carters got pills.  This is what Mr. Wobbly (Speaker of the House) said as he jammed the bill thru the House.  "I've got concerns," Boehner said of the farm bill. "But doing nothing means that we get no changes in the farm program, no changes in the nutrition program and as a result, I'm going to vote for the farm bill."  Did it ever occur to John Boehner that he was hired to do a job not crumple every time the going gets tough?

Wrapping up here once again the Conservatives, tea parties and Libertarians have one viable option – take back the Senate and control the House.  In order to do this, we must unite and work together.  As long as all of the small clusters are content to go it alone and go their own way, we very likely will not be able to place good Patriots (men & women) in the Senate or the House.

2010 was a great start, but the job isn’t finished yet and we’re faced with almost insurmountable odds, because the Old Republican establishment, the US Chamber of Commerce, the Liberals along with George Soros all pretty much on the same page in the mission to control us.

We need a leader, someone who can unite the tea parties, Conservatives and Libertarians in the most difficult fight in our recent history.  Hopefully we can chuck our petty grievances and power plays in the garbage and work for a common cause, “taking back our Country.”

Remember Reagan’s 1981 speech when he said, “All of us came here because we knew the country couldn’t go on the way it was going. So it falls to all of us to take action. We have to ask ourselves if we do nothing, where does all of this end. Can anyone here say that if we can’t do it, someone down the road can do it, and if no one does it, what happens to the country? All of us know the economy would face an eventual collapse. I know it’s a hell of a challenge, but ask yourselves if not us, who, if not now, when?”