AMERICANS ACTION BEGINS WITH YOU, DEPLOY. 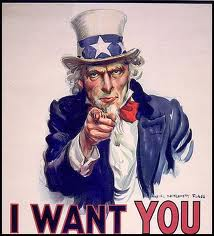 While we were sleeping, the Executive hijacked our government.  I wish this were a joke or conspiracy theory, but please do not trust everything you read or see on the news, do your own homework.

Over the years there has been a slow and steady decline in our faith in our government and increase in complexity of the government machinery.  Some refer to the last 100 years as the Century of Lawmaking.  During this time we have grown to be much like a socialist country, but this current administration is now operating with an iron fist.  He has usurped authority from our Constitution, States, and Individuals and rules primarily by Executive Order now.

There are few decent lawmakers in our government who are writing Bills attempting to appeal to the Senate, House, Judiciary, and President to restore Separation of Powers and Constitutional Integrity and retract Executive over-reach, but to no avail.

In case Americans missed this important news this spring, Obama changed the War Powers Act of 1933 to include InterPol troops, something that no other president in history has done.  This allows foreign troops on our soil to fire on US citizens.  This E.O. enables President Obama to institute Martial Law and seize our bank accounts, property, and families with a pen-stroke.

These two Bills are merely the tip of the iceberg of corruption in our Federal government.  Please review them for yourself.  Restore the Constitution Act of 2013 http://thomas.loc.gov/cgi-bin/query/z?c113:H.R.410:

What kind of fear mongerer creates a Culture of Fear and uses the media, lawmakers, technology, police forces against its own people?   And instructs the NSA, CIA, and other arms to worm into our computers and control our media.  This inforwar government-machine pits its citizens against one another with black vs. white, men vs. women campaigns, yet hides government abuse from the public.

What kind of monster would do that?

Recently an NSA government employee used his whistleblower protection, but the media and government officials crucified him as a traitor...hmm?  I thought the Constitution and laws were supposed to guarantee our protections and safeguard the innocent?

When your hands stop shaking, this is what the Founders warned us about: tyranny by the few in Central Government.

We do NOT need to take up arms.

We do NOT need bloodshed.

We do NOT threaten fellow citizens.

That's un-American. WE NEED THE ENTIRE NATION POINTING OUR FINGER AT THE WHITE HOUSE.

I WANT YOU!  MILLIONS OF YOU.

PEOPLE JUST LIKE YOU, POINTING A FINGER AT THE WHITE HOUSE. (no weapons, no pitchforks, no noise, no scripture-just your finger)

Pack up your car, boat, plane, or motorcycle at your earliest convenience and point your finger at the White House.   America will meet you there, before we cannot leave our homes.

This attached flyer is placarded throughout my town in Sanford, NC at the sheriff's office and the like and sprinkled on the way as I head to the Capitol on Monday, 8 July 2013.

Fellow Tea Partiers and the Great People of this nation can wake the rest of the nation for me...with a sense of URGENCY, knowing I will be a sole American with my finger pointing at the White House for WE THE PEOPLE.  Wake up the news, radio, business, students, unemployed, vets, moms and dads, and the rest can follow.

I know times are tough, if you can afford it, print at least 20 copies of the flyer and tape them around your town, at the sheriffs,  police, fire dept, etc.  (no federal buildings-nothing illegal)  Blast emails and reach out to everyone in your address book.  Like Martial Law matters!

If Obama can execute martial law with a pen stroke and deploy his forces, then I can topple a dictator with my finger and deploy our forces.

I have faith in the people of this nation, under God, indivisible who stand for Liberty and Justice for all.

I WANT YOU (flyer)

Tags: action
E-mail me when people leave their comments –
Follow