Have you ever noticed that whenever liberals say that something won’t happen, it happens? Yeah, I’ve noticed that too. Just weeks after Washington State implemented a new nondiscrimination law that protects “gender identity” a man walked into a women’s locker room at a public pool in Seattle, a possibility that liberals had pooh-poohed when passing the bill.

Other women were shocked because the man evidenced no outwardly feminine characteristics. This was not a dude carrying a purse and wearing a miniskirt; this was a dude who looked like a dude. He calmly began to undress in front of the women who quickly reported him to staff. When he was asked to leave he reportedly said, “The law has changed and I have a right to be here.” He later returned at a time when several young girls were changing for swim practice.

The police were not called and the unidentified man was therefore not arrested. No surprise there; what would they have charged him with? The law, which opponents claim enables voyeurism, would have been on his side. All he would have had to say is that he feels himself a woman in his heart of hearts. If he had been arrested he would have been able to sue the police for wrongful detention.

Such is the insanity of these transgender “rights” laws which completely abandon the idea that maleness and femaleness are objective realities. Those are just social constructs, they argue, and they can be altered with surgery, hormone therapy, or even just a personal decision to be “true” to one’s self. In order to muddy the waters they speak of gender rather than sex, two words that were once synonymous but have recently diverged. Even transgender activists acknowledge sex as being determined by biology though they afford it little importance. It’s gender that concerns them because gender is entirely self-determined.

Nor is gender binary—an “either/or” decision between male and female. Facebook, a company always on the forefront of deviancy, allows its US-based users 51 options for defining gender including “androgynous” and “genderqueer.” Said Facebook on its “diversity” page: “When you come to Facebook to connect with the people, causes, and organizations you care about, we want you to feel comfortable being your true, authentic self. An important part of this is the expression of gender, especially when it extends beyond the definitions of just ‘male’ or ‘female.’ So today, we’re proud to offer a new custom gender option to help you better express your own identity on Facebook.”

In short, the transgender movement’s Big Idea is that no one can tell anyone else what his/her/zir gender is because it’s a personal choice. Though completely bonkers, I can see how this idea would appeal to the Left because it rejects the concept of objective reality and fetishizes self-determination.

I’ve often wondered just how far the Left will extend this principle. There must be a bridge too far but where is it?

Perhaps that bridge can be found in Ontario, Canada, where transgender “rights” have been the law of the land since 2012. Almost as soon as the law took effect, a man named Christopher Hambrook checked himself into two women’s shelters. He had to claim to “identify” as a woman in order to gain entrance but that was easy. He called himself “Jessica” and swore that he was every bit as female as the other residents. The shelters were legally obliged to agree with him. Hambrook proceeded to sexually assault several women which is exactly the scenario that opponents of these types of laws warned of.

Surely the law will be repealed now, right? There’s no indication that it will be so I guess that even the Hambrook case isn’t a bridge too far for liberals. It’s just the price we pay for “equal rights.”

Now I don’t really believe that the Left intends these laws to facilitate voyeurism or sexual assault even though that’s been the effect. What they want is for men who genuinely feel they are women to be treated as women. (And women who feel like men, of course.) They essentially want everyone to engage in a mass delusion because it makes delusional people feel better. They’re still wrong about this. Even if we could filter out the pedophiles and peeping toms from the truly gender dysphoric I’d still be against it because I’d rather not lie to myself. But as a matter of fact we can’t filter them out. If each person has full autonomy to decide whether he is male, female, or something else, then each person’s stated gender identity is sacrosanct and non-debatable. Guys like Christopher Hambrook can of course be arrested and jailed after they assault women but they can’t be preemptively barred from women’s shelters as a precautionary measure. Which is utter madness, plain and simple. I can only conclude that in their minds, protecting the delicate feelings of the mentally ill is more important than protecting women and children from pervs.

But what can we do about it? My solution is simple: stop using the transgender activists’ terms. They’re far too subjective and malleable to mean anything at all in a legal sense. I don’t care at all what “gender” you “identify” as. I care about your sex. Sex is meaningful because it is an inalterable reality written into our DNA.

Might the Left, in deference to the principle of self-determination, be willing to allow us to “identify” as anything we want? Well, almost anything. In 2015, a self-identified biracial woman named Rachel Dolezal was discovered to be entirely white which sparked a nationwide debate about racial identity and whether it’s actually fixed at birth. The incident was particularly embarrassing because Dolezal was president of her local NAACP chapter and a world-class race-baiter. Writing in Time magazine, liberal pundit and retired NBA star Kareem Abdul-Jabbar concluded that yes, Rachel Dolezal can be black if she wants to be. Race is complex and illusory, he posits, therefore the race we “identify” with is much more important than the race we’re actually born into. It’s an exact analogue of the transgender argument transposed onto the racial issue. The only difference here is that the transgender movement differentiates between sex and gender, while race is still a solitary, unified concept.

One gets the idea from his article that Abdul-Jabbar will allow Dolezal her blackness because she’s been, in his words, a “fierce and unrelenting champion” for black people. I think he means that she’s been a racial agitator, which is the same thing in his mind. Dolezal has created or imaged no fewer than nine fake “hate crimes” against herself, the usual modus operandi of black supremacists. But would Abdul-Jabbar be so tolerant of a white kid who claimed to be black on his college application just to take advantage of the lower standards black students are required to meet? I think not, though that sounds like an excellent way to bring the racist affirmative action system crashing down. That “bridge too far” has been identified: it’s okay to feign blackness unless you plan to claim the privileges that blacks jealously guard for themselves.

Other people who “identify” as disabled are actually doing real harm to themselves. They’re called “transabled” and they feel like frauds in their fully functioning bodies. They sometimes cut off arms and legs in order to be true to themselves. Even most leftists, I think, would reject self-mutilation because it’s obviously bizarre; but is it really so different than what transgender people do to themselves in order to achieve fulfillment? It’s a different body part they’re chopping off but mutilation all the same.

Can we determine our own age? Don’t laugh, at least one gender dysphoric man from Toronto has decided that he is in fact female and six years old. “Stephonknee” (an adopted name) Wolschtt left his wife and seven kids so that he could be himself—or “herself” as media reports tag him. He has been adopted by an elderly couple who treat him exactly as they would treat any six year old girl. He spends his days coloring and wearing dresses. “I’m allowed to be exactly who I am and I don’t have to apologize or make excuses because I’m different,” said Wolschtt.

Of course, neither his maleness nor his age are subjective entities open to interpretation. They are facts. But how could someone who considers “gender” to be a personal decision draw the line at age?

Gender may be a complex issue, but it’s also meaningless if each individual can determine it for himself (or herself, zerself). It’s best then not to draft legislation that contains such useless terminology. The path back to sanity requires us to resurrect the idea of sex, an objective reality not open to interpretation. Should we fail to do this we will only slide further into madness. 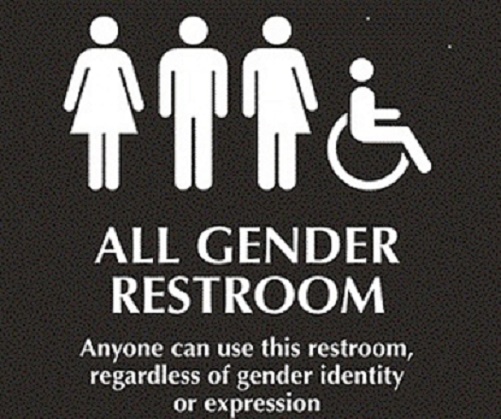