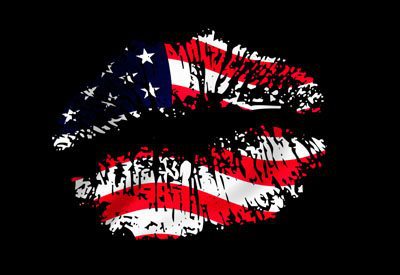 FOR IMMEDIATE PRESS RELEASE:
As seen on  http://codyjudy.blogspot.com/2012/08/how-conservative-does-one-wife-make-you.html
and
Tea Party Org.http://teapartyorg.ning.com/profiles/blogs/how-conservative-does-one-wife-make-you
HOW CONSERVATIVE DOES ONE WIFE MAKE YOU?
Of course Romney and Ryan would like you to believe they represent 'mainstream' America, but with the Nation at about a 50% divorce rate how do politicians who have never been divorced expect you to look at them and know what your talking about?
The same philosophy is touted by Mitt Romney in the jobs arena. He says because he was a successful businessman he can produce jobs. So how does being married to one women help him with the 50% divorce rate in America? The truth is it doesn't, and actually Mitt Romney hasn't been in the same condition financially that the shrinking middle class, the unemployed, and the poor are facing, well, let's face it, he never has been in the middle class or the poor class.
Millions of Americans are suffering from greater stress because of the financial melt down of politicians who because they haven't supported the Constitution have increasingly made America either the policeman of the world propping up governments that are questionably a real threat, or busy making a nanny-state.  It works for awhile, but the buck just keeps getting pushed back to another generation.
The stress at home has never been greater in this generation with kids moving back in with parents,and parents increasingly at odds with children who've got used to 'having it all, all at once".
The truth is there are a lot of good solutions coming from Cody Robert Judy, both in the social arena as he has been through divorce as a child and adult as well as the small business end that is desperately needed to fuel America's economy back into working order.
What most people don't understand is just how valuable of a blue print our Constitution is and how its principles when followed could have kept us out of the trouble we are in.
The other thing people say is that Washington DC is so far gone that it just can't get back on track. Well, that may be true as far as the impact a single Representative or Senator might have, but when it comes to the President a lot can happen if someone is in office actually holds to the Constitution and governs with its principles in mind.
That's why Cody Robert Judy took a stand for the Constitution drawing a line in the sand with Barack Obama's eligibility requirements not being fulfilled as a natural born citizen and now has a case in the United States Supreme Court in Judy v. Obama Case No. 12-5276.
Cody is asking the United States Supreme Court to actually hold up its own precedent and the Constitution in the 'natural born citizen' clause. If the court is unwilling to protect the Constitution in the office of the President from foreign influence the other principles of the Constitution might as well be chucked also, as is characteristic of what is happening in so many executive orders being signed and congressional acts being passed like the NDA, which allows Americans to be held without charges and incarcerated and of course the Patriot Act.
With Washington DC Politicians increasingly out of the loop of main stream America, the time has come to set Washington DC straight and clean both houses up and Cody is hoping that can begin in his United States Supreme Court case Judy v. Obama 12-5276. If it happens both the Democrats and Republicans who have been playing games with the Constitution and their oaths will be put on notice.
Let's hope the United States Supreme Court Justices still feel that interpreting the Constitution as a check and balance at protecting the integrity of our offices, the demands for qualifications made, and of course their own jobs is important.
Enjoy the latest campaign commercial
ROMNEY/RYAN - How Conservative Does One Wife Make You?
The idea of saying your conservative because you've been married to one person is about what Romney and Ryan want you to choke down, especially given they completely turn their back on the Constitution in Obama's eligibility, and the fraud and forgery coming out of the White House as identification documents.
https://www.youtube.com/watch?v=tImBG0GNrTM
And please log on to www.codyjudy.us and make a contribution to this campaign Taking A Stand, the title of Cody's book.
The Cody Robert Judy for President 2012 U.S.C. Eligibility Campaign
Cody Robert Judy
www.codyjudy.us
www.codyjudy.blogspot.com
YouTube: CODE4PRES
Tags: court, cody, judy, mitt, robert, romney, ryan, scotus, supreme, us
E-mail me when people leave their comments –
Follow