America meet “Obama’s social justice or better yet social injustice” a robin hood philosophy that circumvents the laws of our land attacking our freedoms and rights.  In the past five years, Obama has sold us a pig in a poke wrapped up in pretty ribbon with all of the Liberal bells and whistles.

It doesn’t take a rocket scientist to know that our beautiful America and American citizens are slowly becoming the property of “big Government.”   In five years Obama has changed the social landscape in our great Nation by redistributing our money, changing laws and picking and choosing who receives certain advantages and who are the recipients of certain disadvantages.

For 50 some odd years, a very small minority group has fought “God” Christianity, the Cross, memorials and a slew of other important things like our children and our children’s education.

Everyone knows the group that is described above and each year their war on Christmas grows as they litter our streets, highways and public areas with billboards and signs in their feeble attempt to remove “God” from our Nation.  Every year a Liberal judge plays Robin Hood and gives them another slice of our God given freedoms.

Next comes Obama’s “social political justice” which merely means a selective process that buys votes and support for Barack Obama and the DEMS.  Obama chooses include the LGBT community and illegal aliens over African Americans - African Americans are the recipients of the disadvantages.  Selective is the keyword here – Obama perceives that he already has the African American votes in the bag so he turns on them chastising them when they express their grievances.

Big daddy Obama told the African American community to “Take off your bedroom slippers, put on your marching shoes.  Shake it off. Stop complaining, stop grumbling, stop crying.”  But notice that the LGBT community has managed to get everything their little heart’s desire.

This group of people are pretty savvy about the political process and they did two things; (1) They voted for Obama with strings attached – meaning Obama would have to pay them off just like he did with his big bundlers, and (2) They vetted him arming themselves with damaging information about Obama’s relationships and activities before he ran for office.

They forced Obama to flip flop on marriage – he retracted his statements that marriage was between a man and women.  But their wish list kept growing and unlike the majority of Americans, they made the Government work for them.

Obama gave them ““Don’t ask, Don’t tell” in the Military, which probably wasn’t the safest decision for our brave Military men and women, but that will be an issue debated later after we have a few more wars under our belt.

It’s a mystery why they haven’t quite figured how what caused the HIV /Aids epidemic, but they don’t have a clue or do they?  Anyway in order to continue their lifestyle they’ve asked for more money, lots more money from Obama in order to reduce the number of HIV infections via increased training and various support services. 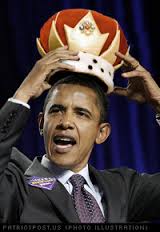 Obama with that favorite pen he keeps talking about gave them more hate crime laws, supported their civil unions and followed by more and more discrimination laws. That my friends is “Political Social  Injustice.”

Then along came the somewhat ugly face of what Obama calls social justice or economic disparity, which included Obamacare, Common Core, IRS, NSA and of course the not so famous  “Dream Act” which benefits about 20 ml. illegals – this was a mere ploy to purchase Hispanic Votes for the 2012 Presidential Election. Obama’s pen at work again, as he says with or without Congress.

As is the President’s style he’s revised, changed amended and screwed around with the “Dream Act” to suit his fancy, but the bottom line is this – Obama has managed to give a safe haven to the illegals until  he gets his way on immigration.

Obama’s State of the Union Address laid out his “social justice” plans for Americans in the next 3 years, which includes income inequality, more redistribution, raising minimum wage, climate change, further revisions of Obamacare and immigration changes - he threatens Congress and Americans that he will do this with or without them…

As mentioned earlier Obama picks and chooses who receives certain advantages and who the recipients are of certain disadvantages (and that would be us – the taxpayers).  Obama’s  robin hood philosophy of social justice has in fact harmed all working Americans, our economy, or job growth, our children’s education and has stalled the “American Dream” diminishing our freedom and rights.

The next time you hear Barack Obama speak of social justice, income equality or economic disparity grabbed your wallet and run, because he’s about to place one more costly burden on your shoulders.

“His Majesty” Obama has big plans for America, but like O’Reilly said to Geraldo Rivera, “I don’t think he has majesty! He’s not a king!” O’Reilly said, adding that he respects the office of the presidency but presidents still need to be held accountable.  O'Reilly, let's get one thing straight "accountable" to Obama is making sure that all hard working Americans contribute to his perverted social justice agenda - so far he's won that battle!