Tweet
Share
Like 0
Suggestion for fighting the Potential loss of our Second Amendment Rights.
>
I am not a lawyer, but I have done some common sense research into the Second Amendment, and the current restrictions on it, plus the ones pending, and I feel even the threat of a nationwide lawsuit of this scope would make the opposition pull back completely.
>
Gun rights have been an essential buttress to civil rights for black Americans https://dailysign.al/2GDSpo6  via @JarrettStepman @DailySignal
> 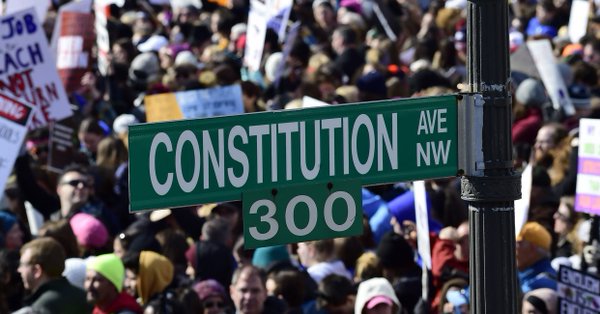 >
This makes a lot of sense,read it through. We could make a case that the Govt. is stripping us of our Civil Rights with Gun Control. Civil Rights must apply to all Americans Regardless of Race Creed or Color Equally.
>
Consider this. Civil Rights are based on the Unalienable Rights Protected by the Constitution. All Civil Rights cases are determined by what is written in the Constitution and it's Amendments. Denial of those rights is both a crime, and a Civil Rights Violation>
Therefore, under the Federal Statutes;42 U.S. Code § 1983 - Civil action for deprivation of rights Title 42 › Chapter 21 › Subchapter I › § 1983
>
and especially under 42 U.S. Code § 1985 - Conspiracy to interfere with civil rights Title 42 › Chapter 21 › Subchapter I › § 1985
>
Using those two Federal Statutes we should be able to initiate a lawsuit against all the Progressive gun grabbers in Congress that have proposed and/or supported bills to restrict gun ownership and the bearing of arms as provided by the Second Amendment. As the gun laws are currently interpreted by Scotus and before any new interpretations come out to deny this legal theory, Neither Congress nor SCOTUS is above the Federal Laws concerning Denial of Civil rights.
>
What we American citizens must do is twofold, First we must unite to fight this in a nationwide Class action Lawsuit based on existing laws and legal determinations by SCOTUS when the Suit is filed.
>
Second, we must educate the people on what is their Civil Rights according to the Second Amendment despite the spin and faulty interpretations of the left that are currently in vogue, and point out their fallacies and incorrect line of reasoning to our fellow citizens of all ages.
>
A beginning list of denial of Rights can begin with;
>
The Congressional ban on modern Machine Gun ownership after the 1988 ban reducing that to the same background checks,permit system,and tax stamps required for ownership of Machine Guns mfg. before the 1988 ban. That would not infringe on our right to own one.
>
Another Denial of Rights imposed on us by Congress is the Gun Free Zone Act. It needs to be repealed and/or declared unconstitutional because it denies us the Unalienable and Constitutionally Protected Right to Self Defense.
>
The Background Check System Denies us our Constitutionally Protected right to Privacy and being secure in our homes per the 4th amendment. The Fourth Amendment originally enforced the notion that “each man’s home is his castle”, secure from unreasonable searches and seizures of property by the government.  It protects against arbitrary arrests, and is the basis of the law regarding search warrants, stop-and-frisk, safety inspections, wiretaps, and other forms of surveillance, as well as being central to many other criminal law topics and to privacy law.
>
The expanded background checks system is too far reaching in scope, and directed in ways that defeat it's stated purpose of keeping guns out of the hands of Criminals,Convicted Felons, and Mental cases prohibited from owning firearms. It should simply be a daily updated list of people forbidden to purchase firearms, and it must have a way for those who have been denied to see why, and give them a legal recourse to challenge the determination.
>
Lack of a Reciprocal Acceptance of each States Carry Permit System by other States, or lack of a complete Constitutional Carry Provision Nationwide, infringes on two areas of our Constitutional Civil Rights. The Unalienable right to self protection, and strangely enough a good case could be made for denial of pursuit of happiness by not feeling secure in our persons. Pursuit of happiness is a stretch I admit, but most precedent setting cases start out that way, and it is being infringed by the Federal Govt. and State Govt's.
>
This gets down to the Registration of Long guns and hand guns. This didn't come about until the Infamous "Sullivan Law" of 1911 pushed through by the Democratic Party Corrupt Political Machine; Tammany Hall. (  The Supremacy Clause of Article 6 in the U.S. Constitution which states that "This Constitution, and the Laws of the United States...shall be the supreme law of the land; and the judges in every state shall be bound thereby."  )
>
This was the first infringement of the 2nd Amendment and the Supremacy Clause, as applied to the States making laws that conflicted with Federal Laws ( There was no Federal Precedent when this law was enacted).  The powers of the Bill of Rights originally intended to apply to limit the powers of the Federal Government, were expanded to support the Fourteenth Amendment's wording that no state could withhold the rights outlined in the Bill of Rights. It also restricts the Federal Government from doing the same.
>
The knee jerk reaction of Congress on the latest tragedy they caused with the Gun Free Zone Act dictates, is a digression form their stated purpose to Represent their Constituents wishes instead of reacting to emotional issues while ignoring the Facts and the Constitution. The persistence in Wishful thinking about disarming the law abiding public making them safer from Criminal and mental elements which do not follow or obey the laws is Malfeasance on their part, and it contributes to the denial of our Constitutionally Protected Civil Rights.
>
Feel Free to pass this around
E-mail me when people leave their comments –
Follow