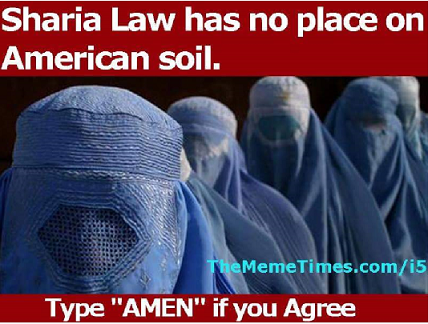 Gingrich is right: Sharia is incompatible with US values

Former House Speaker Newt Gingrich, a political bull often on the lookout for a politically correct china shop, has rattled the orthodoxy of political correctness once again, saying that those who follow Sharia law can’t also be loyal to the U.S., Constitution and the Western values it represents and either shouldn’t be allowed to enter the U.S. or should be deported from it. This didn’t sit well with President Barack Hussein Obama. As the Daily Caller reports:

On Friday, Barack Obama called Newt Gingrich’s plan to deport sharia-adhering Muslims in America “repugnant and an affront to everything that we stand for as Americans.”

In the aftermath of the terrorist attack in Nice, France, Gingrich said, “We should, frankly, test every person here who is of a Muslim background, and if they believe in Sharia, they should be deported. Sharia is incompatible with Western civilization.”....