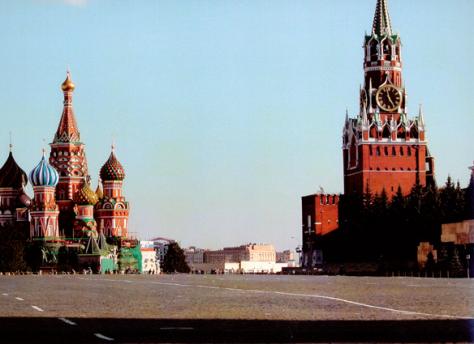 Have you ever wondered where MSNBC, NBC, ABC, CBS, CNN, The New York Times, Newsweek, Time Magazine et al get their talking points?

Or is it the other way around?

Consider some excerpts from Bancroft-Hinchey’s piece on the upcoming U.S. presidential election.  Quite presumably referring to writers for National Review, The Wall Street Journal etcetera or people who appear on FOX News, he ponders:

“There are those who somehow manage to get their articles printed in reputable international newspapers, claiming that a vote for Obama is a vote for "murder" or "destroying America" or "lack of freedom" but then again there are those who trick their way into the homes of the stupid and gullible selling dreams and promising the Earth in exchange for a pay-check or a pledge to clean the windows once a month.”

Then Bancroft-Hinchey makes a claim that is repeated ad nauseum by “progressive” pundits who actually appear multiple times a day on FOX News:

“They never turn up again, just like the "birther" tsunami which peaked a few months ago and has whittled down to nothing after being shouted down from all sides of the political spectrum. The "birthers" claimed that President Obama was not eligible to stand for office, despite the fact that he would have been vetted by everyone, by every newspaper and journalist, from the day they announced he was a candidate.”

Apparently propagating revisionist history is practiced by both the Russian Pravda and America’s “progressive” Party Pravda.

“These same people support Mitt Romney. Who? You know, the gaffe guy, the one who opens his mouth and insults people, or accuses them of things they never did. In short, a foul-mouthed oaf, a wannabe President with no credentials beyond the Governorship level.”

Never mind that Obama’s credentials going in to the 2008 race were being a community organizer, an invisible State Senator from Illinois and a first term junior U.S. Senator who began running for the presidency almost immediately after taking up residence in the Beltway.

Then, in true “progressive” form…wait, this is from Russia.  In true Communist form, Moscow’s Pravda throws up the classic red herring argument by comparing Romney to George W. Bush:

“Mitt Romney, without this competence, without Barack Obama's skills, wants to be there, and so do those ousted elements from the Bush regime dying to get back in. Rumour has it that Senator McCain is ear-marked for Secretary of State. Ask a Nam Veteran what they think of McCain and then decide whether this Bush regime remnant is the perfect external image of the US of A.

Governor Romney's position in the Peter Principle is...Governor Romney. Not President Romney. Everyone knows it, the Obama freeze in debate number one gave rise to some flights of fantasy (OK Barack Obama is better at being President than debating maybe, and so?)...and so we can conclude that he is better at handling the extremely difficult conditions bequeathed to him by the Republican Bush regime than at making an idiot of himself in televised debates getting everything wrong, as Mitt the Twit does.”

Mitt the twit? No doubt the likes of George Stephanopoulos or Brian Williams wish they could work for MSNBC or Current TV so they could use such language.  For these proud, card carrying members of the “progressive” Party Pravda, it must be discouraging having to conform to broadcast media standards.

Russia’s Pravda falls short of accusing Republicans of wanting dirty air, dirty water or seeking to leave old people and special needs kids to fend for themselves.  Instead, they choose to attack the GOP in their own unique style:

Then, there is one last swipe at Romney:

“And on a more serious note, would YOU trust a guy who has never had a glass of beer in his life? Or says he hasn't...”