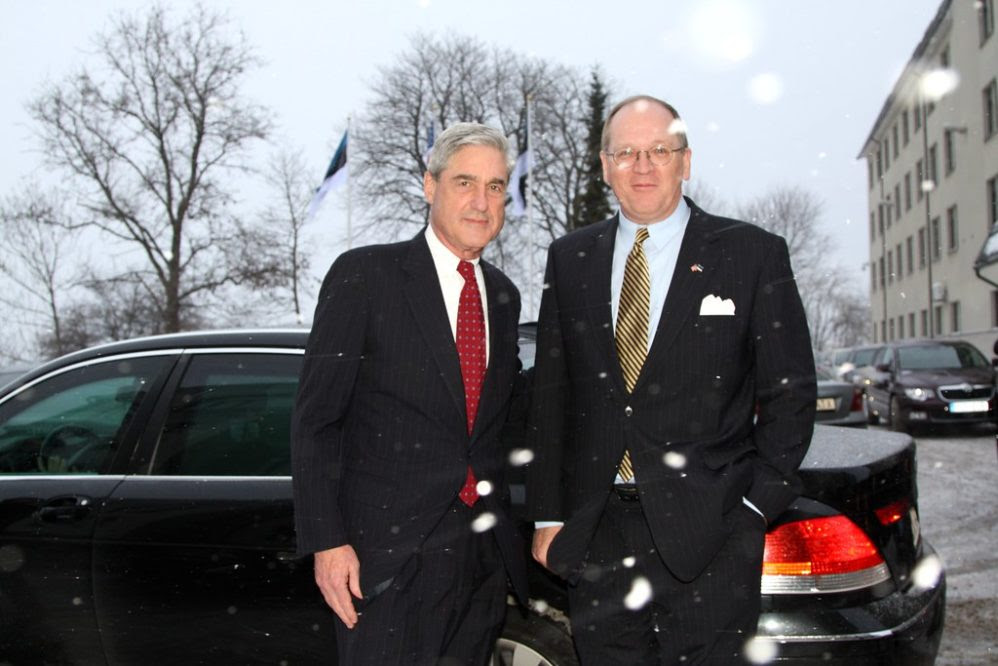 by Paul Sperry
{ thefederalist.com } ~ Special Counsel dirty cop-Robert Mueller spent more than $732,000 on outside contractors, including private investigators and researchers, records show... but his office refuses to say who they were. While it’s not unusual for special government offices to outsource for services such as computer support, dirty cop-Mueller also hired contractors to compile “investigative reports” and other “information.” The arrangement has led congressional investigators, government watchdog groups and others to speculate that the private investigators and researchers who worked for the special counsel’s office might have included Christopher Steele and Fusion GPS, the private research firm that hired Steele to produce the Russia collusion dossier for the scumbag/liar-Clinton campaign. They suspect the dossier creators may have been involved in dirty cop-Mueller’s operation, and even had a hand in his final report, because the special counsel sent his team to London to meet with Steele within a few months of taking over the Russia collusion investigation in 2017. Also, dirty cop-Mueller’s lead prosecutor, Andrew Weissmann, had shared information he received from Fusion with the media. Raising additional suspicions, dirty cop-Mueller’s report recycles the general allegations leveled in the dossier. And taking a page from earlier surveillance-warrant applications in the Russia investigation, it cites as supporting evidence several articles—including one by Yahoo! News—that used Steele and Fusion as sources. dirty cop-Mueller even kept alive one of the dossier’s most obscene accusations—that Moscow had “compromising tapes” of Trump with Russian hookers—by slipping into a footnote an October 2016 text Trump lawyer Michael Cohen received from a “Russian businessman,” who cryptically intimated, “Stopped flow of tapes from Russia.”...
https://thefederalist.com/2019/05/09/robert-mueller-tap-fusion-gps-christopher-steele-assist-anti-trump-investigation/?utm_source=The+Federalist+List&utm_campaign=7d8cfaad94-RSS_The_Federalist_Daily_Updates_w_Transom&utm_medium=email&utm_term=0_cfcb868ceb-7d8cfaad94-83771801
.
A party lurching ever leftward 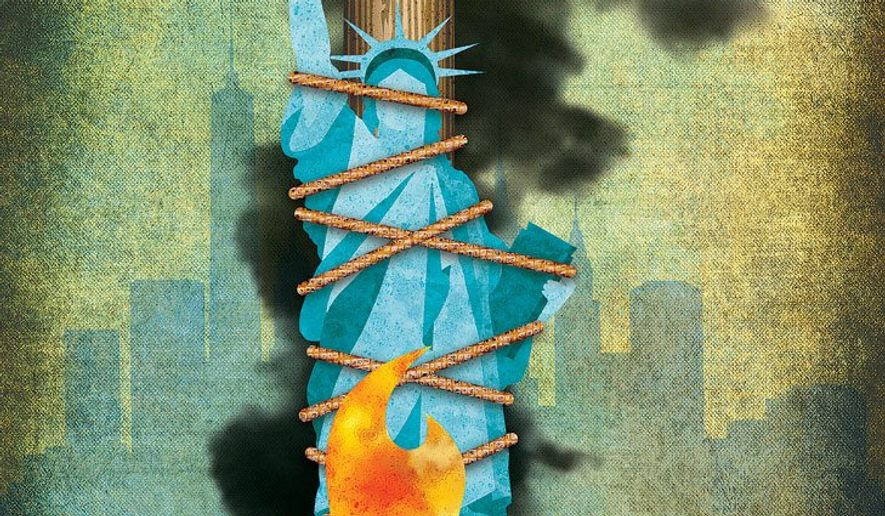 by Robert Knight
{ washingtontimes.com } ~ Adults in the Democratic Party, who seem like flustered parents at an out-of-control toddler birthday bash, have been warning about the public’s perception of them... House Speaker Nancy Pulosi has reason to worry. The 22 declared candidates for the presidential nomination lean far to the left. Which means they represent the center of their now-far-left party. The mini-wave for “moderate” loose lips-Joe Biden reflects a desperate pullback from the zany public image fostered by wild-haired Vermont socialist Sen. commie-Bernie Sanders and radical freshman Congresspersons commie-Alexandria Ocasio-Cortez, New York Democrat, worthless-Rashida Tlaib, Michigan Democrat and Minnesota’s worthless-Ilhan Omar. worthless-Ms. Omar, notorious for anti-Semitic remarks, called Republicans “goons” at a Women’s March event on Wednesday at the U.S. Capitol co-hosted by former Communist Party vice-presidential candidate Angela Davis. Ms. worthless-Tlaib gained liberal fame by saying of President Trump, “we’re gonna go in there and we’re gonna impeach the motherf–—.” Miss commie-Ocasio-Cortez, a self-described socialist who sounds like a Capital C Communist, has garnered the most coverage. The Green New Deal, her plan to eliminate farting cows and gasoline-fueled engines in 11 years while redistributing wealth, has been embraced by most of the Democratic field. Here are a few examples of where the nation’s would-be leaders would take us...
https://www.washingtontimes.com/news/2019/may/5/the-22-declared-candidates-for-president-lean-far-/
.
Charging Barr With CONTEMPT Could
JEOPARDIZE Chances Of dirty
cop-Mueller Testifying by Kerry Picket
{ kerrypicket.com } ~ House Democrats may have damaged their chances of getting special counsel dirty cop-Robert Mueller to testify following the Wednesday contempt charge vote against Attorney General Bill Barr in the House Judiciary Committee... The Justice Department blasted the Judiciary Committee after the party-line contempt vote. “The only side who has made accommodations is the Attorney General, who made extraordinary efforts to provide Congress and the public with information about the Special Counsel’s work,” the DOJ said in a statement. Barr cannot “comply with the House Judiciary Committee’s subpoena without violating the law, court rules, and court orders.” President Donald Trump said Thursday afternoon he would leave it up to Barr to decide whether dirty cop-Mueller could testify before Congress about the Russia investigation. Trump previously tweeted he did not want dirty cop-Mueller to testify before Congress, but the contempt charge vote seems to have changed the circumstances. As a result of Trump’s announcement, Barr could order the Justice Department not to allow dirty cop-Mueller to testify if the Democrats decide to take the contempt charge against him to the floor for a vote. Democratic Maryland Rep. Jamie Raskin, a member of the House Judiciary Committee, seemed unconcerned about this possibility...
https://kerrypicket.com/barr-contempt-jeopardize-chances-mueller-testifying/
.
Midterm Assessment: Iran 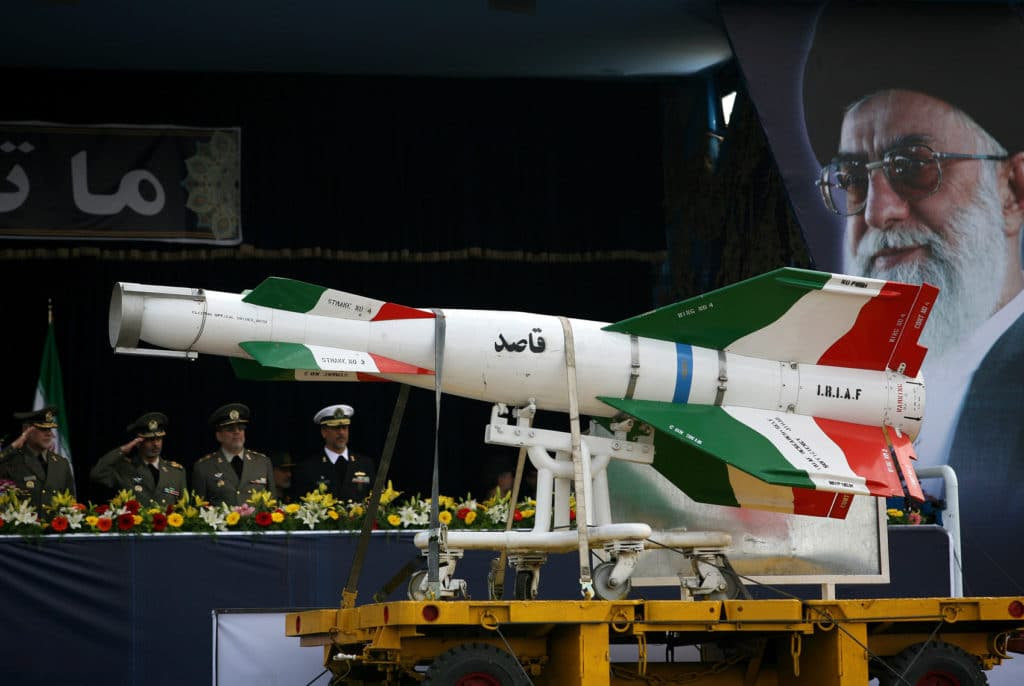 by Mark Dubowitz
{ fdd.org } ~ For almost two years, before President Trump ordered the withdrawal of U.S. troops from Syria in December 2018... the Trump administration pursued an Iran policy based on the use of all instruments of national power to stop Tehran from engaging in a wide array of aggressive and malign behaviors that defy global norms. In his May 21, 2018 speech, “A New Iran Strategy,” Secretary of State Mike Pompeo called on Iran to end verifiably its nuclear weapons and advanced ballistic missile programs, cease its support for terrorism and the destabilization of foreign governments, release all hostages, and halt its aggression against Israel and other U.S. allies. To achieve these objectives, the administration designed a strategy to pressure the regime – diplomatically, economically, and militarily. To that end, the administration walked away from the nuclear deal known as the Joint Comprehensive Plan of Action (JCPOA) and reinstated the comprehensive sanctions that had forced Iran to the negotiating table in 2013. The focal point of U.S. strategy was to intensify the Iranian regime’s ongoing liquidity crisis, which threatened to cripple its economy as a whole. The secretary of state also insisted the U.S. “will advocate tirelessly for the Iranian people,” who endure grave human rights violations and pervasive corruption. The Trump administration made it clear that it did not seek regime change, but would take advantage of the Islamic Republic’s deficit of legitimacy. In short, the U.S. purported to implement a policy of maximum pressure. The administration designed its comprehensive pressure campaign to resemble the one Ronald Reagan deployed against the Soviet Union. The cornerstone of his strategy was the recognition that the Soviet Union was an aggressive and revolutionary, yet internally fragile, regime. Reagan outlined his policy in National Security Decision Directive 75 in 1983. The plan included a massive defense buildup, economic warfare, support for anti-Soviet proxy forces and dissidents to combat Moscow globally, and an all-out offensive against the regime’s ideological legitimacy. The Trump administration withdrew from the JCPOA because the nuclear deal permitted Iran to reach the threshold of a nuclear weapons capability without even cheating. Rather, by waiting for key constraints to sunset, Tehran would have an industrial-size enrichment program, a near-zero breakout time, advanced centrifuges that are easier to operate in a clandestine manner, long-range ballistic missiles, and access to advanced conventional weaponry. In the meantime, its economy could grow with increased foreign investment and decreased vulnerability to sanctions.The administration made it clear that it was prepared to reestablish full diplomatic and commercial relations with Tehran if the regime negotiated a deal that corrects the shortcomings of the JCPOA. As Secretary Pompeo indicated, this would include an end to all uranium enrichment and plutonium reprocessing, “unqualified access” to all sites for UN weapons inspectors, full disclosure of previous nuclear weapons programs, and the termination of Iran’s nuclear-capable missile program. An agreement would also require the release of all U.S. and foreign hostages and the cessation of Iran’s support for terrorism and other aggressive conduct in the Middle East...  https://www.fdd.org/analysis/2019/01/31/midterm-assessment-iran/
.
Germany: Citizenship for Polygamous Migrants? 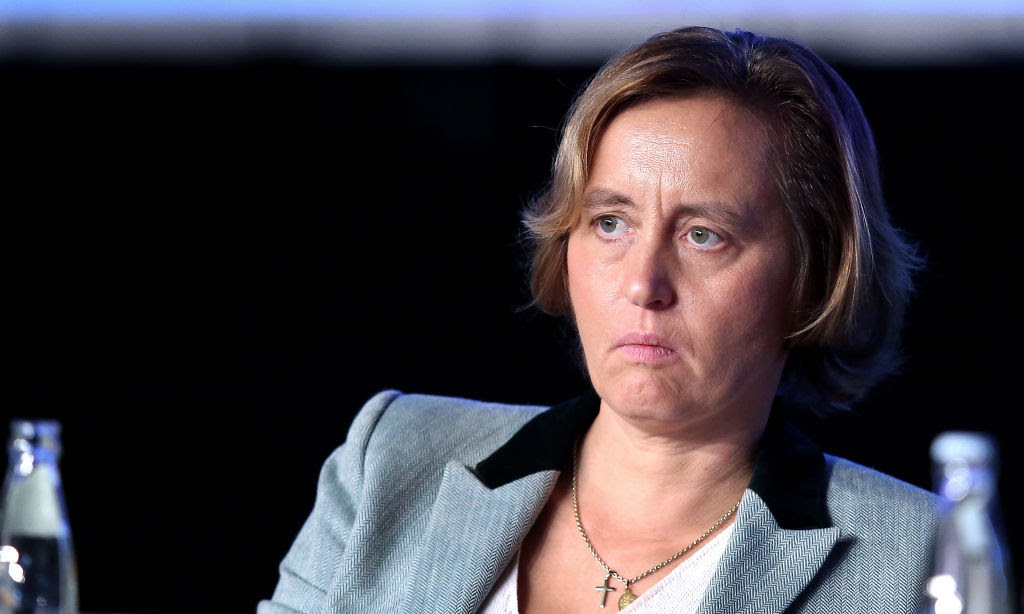 by Soeren Kern
{ gatestoneinstitute.org } ~ The German government has withdrawn proposed legislation that would have banned immigrants in polygamous marriages from obtaining German citizenship... The proposed ban had been included in draft changes to Germany's naturalization law, but was quietly removed from the final text, apparently in the interests of political correctness and multiculturalism. Although German law clearly prohibits polygamy for German nationals, some have argued that the law is unclear as to whether the law applies to foreign nationals living in Germany. The interior ministers of Germany's 16 states had unanimously called on the German government to clarify the issue by enshrining into law a blanket ban on German citizenship for polygamous migrants. Critics say that the bill, as it currently stands, would not only create a legal backdoor for polygamous migrants to become German citizens, but would effectively legalize the practice for Muslim immigrants. The changes would, consequently, enshrine into German law two parallel legal systems, one based on German Civil Law and another based on Islamic Sharia law. The German government has long been debating proposed changes to the country's Nationality Act (Staatsangehörigkeitsgesetz, StAG) that would strip German dual-citizens of their German citizenship if they join jihadi groups abroad. The proposed changes would not be retroactive and would not, for instance, apply to German jihadis who joined the Islamic State. The original draft included language that would have prohibited immigrants in polygamous marriages, as well as immigrants who lack legal identification, from becoming German citizens. The language was removed from the bill after a Cabinet meeting in early April. The removal of the text, first reported by the newspaper Welt am Sonntag on May 5, has been greeted with outrage. The parliamentary spokesman for the Christian Democrats, Mathias Middelberg, blamed Justice Minister Katarina Barley, of the Social Democrats, for removing the language. "This is completely incomprehensible and unacceptable," said Middelberg. "It should be self-evident that naturalization of persons living in polygamous marriages is out of the question in the Basic Law."...   https://www.gatestoneinstitute.org/14191/germany-polygamy-migrants
.
.

Political Editors:  The United Nations released a report this week warning that the “global rate of species extinction is already at least tens to hundreds of times higher than the average rate over the past 10 million years and is accelerating.” The report further notes that if some “transformative change” is not enacted soon, an estimated one million animal species are at risk of extinction. And who, according to the UN’s Intergovernmental Science-Policy Platform on Biodiversity and Ecosystem Services (IPBES), is to blame for this? Modern man, of course.

And the solution to this problem? The IPBES’s recommended “transformative changes” include shrinking the human population, ending “overconsumption,” and “addressing inequalities, especially regarding income and gender, which undermine capacity for sustainability.” In other words, population control and socialism on a global scale.

However, as with anthropogenic climate change, the “science” behind the IPBES’s report is dubious at best. And the recommended socioeconomic solutions are flat nonsense. In fact, the solutions would likely increase the threat to these species rather than mitigate it. The reality is that under greater capitalism and free trade, efficiency standards have increased as the environmental impact has lessened. As Tim Worstall observes in the Washington Examiner, the UN report “insists upon efficient resource use by being inefficient.”

Ronald Bailey’s assessment at Reason is more pointed: “The IPBES report falls in a long line of apocalyptic extinction predictions. For example, S. Dillon Ripley of the Smithsonian Institution predicted in 1970 that in 25 years, somewhere between 75 and 80 percent of all the species of living animals would be extinct. That is, 75 and 80 percent of all species of animals alive in 1970 would be extinct by 1995. Fortunately, Ripley was wrong then and it is likely that the IPBES is wrong now.”

But by all means, we must adopt the ecofascists’ solutions or we stand accused of wanting one million species to die.  ~The Patriot Post