by Humberto Fontova
{ frontpagemag.com } ~ “I'm gonna actually have you participate with me in repeating some words from a leader by the name of Assata Shakur!” -- NAACP V.P. Jamal Watkins opening the We The People conference this week... “The conference speakers included 2020 Democratic White House contenders scumbag-Cory Booker,  Julián Castro, socialist-Beto O'Rourke, Amy Klobuchar, commie-Bernie Sanders, Elizabeth dinky-Warren, Jay Inslee and Kirsten Gillibrand.” Now regarding that “leader” whose words seemed worthy of opening a conference showcasing the entire roster of the Democrat party’s Most-Likely-to-Succeed: On May 2013 the FBI announced a $1 million reward for "information leading to the apprehension" of Joanne Chesimard(also known as Assata Shakur whom they named a "Most Wanted Terrorist." Chesimard is the first woman to make the FBI’s list. The New Jersey State Police Dept., which also wants her, added another $1 million to the pot. You see, amigos, convicted killer of a New Jersey State Trooper and bona-fide "domestic terrorist" Chesimard (Assata Shakur) has been living in Cuba since 1984 as a Castro-coddled celebrity. But it’s not like bounty hunters can operate freely in a Stalinist country. So the $2 million was probably for show. scumbag/liar-nObama’s Justice Dept. was probably putting on a game face and saying, "Look Castro, we’re serious here! You better turn Shakur over, or…or--or ELSE!” Or else WHAT? Well we know the answer to that: or else we’ll take you off the State Dept’s list of terror sponsors...
https://www.frontpagemag.com/fpm/273419/democrat-presidential-conference-opens-communist-humberto-fontova
.
233 Out of 234 House Dems Just Agreed To Let Biological Men Take Over Women’s Athletics

by Jared Harris
{ westernjournal.com } ~ Democrats assure us they’re committed to women’s well-being. In fact, the first sentence on the Democratic National Committee’s “Women” page reads... “we are committed to ensuring full equality for women.” But now women are facing the brutal reality of full equality, thanks to H.R.5, the Equality Act bill. The bill aims to amend the Civil Rights Act of 1964 to include protections for sexual orientation and gender identity. If made into law, this would open female athletic teams at public schools to transgender females — people otherwise known as men. Every House Democrat but one has co-sponsored the bill. The lone left-leaning holdout is Rep. Dan Lipinski. Defending his actions in a statement to Roll Call, Lipinski said the bill would have potentially “damaging and unforeseen consequences for Americans’ religious freedom.” Surprisingly, two Republicans also co-sponsored the bill. Rep. Brian Fitzpatrick and Rep. John Katko joined the ranks of Democrats in their support of the act. Don’t be fooled by the flowery wording of the bill and its promises of equality. It would do nothing but gut women’s sports and shred the confidence of any budding female athlete in the process. As we’ve seen before, transgenders crossing over into the sports of the opposite sex can result in “competition” that is so nonexistent, it’s almost hilarious...
https://www.westernjournal.com/ct/233-234-house-dems-just-agreed-let-biological-men-take-womens-athletics/?utm_source=Email&utm_medium=libertyalliance&utm_campaign=dailyam&utm_content=libertyalliance
VIDEO:  https://www.youtube.com/watch?v=sHqiG_hrbsc
.
What Happens to Palestinians
Who Demand a Better Life? 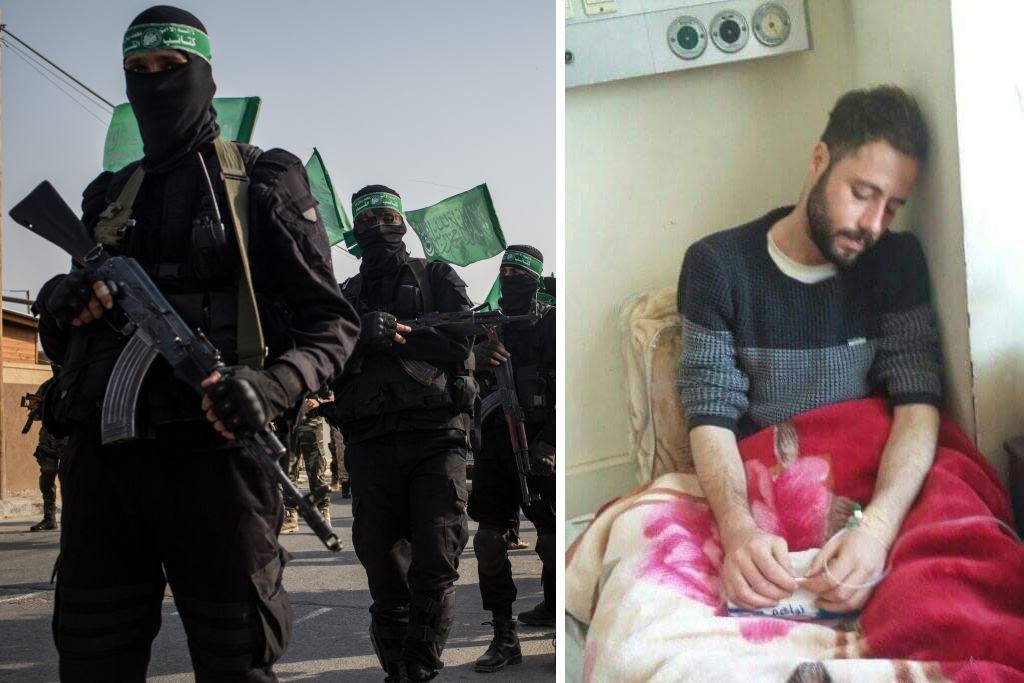 by Khaled Abu Toameh
{ gatestoneinstitute.org } ~ Mohammed Safi, 27, is the latest victim of Hamas, the Palestinian Islamist movement that has been controlling the Gaza Strip since 2007... While voters in Israel were heading to the ballot boxes to elect a new parliament, Safi, who is from the town of Beit Lahia, in the northern Gaza Strip, is reported to have lost his eyesight while being held in a Hamas prison. His crime: participation in demonstrations calling for an end to the economic crisis in the Gaza Strip and protesting new taxes imposed by the Hamas rulers. The protests -- held under the banner "We Want to Live!" -- were the first anti-Hamas demonstrations of their kind in many years. Thousands of Palestinians in the Gaza Strip took to the streets during the protests and called for solutions to their horrific economic morass, including soaring unemployment and the skyrocketing cost of living. Safi was among the Palestinians who decided that they had had enough of the brutal and corrupt regime of Hamas. Like most men at his age, he wanted his Hamas leaders to do something to improve their living conditions. They wanted an end to repression and dictatorship. They wanted their leaders to offer them hope instead of sending them to fire rockets at Israel and demonstrate violently at the Gaza-Israel border. It now seems that Safi will never live literally to see Hamas removed from power. He will not live literally to see an improvement of living conditions and the economy in the Gaza Strip...
https://www.gatestoneinstitute.org/14057/hamas-gaza-protests-torture
.
Another Aide to Sen. Hassan
Allegedly Stole Personal Information

by Luke Rosiak
{ dailycaller.com } ~ A second former aide to Sen. Maggie Hassan is implicated in former IT staffer Jackson Cosko’s massive data-theft scheme... that was ultimately used to “intimidate” Republican senators by “doxxing” them during a confirmation hearing for Supreme Court Justice Brett Kavanaugh, prosecutors said. Samantha G. DeForest-Davis, at the time a staff assistant to Hassan, was the aide who allegedly helped Cosko conduct his scheme, a source with knowledge of the situation told The Daily Caller News Foundation. Court records show a case naming her has been opened, and the source confirmed it relates to her alleged role in the data theft. She filed an affidavit that can be used to assess her eligibility for a public defender, but she has not been charged with any crimes, court records show. Cosko pleaded guilty April 5 to masterminding what prosecutors said was “an extraordinarily extensive data-theft scheme, copying entire network drives, sorting and organizing sensitive data, and exploring ways to use that data to his benefit.” He admitted to stealing tens of thousands of documents and emails from Hassan’s office, in addition to credit card information and Social Security numbers belonging to Senate employees. The data also included a master list of senators’ private information that Cosko posted to Wikipedia out of “anger” at Republicans during the Supreme Court nomination hearings, prosecutors said...   https://dailycaller.com/2019/04/09/hassan-staffer-doxx-kavanaugh/
.
A Mysterious Infection, Spanning
the Globe in a Climate of Secrecy 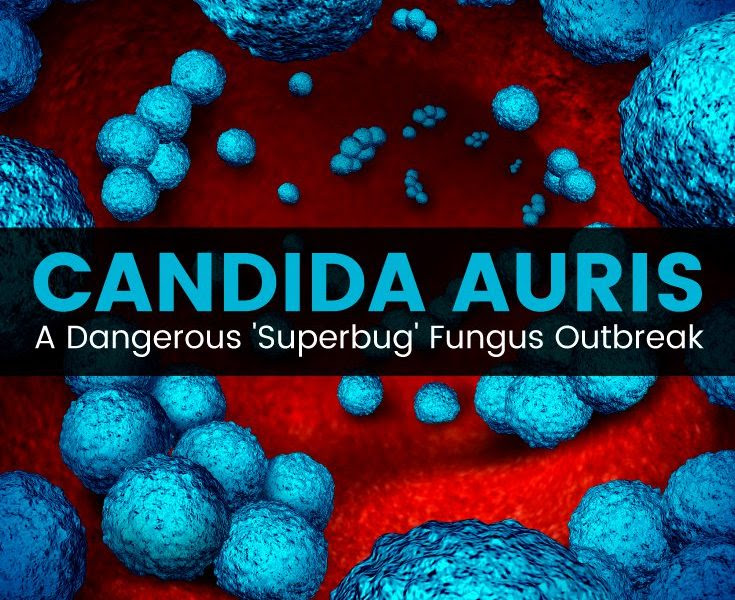 by Matt Richtel and Andrew Jacobs
{msn.com} ~ The man at Mount Sinai died after 90 days in the hospital, but C. Auris did not. Tests showed it was everywhere in his room... so invasive that the hospital needed special cleaning equipment and had to rip out some of the ceiling and floor tiles to eradicate it.  “Everything was positive — the walls, the bed, the doors, the curtains, the phones, the sink, the whiteboard, the poles, the pump,” said Dr. Scott Lorin, the hospital’s president. “The mattress, the bed rails, the canister holes, the window shades, the ceiling, everything in the room was positive.” C. Auris is so tenacious, in part, because it is impervious to major antifungal medications, making it a new example of one of the world’s most intractable health threats: the rise of drug-resistant infections. For decades, public health experts have warned that the overuse of antibiotics was reducing the effectiveness of drugs that have lengthened life spans by curing bacterial infections once commonly fatal. But lately, there has been an explosion of resistant fungi as well, adding a new and frightening dimension to a phenomenon that is undermining a pillar of modern medicine...
https://www.msn.com/en-us/news/world/deadly-germs-lost-cures-a-mysterious-infection-spanning-the-globe-in-a-climate-of-secrecy/ar-BBVFPi7
.

.
No, White-Supremacist Violence Is Not a Major Problem

Political Editors:  On Tuesday, the House Judiciary Committee held a hearing that Democrats billed as an examination of “hate crimes, the impact white nationalist groups have on American communities, and the spread of white identity ideology.” It quickly became quite evident that the Democrats’ true intention for the hearing was to promote the mendacious narrative that “white extremism” is a major and growing problem — and President Donald Trump is supposedly the driving force behind it.

In a seemingly coordinated effort to advance this narrative, The New York Times last week ran an article  claiming that “Attacks by White Extremists Are Growing.” The story highlighted the attack in Christchurch, New Zealand, where a self-proclaimed white supremacist murdered 50 people in an act of terror aimed at Muslims. The article then claimed that the Christchurch murderer “drew inspiration” from “an informal global network of white extremists whose violent attacks are occurring with greater frequency in the West.”

Once again we have a case of the narrative leading the story. It’s clear that the narrative the Times is pushing is that violence perpetrated by white supremacists is a serious and growing threat that is worse than people may believe. But do the facts support such a conclusion? Well, as is often the case with Leftmedia outlets like the Times, not so much.

The Times excluded several important contextualizing details, which immediately calls into question the reliability of the entire narrative. For example, no numbers were provided so as to establish the total number of extremist-related violent incidents globally. In 2017 alone, nearly 20,000 people were murdered by groups associated with radical Islamic extremists — a number not provided by the Times.

Meanwhile, the Times offers a nine-year timeline that notes 15 incidents of “white extremist” violence resulting in 194 people killed that were purportedly committed by individuals motivated by white racism. However, after a closer look into these attacks, one quickly finds that the motive of “white extremism” is not entirely clear … or even there at all.

As Seth Barron, writing for City Journal, observes, “Some of the most prominent killings … resist categorization as acts of white racial terror. Ali Sonboly, the son of Iranian Shi'ite Muslim immigrants and visibly a racial minority, carried out the 2016 Munich mall shooting. The 2016 Umpqua Community College shooting was carried out by a self-identified ‘mixed-race’ man, as was the 2014 Isla Vista massacre, whose perpetrator believed that being half-Chinese made him unattractive to women. The 2018 Toronto van massacre was perpetrated by a white man who declared that he was part of an ‘Incel Rebellion’ against the ‘Chads and Stacys’ of the world — in other words, he was angry that he could not get a girlfriend and was committed to overthrowing the ‘beautiful people.’ The killer mowed down pedestrians in Toronto’s business district at random. The Times’ inclusion of these four incidents calls into question the value of its diagnosis of ‘white extremist killers.’”

Finally, as The Wall Street Journal reports, “Since 1990, far-right extremists have killed 477 people in 214 attacks in the U.S., according to the crime data. A majority of the assaults targeted minorities, with 241 people dying in 170 attacks. (In the same period, the Global Terrorism Database records 31 far-right attacks with one or more deaths.)” In other words, violent attacks committed by “white extremists” are not on the rise — rather, the frequency of these violent hate crimes has remained relatively steady for the past 50 years. In any case, the crimes are dwarfed by attacks perpetrated by Islamofascists.  ~The Patriot Post