.
House Dems Show Their Contempt
for Constitution, Rule of Law

by Hans von Spakovsky and Cully Stimson
{ theacru.org } ~ Last week, House Speaker Nancy Pulosi, D-Calif., falsely labeled Attorney General William Barr a “liar.” Our colleague and former Supreme Court litigator Paul Larkin debunked that baseless epithet... as did Harvard Law School professor Jack Goldsmith and Kim Strassel of The Wall Street Journal. Now House Democrats are threatening to hold Barr in contempt of Congress because he hasn’t turned over the entire dirty cop-Mueller report, even though he released 92% of the entire report to the public and more than 98% to Congress. What’s the 2% not available to congressional leaders? Grand jury information governed by Federal Rule of Criminal Procedure (FRCP) 6(e), which prohibits disclosure of that information, even to Congress. What’s happening, then, is that House Judiciary Committee Chairman scunbag liar-Jerry Nadler, D-N.Y., and his fellow Democrats on the committee want to hold the attorney general in contempt because he refuses to violate a law passed by Congress. Barr has history as well as the law on his side. Grand jury secrecy has been sacrosanct for centuries. “Since the 17th Century, grand jury proceedings have been closed to the public, and records of such proceedings have been kept from the public eye.” So notes a Congressional Research Service report, quoting a 1979 U.S. Supreme Court case. According to the CRS report, the grand jury secrecy rules exist for five principal reasons: To prevent the escape of those whose indictment is being considered by the grand jury. -To ensure the utmost freedom to the grand jury in deliberations, and to prevent persons subject to indictment or their friends from influencing the grand jurors. -To prevent subornation of perjury or tampering with the witnesses who may testify before the grand jury and later appear at the trial of those indicted by it. -To encourage free and untrammeled disclosures by persons—witnesses—who have information about the commission of crimes; -To protect the innocent accused who is exonerated from disclosure of the fact that he has been under investigation, and from the expense of standing trial where there is no probability of guilt. The rule’s secrecy requirement applies to eight categories of peoples, including grand jurors, court reporters, and attorneys for the government. Barr is clearly an attorney for the government and thus is bound by the secrecy requirement as is dirty cop-Robert Mueller. No provision allows the attorney general to waive the requirement. The Democrats believe that they are entitled to the Rule 6(e) grand jury material, most likely because they think that their request falls into one of the categories of exceptions to the rule’s nondisclosure edict. But the exceptions in part (3) of Rule 6(e) allow only for disclosure to another grand jury; to federal law enforcement, intelligence or national security officials of grand jury matters involving foreign intelligence and counterintelligence information needed by officials in the performance of their duties; or to prevent and respond to threats of terrorist attacks, sabotage, or intelligence gathering by foreign powers. In other words, unless Congress’ request for Rule 6(e) grand jury material falls squarely into one of the statutory or court-created exceptions, the attorney general—any attorney general—is prohibited from disclosing that material to Congress. And the congressional request doesn’t fit any of the exceptions...   https://www.theacru.org/2019/05/08/house-democrats-show-their-contempt-for-constitution-rule-of-law/
.
Judiciary Democrats may ask full House to
formally approve their investigation into Trump 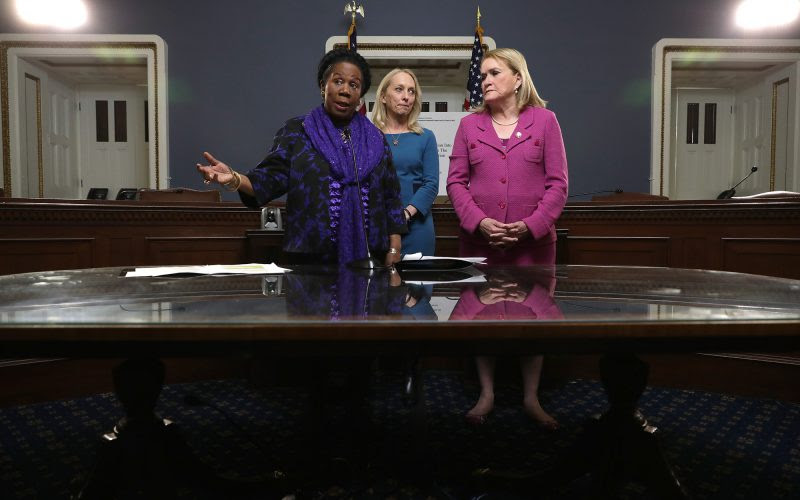 by Lindsey McPherson
{ personalliberty.com } ~ Some Judiciary Committee Democrats, concerned about the Trump administration escalating its stonewalling into their investigation of potential obstruction of justice and abuses of power by the president and his associates... want the full House to approve their probe. “I believe we are at a point now that we should issue a resolution of investigation,” senior Judiciary member dummy-Sheila Jackson Lee said Thursday. “That resolution would come to the Rules Committee and ultimately to the floor of the House, which would then instruct the Judiciary Committee to have a full-fledged investigation, which could not be challenged or would be difficult to be challenged by the president’s whimsical comments of who can testify and who cannot,” the Texas Democrat said. The Judiciary Committee launched its probe into the Trump administration in March, sending out requests for information to 81 individuals and entities, but has received limited responses. dummy-Jackson Lee’s comments, made during a news conference before Democrats began what they estimated to be a 12-hour reading of special counsel dirty cop-Robert S. Mueller’s report, came the day after the White House sent Judiciary Chairman scumbag liar-Jerrold Nadler a letter asking the panel to end its investigation. White House Counsel Pat A. Cipollone accused Judiciary Democrats of trying to “replow the same ground the special counsel has already covered.” If the panel continues its investigation, Cipollone said the White House would “resist the overbroad demands” the committee outlined in its March letters to 81 individuals and entities associated with Trump... Witch hunt.
https://personalliberty.com/judiciary-democrats-may-ask-full-house-to-formally-approve-their-investigation-into-trump/
.
Sheldon Whitehouse's long game 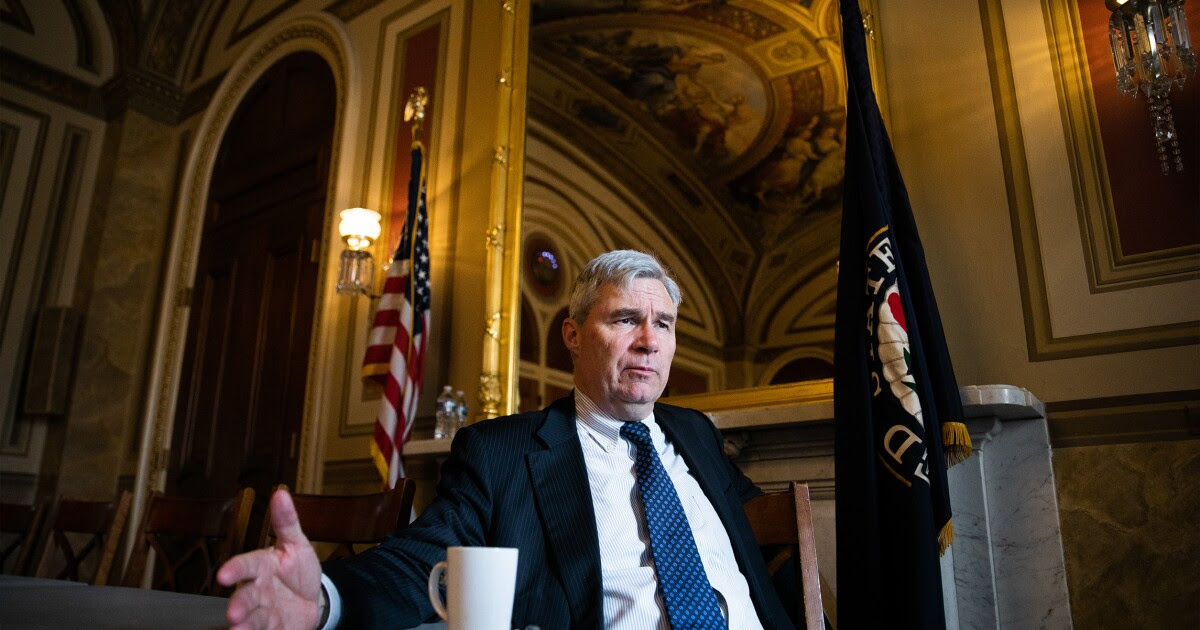 by Josh Siegel
{ washingtonexaminer.com/ } ~ Sen. Sheldon Whitehouse, D-R.I., says that the oil and gas industry, spooked by shareholder advocacy, public pressure, and litigation, is nearing a breaking point... that could lead to Congress passing major climate change policy. “They are scared to death, and they see the day of reckoning happening a lot quicker than most people think,” Whitehouse said in an interview with the Washington Examiner in the Lyndon B. Johnson Room of the U.S. Capitol, occasionally sipping a cup of English breakfast tea as he assessed the industry he has made a political career out of attacking. In Whitehouse’s telling, overcoming the oil and gas industry is key to passing a comprehensive policy such as a carbon tax, which he and most economists view as the most efficient way to curb climate change, because the industry has the Republican Party "pretty much by the throat."But Whitehouse, who has achieved small bipartisan victories on carbon emissions reduction bills, is realistic about the challenge ahead for climate hawks seeking a bigger legislative breakthrough. While most big oil and gas companies are moving to cleaner energy and rhetorically support some form of carbon pricing, the industry trade groups oppose taxes and regulations. Whitehouse particularly blames what he considers “the most powerful enemies to climate action”: the U.S. Chamber of Commerce, the National Association of Manufacturers, and the American Petroleum Institute. “The real machinery of influence is completely unchanged in what its intentions are,” Whitehouse said. “There is a real prospect of that shifting as it becomes more apparent to the American people what a racket the fossil fuel industry is running, saying one thing and doing another.” Whitehouse’s tempered optimism explains his influence among Senate Democrats eager to pass big legislation to combat climate change... There is no such thing as climate change in this time, this climate change has been going on since the beginning of time.
https://www.washingtonexaminer.com/policy/energy/sheldon-whitehouses-long-game?utm_source=breaking_push&utm_medium=app&utm_campaign=push_notifications&utm_source=WEX_News%20Brief_05/16/2019&utm_medium=email&utm_campaign=WEX_News%20Brief&rid=5261
.
Nellie Ohr deleted emails sent
from husband's DOJ account 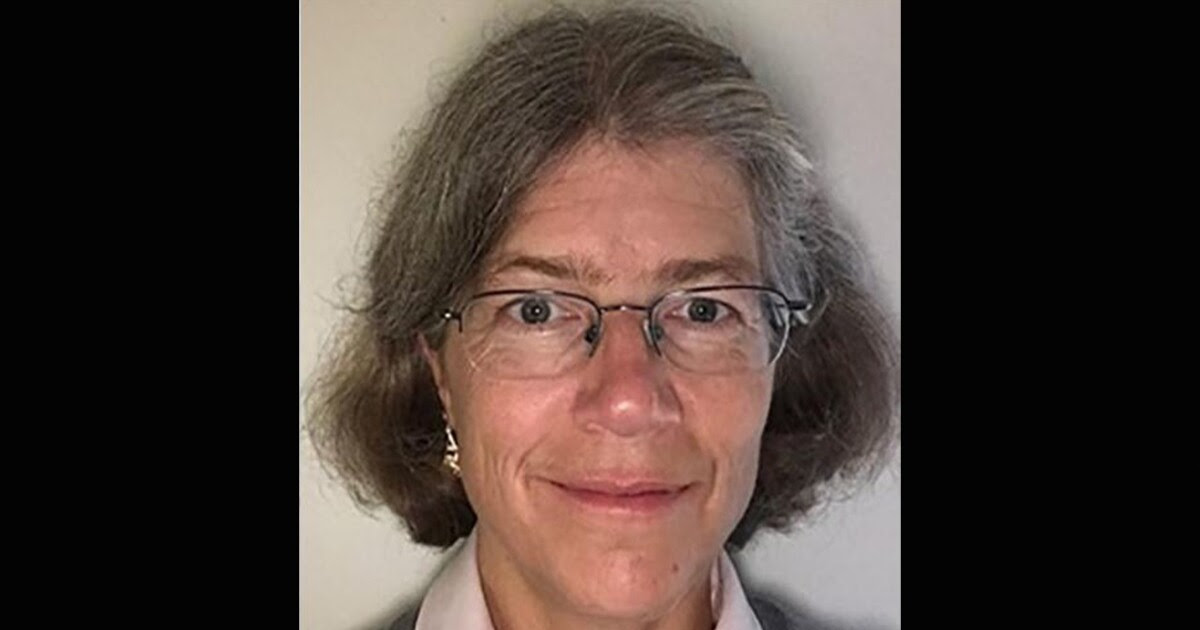 by Daniel Chaitin
{ washingtonexaminer.com } ~ Nellie Ohr, the wife of Justice Department official Bruce Ohr, told her husband she was deleting emails sent from his government account... The revelation comes as both Ohrs remain under intense scrutiny for their ties to Fusion GPS and British ex-spy Christopher Steele, the author of the anti-Trump dossier that was used to obtain warrants to wiretap a member of President Trump's 2016 campaign. Conservative watchdog group Judicial Watch obtained a series of April 2016 emails from a Freedom of Information Act lawsuit against the Justice Department that show a correspondence between the Ohrs, an aide to Bruce Ohr named Lisa Holtyn, and Stefan Bress, a first secretary at the German Embassy. They discussed setting up a dinner for the German delegation as well as a meeting to discuss Russian organized crime. Included in a proposed agenda is the “Impact of Russian influence operations in Europe (‘PsyOps/InfoWar’).” On April 20, responding to the email thread with the subject line, “Analyst Russian Organized Crime – April 2016," came the email from Nellie Ohr about deleting the emails. "Thanks! I’m deleting these emails now," she said. Bruce Ohr was an associate deputy attorney general and director of the Organized Crime Drug Enforcement Task Force while his wife Nellie was an independent contractor and Russia specialist...
https://www.washingtonexaminer.com/news/nellie-ohr-deleted-emails-sent-from-husbands-doj-account?utm_source=WEX_News%20Brief_05/16/2019&utm_medium=email&utm_campaign=WEX_News%20Brief&rid=5261
.
AFL-CIO becomes a warrior for communism 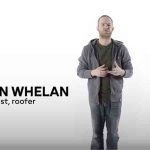 by  John Hinderaker
{ powerlineblog.com } ~ The American labor movement was known, historically, for both political moderation and political effectiveness. But private sector unions are in a state of apparently terminal decline... as currently only 6.4% of private sector workers are union members. Perhaps shrinking membership and political clout explains why unions have become shriller and more radical. The AFL-CIO is a case in point. Yesterday, the AFL-CIO posted this bizarre tweet, which consists of a video starring someone named Dan Whelan, who is identified as “marxist, roofer.” The video is funny in all the wrong ways. Whelan tries to update Marx, who was wrong about everything 150 years ago and not worth the effort. Whelan says there is no such thing as a middle class, since everyone who does not own the “means of production” is a “worker.” What, exactly, are the means of production in a 21st century economy? This is my favorite howler: Whelan identifies three: factories (fair enough), plantations (we don’t have a lot of those anymore) and skyscrapers. Seriously. So you are a “worker” or a “capitalist,” depending on whether you own a part interest in the building that houses your office. The AFL-CIO’s comment? A throwback to the glory days of the 19th century: “We all need to seize the means of production.”
https://www.powerlineblog.com/archives/2019/05/our-communist-labor-unions.php
VIDEO:   https://twitter.com/AFLCIO/status/1128270151252697089?ref_src=twsrc%5Etfw%7Ctwcamp%5Etweetembed%7Ctwterm%5E1128270151252697089&ref_url=https%3A%2F%2Fwww.powerlineblog.com%2Farchives%2F2019%2F05%2Four-communist-labor-unions.php
.
.

Gary Bauer:  Vice President Mike Pence delivered the commencement address at Liberty University in Virginia on Saturday. I urge every Christian in America to watch this speech. Share it with your children and grandchildren.

The vice president and his wife are very committed believers. Pence’s speech was based on an idea that would not have been true at any other time in America’s history until relatively recently.

It boils down to this: The days of easy Christianity in America are over.

People of faith have shaped this country since its founding. But sometime in the last century, things slowly began to change. That change accelerated during the scumbag/liar-nObama presidency, as the government tried to force Christian groups to be complicit in things that our faith teaches we cannot be part of, including the destruction of innocent unborn life.

Thankfully, the current administration is reversing many of those policies.

But there’s a more pernicious trend that’s unrelated to the government. Until recently, being known as a good Christian was an advantage in your career, a signal that you were someone deserving of trust and respect.

Pence warned the young Christian graduates at Liberty University that their faith may cost them their job if they take their Christianity seriously on issues such as the sanctity of life and the meaning of marriage. He told them to be prepared to be mocked, reminding them that even his wife, Karen, was excoriated for merely teaching art history at a Christian school.

So, Class of 2019, my word to all of you is decide here and now that you’re going to stand firm … that you’ll persevere, and that you’ll always be prepared to give a reason for the hope that you have, and you’ll do so with gentleness and respect. Because our nation and our world need that message of grace and love maybe more now than ever before.

Pence’s message is one all of us should take to heart. We must not be afraid. We must not run from our faith. We must stand firmly and defend what God has taught us.  ~The Patriot Post