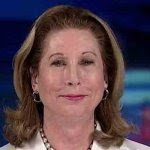 By S.Noble
{ independentsentinel.com } ~ Michael Flynn’s attorney Sidney Powell spoke with Lou Dobbs Wednesday night after the catastrophic hearings... She said, “It was just appalling from every perspective on every level. It was an embarrassment for Mr. Mueller to allow his credibility and integrity to be put behind this investigation built on a fraud.” When asked where it goes from here, Powell spoke of the need for “serious criminal ramifications” for those who orchestrated the Russian collusion hoax. “Attorney General William Barr and U.S. Attorney John Durham have their work cut out for them,” Powell said. “Because to restore any faith in the justice system at all in this country and to restore the rule of law, they’re going to have to be serious criminal ramifications for the people who lied on the FISA warrants and abused power.” Mueller acted like a bumbling, befuddled old man and he’s really not that old chronologically. My 91-year-old mother-in-law could have handled that hearing better than he did. That’s sad.
https://www.independentsentinel.com/general-flynns-attorney-reacts-to-appalling-mueller-hearing/
VIDEO:  https://www.youtube.com/watch?v=5_QdcWMxM3g
.
Dem-led House clears Trump-backed budget and debt limit package, most Republicans oppose 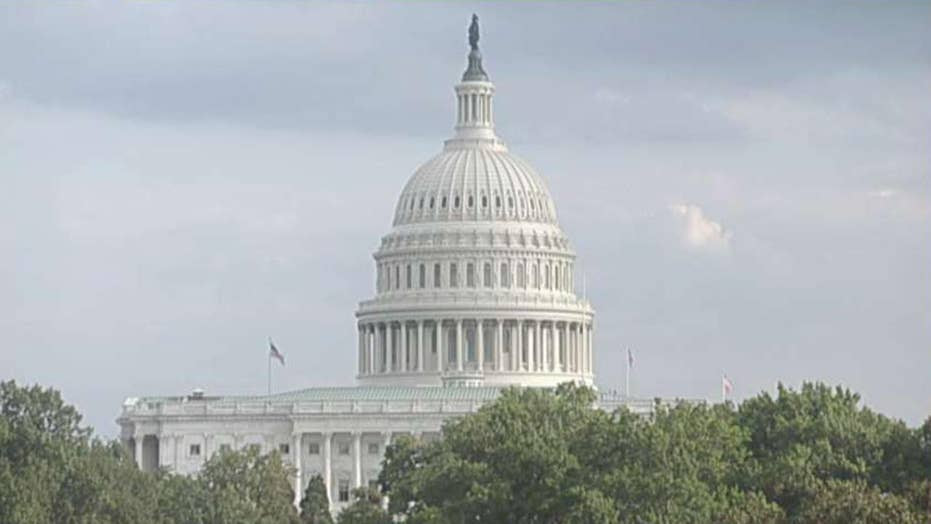 By Bradford Betz
{ foxnews.com } ~ House lawmakers on Thursday approved a budget and debt deal that President Trump had endorsed, although most Republicans voted against the package... While not funding the government, the measure would stave off another government shutdown by permitting the Treasury to borrow freely to pay the government’s bills and solidify recent budget gains for military and domestic programs. The measure would tackle two big items on Washington’s agenda: increasing the debt limit through 2021, thus averting a default on U.S. payments, and setting overall spending limits to prevent $125 billion in automatic spending cuts from hitting military and domestic programs, with 10 percent cuts beginning in January. The measure passed with a 284-149 vote, with the overwhelming "yea" votes coming from Democrats. In all, 219 Democrats voted yes, 65 Republicans voted yea, 132 Republicans voted no, and 16 Democrats voted no. Democrats rallied behind the legislation, while many House conservatives generally balked at the measure for not doing enough to reduce the deficit. Still, President Trump tweeted after the vote: "I am pleased to announce the House has passed our budget deal 284-149. Great for our Military and our Vets. A big thank you!" "We are pleased that our increase in non-defense budget actually exceeds the parity number on defense by $10 billion over the next two years," House Speaker liar-Nancy Pelosi, D-Calif., who along with Treasury Secretary Steven Mnuchin was the main architect of the measure...
https://www.foxnews.com/politics/house-budget-debt-limit-trump-republicans
VIDEO:  https://video.foxnews.com/v/6064061200001/#sp=show-clips
.
Jim Jordan and Trey Gowdy
Discuss Aftermath of Mueller By Aaron Mehta and Joe Gould
{ militarytimes.com } ~ Army Gen. Mark Milley will be the 20th chairman of the Joint Chiefs of Staff, following an 89-1 vote in the Senate Thursday... Milley, the former Army chief of staff, is expected to replace Marine Corps Gen. Joe Dunford as the nation’s top uniformed officer sometime in September. He will work again beside newly installed Secretary of Defense Mark Esper. The two worked side by side for two years, when Esper was Army secretary. Sen. Jeff Merkley, a Democrat from Oregon, was the lone no vote. In late 2018, the expectation was that either Milley or Air Force Chief of Staff Gen. David Goldfein would be the choice of next chairman. Goldfein was reportedly backed by Dunford and then-Secretary of Defense Jim Mattis, but Milley appealed to Trump — so much so that the president announced his choice in December, a shock given that Dunford had nine months left of service before he was due to retire. With Milley’s confirmation, half of the 20 chairman will have come from the Army. Four have come from the Air Force, four from the Navy, and two from the Marines. As nominee, Milley has thrown his support behind nuclear modernization and new capabilities for information warfare. A native of Winchester, Massachusetts, and a fervent supporter of the Boston Bruins and other city teams, Milley received his Army commission from Princeton University in 1980. Milley is an infantry officer by training and commanded Special Forces units in a career that included deployments in the Iraq war, the multinational mission in Bosnia-Herzegovina to implement the Dayton Peace Accords, and the invasion of Panama in 1989.
https://www.militarytimes.com/pentagon/2019/07/25/milley-confirmation/
.

Lewis Morris:  The trade war between the U.S. and China is taking such a serious toll on the communist nation that even its state-run media can no longer hide. China’s economy is growing at its slowest rate in 27 years. The Chinese, their apologists in the Leftmedia, and some economists have pointed out that the slowdown was not unexpected and that the Chinese economy is still chugging along at 6.2% growth. But that doesn’t quite hide the pain.

Any free-thinking person with a sense of history must assume categorically that China’s economic numbers are as cooked as its currency, but there is one recent development that can’t be explained away by sharp pencils and doublespeak — the recent flight of several foreign companies from China.

American and Japanese companies are taking steps to reduce manufacturing footprints in China due to rising costs brought on by American tariffs. More than 50 multinationals, including tech heavy hitters Apple, HP, and Dell and gaming giant Nintendo have all either shifted or are considering shifting significant percentages of production to other countries in Asia. This is a direct result of the Trump tariffs. And it couldn’t have come at a worse time for the Red Chinese.

China’s state-run economic model is starting to show  signs of strain. It may have been doing so for some time already and just remained well hidden, but there are factors that are now undeniably evident. The working-age population has stopped growing, and Chinese goods have saturated foreign markets to the point that it can no longer expand exports like its Asian neighbors, all of which are enjoying more sustainable economic growth rates than China.

There is an even more fundamental problem. China is finding it difficult to run a modern internationally competitive economy in a communist state. Top leaders believe strong state involvement in the economy is exactly what will make China globally important. Private Chinese companies, a handful of which are leaving the country to avoid the Trump tariffs, are having a tough time competing with state-run enterprises because the state companies receive favorable treatment in the form of loans and infrastructure support.

This is all good news for America, and it’s good news for President Donald Trump. He has been much maligned for taking on China, but it is the right thing to do. For decades, China manipulated its currency, undercut America on trade with a variety of questionable or outright illegal trade practices, and created a falsified view of its true economic picture. It consistently faces accusations of improper activity by other members of the WTO. (The United States backed China’s membership into the world trade governing body, by the way.)

Indeed, it was China that started the trade war.

Trump is the only president in the modern era who has openly challenged Chinese leaders and taken them to task. They likely figured Trump to be like many of his predecessors — say a few harsh words on the campaign trail and then do nothing. Well, they figured wrong. As a bonus, American leftists were hoping the tariffs would cause enough harm to the U.S. economy to foil Trump’s reelection. And they were wrong, too.

Trump should press the advantage by making a strong global case against China, reminding other nations that Beijing has not been playing it straight with any of them. Who knows? He just might bring the results the world needs.  ~The Patriot Post