As two more Senate Republicans announced opposition to the fledgling GOP health care plan, Senate Majority Leader Mitch McConnell (R-KY) pulled the plug, stating, "Regretfully, it is now apparent that the effort to repeal and immediately replace the failure of liar-nObamaCare will not be successful." Once again, Republicans have fallen into the trap of letting the perfect become the enemy of the good. So what has been learned, and what are the possible future options?
*Republicans struggle mightily to be team players. Unlike Democrats, whose collectivist instincts cause them to regularly abandon any personal convictions and principles for party loyalty, Republicans' bent toward individualism often proves to thwart party unity.
*There are myriad factors at play here — behind-the-scenes dealing and political favors or calculations. Politics in Washington is always much more than meets the eye.
*That leads to the next point: follow the money. While politicians often explain their decisions as standing for high-minded principles, more often than not special interest groups are the overriding motivation. And don't forget the constant concern over re-election. Then there's the fact that health care accounts for roughly one-sixth of the economy. There's a lot of money involved.
*McConnell has now called for a straight-up repeal vote on liar-nObamaCare, which at face value would be even more difficult to pass. So what's the strategy? McConnell wants to get all Republicans on record to expose most clearly those who are unwilling to repeal the collapsing law — especially the moderates who benefited politically from repeal when it couldn't actually be done but are now showing their true colors. Here's looking at you, Susan Collins.
*And while liar-nObamaCare is indeed collapsing, that doesn't mean it goes away. All the regulations and mandates that are negatively impacting every single American will remain in place, continuing to act as a weight dragging down the economy and costing billions in taxes and higher premiums.
*Finally, by not repealing and replacing liar-nObamaCare, Republicans have significantly hindered Donald Trump's ability to move aggressively forward in tackling the economy and taxes. Trump has done much thus far in reforming Washington via enacting a massive deregulation campaign, but he needs Congress to work toward permanent change. Much of that change depends first on repealing liar -nObamaCare.
It is indeed frustrating to see how ill-prepared Republicans were to take over leadership. As Pat Toomey (R-PA) alluded to recently, Republicans assumed that liar-Hillary Clinton would win and were simply not prepared to enact a conservative agenda. They had better start working aggressively toward one soon, or they won't be in leadership much longer.  ~The Patriot Post
https://patriotpost.us/digests/50248
.

.
clown-SCHUMER Pins
liar-nObamacare Failure On TRUMP
by Rick Wells
{rickwells.us} ~ Chuck clown-Schumer is at it again, distorting the truth in an attempt to create an alternate reality, rewriting history and his Democrats out of responsibility for one of their greatest failures, liar-nObamacare... In the  Democrat big picture, which is focused on destroying America, it is actually a huge success, but they have to pretend they want America to succeed until they reach the time to pull our plug, to take us down. Swamp snake clown-Schumer declared on Tuesday that President Trump’s threat to let liar-nObamacare collapse was actually a PR attempt to sabotage the failing health care system, using the American people as political pawns through which to apply the pressure. Despite liar-nObamacare being 100% an liar-nObama and Democrat imposed program that is collapsing because it is unsustainable, clown-Schumer and his fellow vermin are claiming they didn’t do it. Like the “They went that-a-way, Sheriff” misdirection found in cheap Westerns, clown-Schumer said, “The president would not be ‘letting liar-nObamacare collapse.’ He is actively trying to undermine the heath care system in the county, using millions of Americans as political pawns in a cynical game.”...Who does he think he's kidding? http://rickwells.us/schumer-pins-obamacare-failure-trump-letting-monster-die/
.
Fukushima Plant Owner Decides to Dump
777,000 Tons of Nuclear Waste Into Ocean

by theantimedia.org
{thesleuthjournal.com} ~ More than three-quarters of a million tons of radioactive water is about to be dumped into the Pacific Ocean if the chairmen of the Tokyo Electric Power Company (TEPCO) and the Nuclear Regulation Authority (NRA) have their way... Japanese media reported over the weekend. All they require now is final government approval. “The decision has already been made,” TEPCO chairman Takashi Kawamura told the media, according to the Japan Times. As of July 6, about 777,000 tons of tritium-tainted water is being stored in about 580 tanks at the Fukushima nuclear plant. The water, which is constantly injected into leaking reactor No. 1 to cool it since it was damaged by a tsunami in 2011, is then filtered to remove radioactive materials. The complex filtering system can eliminate everything but tritium... http://www.thesleuthjournal.com/fukushima-dump-tons-nuclear-waste-ocean/
.
The NRA Takes On The Washington Post

by James Barrett
{dailywire.com} ~ The feud between the National Rifle Association and the "fake news" media continues to escalate. In a new video produced by the NRA, The Washington Post's dramatic "Democracy Dies in Darkness" motto gets some tweaking:.. "Journalism Dies at The Washington Post," says NRA-TV host Grant Stinchfield in a 2-minute video that continues the NRA's theme of fighting back against the lies of the "violent Left." Despite a track record of faithfully downplaying the violent rhetoric of Democrats and the radical Left, The Post and their left-leaning colleagues have feigned outrage over the NRA calling on Americans to respond to the Left's "violent lies" with the "clenched fist of truth" — a phrase first stated in an ad by Dana Loesch, which is now becoming one of the organization's key themes... http://www.dailywire.com/news/18693/nra-takes-washington-post-james-barrett
VIDEO:  https://www.youtube.com/watch?v=XtGOQFf9VCE
.
Social Security Reform Is Urgent and Necessary 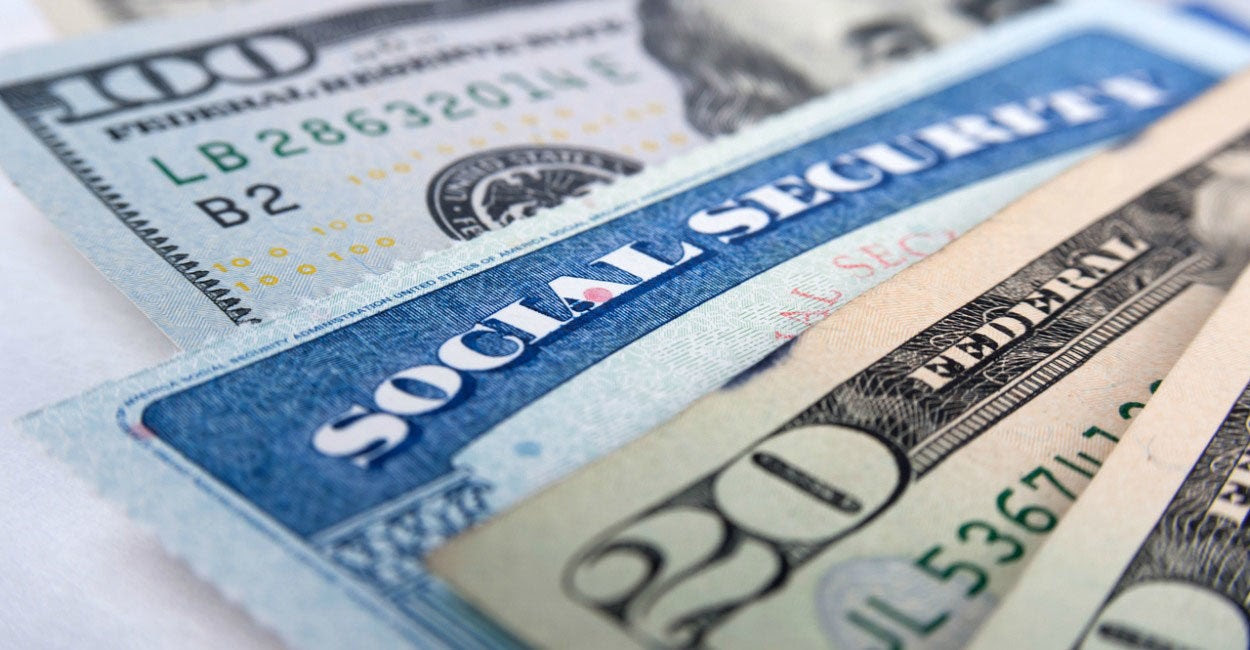 by Romina Boccia
{dailysignal.com} ~ Late in the afternoon on Thursday last week, the Social Security Administration released its annual trustees’ report... As is often the case when government entities have bad news to report, they do so on a schedule that makes it easier to bury the information. The American people need to know the state of finances of the Social Security program so they can better understand why reform is not only necessary, but absolutely essential. Here are five takeaways from the most recent financial report:... http://dailysignal.com/2017/07/17/social-security-reform-urgent-necessary/?utm_source=TDS_Email&utm_medium=email&utm_campaign=MorningBell&mkt_tok=eyJpIjoiTm1FM05HUmhOall6TURSbSIsInQiOiJleDAxYlZ3QVlsaEtjRmJQak50OElscXpBUUpIZk1QOHNHSkNYQ2NBQWxRQmZqNnlQakxXNVZaellKS3dFMVdUU1BENEw2MXN6a2ZOMlpHYjBRa0hTM3EyTTRSaDkzOXprMjFHblgwS29nUjhlM05md3dNcWlZTHFWNVc0OFVDSCJ9
.
Patronizing Nauert – How Many Russians
In The Room – You Like Free Press, Boris?

by Rick Wells
{rickwells.us} ~ Americans shouldn’t allow themselves to be deceived by the fact that the often snarky State Department spokesperson, Heather Nauert, used to work at Fox News and assume that she’s one of us... She’s a  former employee of ABC “News” as well as a graduate of Columbia University, with a masters degree in journalism. Columbia, especially in their reeducation department, does not produce conservative thinkers. She’s also a CFR Member, which probably explains how she went from TV news reader to propagandist and deep state cover person for the State Department. Nauert, who always seems to be wearing that pasted on “I’m just tolerating you,” fake smile, asked one reporter she called upon what his name was. Both his name and the agency he worked for were difficult to understand but that didn’t matter. It’s what she expected as he became her propaganda prop...http://rickwells.us/patronizing-nauert-russians-room-like-free-press-boris/
VIDEO:  https://www.youtube.com/watch?v=4nfBdG14cT4
.

by Robert Spencer
{jihadwatch.org} ~ Pakistan’s The Nation reported Saturday that a Christian has been arrested for criticizing Muhammad. That is the sort of thing that happens frequently in a state that enforces Sharia blasphemy laws, but in Europe and North America, we are more enlightened. We value the freedom of speech, and understand that free and unrestricted discourse is an indispensable foundation of a free society. Or at least we used to. A few recent news items show how far Islamic blasphemy laws have advanced in the West.

In Britain last week, a hamburger vendor named Jim Gardiner refused to serve a customer, Piers Palmer, after Palmer disagreed with Gardiner’s Islamocritical views. That was a bit rude, but then Palmer reported Gardiner to the police for “hate speech.” Gardiner went to court, and was fined.

It’s police state behavior to turn in someone to authorities for ideological deviance, perhaps hoping to curry favor by doing so. Piers Palmer will soon be living in the Britain he has chosen and that he wants, and by then he may regret the course of action he has taken, but at that point it will be far too late.

The Belfast Telegraph reported several weeks ago that “three men have been arrested in relation to suspected hate crime in Armagh and Coalisland. Police conducted searches and arrested three men age 31, 38 and 47. They have been arrested as a result of an investigation following reports of anti-Islamic material being displayed in the Armagh area….”

The Belfast Telegraph, sensitive to Islamic sensibilities, does not tell us what this “hate crime” consisted of. If it involved direct incitement to violence, then these men should have been arrested for incitement to violence. But if it consisted solely of criticism of Islam, then the question becomes, would they have been arrested for anti-Christian material? Anti-Jewish material? Or is it a “hate crime” only to criticize Islam in Northern Ireland? If so, when did the U.K. become a Sharia state?

These cases show that the freedom of speech is dead in Britain. It is illegal to hold critical views of Islam or Muslims. If Jim Gardiner or these three Northern Irish had criticized Christianity and Christians, they never would have run afoul of the law.

In France, meanwhile, journalist Éric Zemmour has been charged with “incitement to discrimination and hatred against people of Muslim faith” for the crime of saying that Muslims “have to choose between Islam and France,” and that “Jihad is a religious duty,” and that “Muslims consider jihadists as good Muslims,” and that “moderate Islam does not exist.” These statements are all demonstrably true, but truth appears to be no defense in Sharia France. Zemmour, like Gardiner, would not be facing any charges if he had criticized Christianity or any religion other than Islam.

And in Canada, the American political activist known as “Wild Bill,” Bill Finlay, was invited to speak in Calgary about the impact of Sharia on women and children, and about the freedom of speech. But he never got there: Canadian authorities stopped him at the border and confiscated his iPad, accusing him of attempting to smuggle “hate speech” into Canada.

Can it happen here? Of course. In New Jersey in late June, Prospect Park Mayor Mohamed Khairullah grew enraged during a contentious Prospect Park Board of Education meeting when board member Emma Anderson stated: “This is not Sharia law, this is an orderly session.” Khairullah called for her resignation, as did the Hamas-linked Council on American-Islamic Relations (CAIR). So far Anderson has not obliged, but clearly Khairullah and CAIR are trying to set a precedent: even the most offhanded remark, if it is even remotely critical of Islam, is cause for firing and ostracism.

They’re well on their way to success already. All over the West, non-Muslim authorities are willingly adopting Sharia blasphemy norms. Where will it end? Will the West passively acquiesce to the full implementation of Sharia, or will at some point authorities draw the line and say Thus far, and no farther? If they ever intend to do that, they should do it quickly, for as these cases indicate, the freedom of speech is eroding rapidly. No one seems particularly concerned about that now, but they may find that they miss it when it’s gone.