TheFrontPageCover
~ Featuring ~
Video: All My Money on Trump,
No Matter the Dem Nominee

Jordan Candler  Above the Fold

“THEY NEED TO INVESTIGATE THIS”: loose lips liar-Joe Biden under probe in Ukraine for alleged link to top prosecutor’s 2016 ouster (Fox News)

“IT REMAINS A PRIVATE FORUM, NOT A PUBLIC FORUM”: Federal appeals court rules tech platforms can censor content (The Hill)

FOR THE RECORD: scumbag/liar-Hillary Clinton took more cash from Harvey Weinstein than any other Democrat (New York Post)

DEPRAVITY: Viral TikTok shows teenage girls giggling while one gets an abortion (The Federalist)

POLICY: The Great Recession recovery wasn’t powered by scumbag/liar-nObama; it was oil and gas (Washington Examiner)

~The Patriot Post
https://patriotpost.us/articles/68909?mailing_id=4894&utm_medium=email&utm_source=pp.email.4894&utm_campaign=snapshot&utm_content=body
.
Israel's Iran confrontation is pointing
the way to the future of war

By SETH J. FRANTZMAN
{ thehill.com } ~ Iran is shipping sophisticated surface-to-air missiles, drones and other missiles to its allies across the Middle East... A seized shipment, revealed by U.S. Central Command (CENTCOM) on Feb. 19, included drone and cruise missile components reportedly linked to an attack on Saudi Arabia’s Abqaiq oil facility last September. To confront the threat, Israel rolled out a new multi-year plan to transform its armed forces’ ability to both fight a multi-front war and to confront Iran. The Israel Defense Forces (IDF) is trying to do something unique in history by preparing the army for a potential future war that does not look like any before. Often armies end up planning to face enemies of the past, with disastrous results. This was the case with tactics of the U.S. Civil War, or the French army’s static defenses in World War II. Recent conflicts have revealed how technology is transforming the battlefield. This is illustrated in the counter-insurgency campaigns of the kind the U.S. has faced in the Global War on Terror, and inter-state conflicts such as tensions between Iran and other countries in the Middle East. Israel dubs its new plan “Momentum,” and it says the concept is to combine all the elements of its armed forces, including land, sea, air, intelligence and cyber. Using one kind of force, such as just the air force or just infantry, is a relic of the past. That means putting more resources  into units at the front, and more capabilities  such as drones and even high-energy lasers to confront drone threats. It also means using more accurate precision-guided munitions. In a recent briefing by the IDF, the army characterized this as going into “uncharted territory and leading the way. There is focus throughout the world on what we are doing.” To imagine what the future battlefield might look like, it’s worth looking at a few Israeli technologies. One is called Fire Weaver, which will be integrated into the army in the next several years. It links all the soldiers in an area to a network, sort of like when you play a first-person-shooter video game and see all the other players. It also uses artificial intelligence to optimize which weapon system can be used against threats. For example, if one soldier with an M-16 can’t hit an enemy who is hiding in a building, the system can calculate that a drone or another team on the other side of the village could hit the enemy. The system is supposed to reduce friendly-fire, collateral damage to civilians and give commanders faster intelligence to make decisions. It is a bit like applying management information systems, or efficiency concepts one might find in business, to war...
https://thehill.com/opinion/international/484167-israels-iran-confrontation-is-pointing-the-way-to-the-future-of-war?utm_source=Middle+East+Forum&utm_campaign=ae3b108b73-MEF_Frantzman_2020_02_28_12_18&utm_medium=email&utm_term=0_086cfd423c-ae3b108b73-33703665&goal=0_086cfd423c-ae3b108b73-33703665&mc_cid=ae3b108b73&mc_eid=f33b9e6c12
.
Collins unloads on Dems at CPAC, believes
AG Barr will charge people 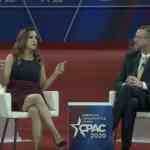 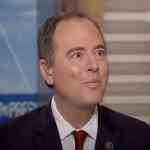 By M. Dowling
{ independentsentinel.com } ~ Congressional Democrats misread or lied about the information they were briefed on by U.S. intelligence officials this month... Someone — probably scumbag/liar-Adam Schiff — then fed that misinterpreted information to The New York Times. If you can remember all the way back to LAST WEEK, you know that the new Russia collusion story was big news with liar-Nancy Pelosi and scumbag/liar-Hillary Clinton calling President Trump ‘Putin’s puppet.’ The Times published that misinformation in a “bombshell” report last week. The report falsely claimed Russia has been actively seeking to boost President Donald Trump’s re-election campaign. After the report’s publication, it spread throughout the Internet universe. The U.S. intelligence officials told NBC News that the information was wrong. Moreover, NBC revealed that the Democrats responsible for funneling misinformation to the Times were the same ones on scumbag/liar-Schiff’s House Intelligence Committee. “At issue is the secret analysis presented to the House Intelligence Committee Feb. 13 by the top intelligence official in charge of election security, Shelby Pierson,” NBC reported. “Current and former officials who spoke to NBC News this week say the misinformation and controversy surrounding that briefing have left them on the defensive.” According to NBC, these officials have pinned the blame for this information specifically on “misinterpretation by some Democratic lawmakers.” “Two intelligence officials told NBC News this week that Pierson did not tell lawmakers that intelligence showed Russia was actively working to help the president’s re-election campaign,” network revealed. The only question is if Democrats misunderstood or lied, but, hello, it’s scumbag/liar-Adam Schiff...  https://www.independentsentinel.com/what-happened-to-the-big-bombshell-russia-collusion-story-of-last-week/
.
President Trump Considering “Defense
Production Act” to Expand Domestic
Production of U.S. Medical Needs

by sundance
{ theconservativetreehouse.com } ~ The media is attempting to initiate panic about the Coronavirus in 2020 the same way the media attempted to manufacture panic about an upcoming U.S. recession in 2019... First things first.  Earlier today Vice-President Pence announced Dr. Debbie Birx will serve as the White House Coronavirus Response Coordinator. Dr./Ambassador Birx is about as bureaucratically deep state as you can get. Coming from the State Department Dr. Birx has led the U.S. effort to eradicate HIV/AIDS effort and has a strong pedigree as a 30-year global health official, scientist and physician: […] Ambassador Birx is a scientist, physician, and mom, with three decades of public health expertise, including virulent diseases, their vaccines, and interagency coordination. She has been utilizing the best science to change the course of the HIV pandemic and bring the pandemic under control, community by community and country by country. Her focus over three decades has been on HIV/AIDS immunology, vaccine research, and global health. She has developed and patented vaccines, including leading one of the most influential HIV vaccine trials in history. Three different Administrations across both political parties have relied on her knowledge and judgement. Additionally Vice President Pence added Steven Mnuchin, Secretary of the Treasury; Dr. Jerome Adams, Surgeon General of the United States; and Larry Kudlow, Director of the National Economic Council to the Coronavirus Task Force...  https://theconservativetreehouse.com/2020/02/27/president-trump-considering-defense-production-act-to-expand-domestic-production-of-u-s-medical-needs/
.
Democrats jittery about prospect of Trump
contesting general election results 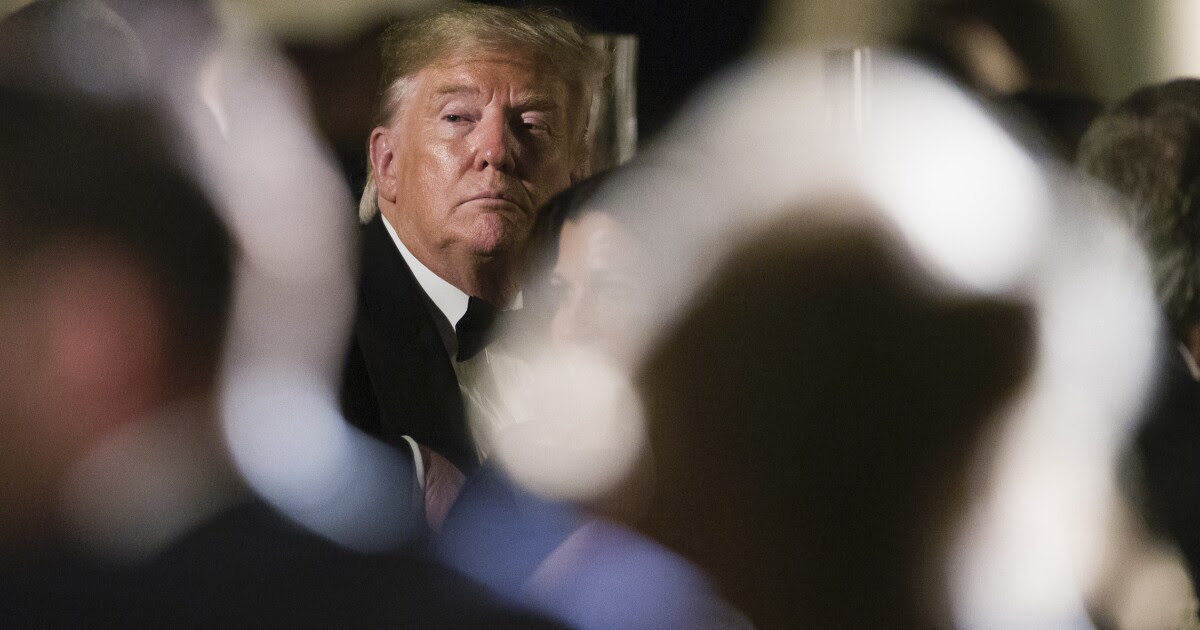 by Naomi Lim
{ washingtonexaminer.com } ~ In a post-impeachment political environment, Democrats keep peppering their potential 2020 nominees about what they would do if President Trump doesn't accept November's general election results... loose lips liar-Joe Biden, who appears to be holding together his firewall ahead of Saturday's South Carolina primary, faced an iteration of the question during a televised town hall in Charleston late Wednesday. "Sir, what is your plan if Trump loses but refuses to concede based on allegations by his supporters of irregularities, and he refuses to step down as president based on those allegations?" the voter inquired on CNN to some laughs from the studio audience. loose lips liar-Biden, 77, told the man, Deveaux Stockton, an area trial lawyer, it was a "serious concern." "Did you ever think in your lifetime, no matter how young or old you are, any person would be able to ask that question and be taken seriously?" the two-term vice president said. "Our democracy is at risk." Delaware's 36-year senator added, given the way Trump had undercut the military, the intelligence community, and the FBI during his four years in office, he had "no worry about him being escorted out of the White House" if he declined to vacate the building on Jan. 20, 2021, or beyond. While the exchange evoked a ripple of laughter from the crowd, versions of Stockton's inquiry seem to be on voters' minds across the country, even if he would lack the requisite constitutional authority, wouldn't be able to marshal law enforcement and other agencies to come to his defense, and as a private citizen would feel the full weight of justice system...
https://www.washingtonexaminer.com/news/democrats-jittery-about-prospect-of-trump-contesting-general-election-results?utm_source=WEX_News%20Brief_02/27/2020&utm_medium=email&utm_campaign=WEX_News%20Brief&rid=5261
.
Rep. Paul Gosar Raises Alarms about Middle
East Studies at the University of Arizona 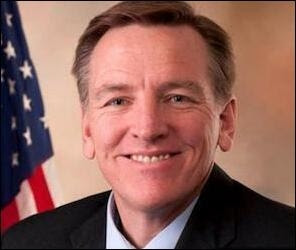 by meforum.org ~ Rep. Paul Gosar (R-AZ) sent a letter to Department of Education Secretary Betsy DeVos concerning the University of Arizona's Center for Middle Eastern Studies (CMES)... raising concerns that it is supporting "biased, anti-American, pro-BDS" faculty and research and accepting considerable sums of money from foreign sources, specifically Qatar and Saudi Arabia. Gosar's letter asks that the University of Arizona's Title VI-funded programs be scrutinized for possible violations of that section of the Higher Education Act. "It is incumbent upon the Department of Education to ensure that federal laws and regulations are adhered to and that taxpayer dollars are not misused to endanger America's national security, the security of our allies, or to encourage biased, politicized scholarship," said Gosar in his letter. Specifically, he cited over $7 million in funding from Saudi Arabia and Qatar, which creates a potential conflict of interest with funds intended for U.S. national security programs, and multiple professors who openly support the BDS movement, publish articles with antisemitic content, and take highly politicized views of Israel and Jews. Rep. Gosar notes that Title VI grants are intended to fund foreign language and international studies programs with the goal of improving America's national security. But higher education  watchdogs have long raised concerns about the actual practices of Title VI-funded Middle East studies centers. Widespread problems include promoting blatant antisemitism, whitewashing Islamism, and abdicating the program's original mission. Other members of Congress have also raised this issue. Rep. Denver Riggleman (R-VA) voiced similar concerns about Georgetown University's Center for Contemporary Arab Studies, and Rep. George Holding (R-NC) raised concerns regarding the Duke University/University of North Carolina (UNC) Consortium for Middle East Studies (CMES). "Title VI funds should not be used for heavily politicized scholarship," notes Winfield Myers, director of Campus Watch. "Nor should they be intermingled with funds from nations that, at best, have very different core values concerning human rights and democracy. Rep. Gosar's letter is an important step in trying to bring Title VI funds in line with their original purpose. The Department of Education should conduct an investigation and insist on transparency in how these funds are used."...
https://www.meforum.org/60490/paul-gosar-raises-alarms-middle-east-studies?utm_source=Middle+East+Forum&utm_campaign=8f68112eac-MEF_pressrelease_2020_02_27_11_28&utm_medium=email&utm_term=0_086cfd423c-8f68112eac-33703665&goal=0_086cfd423c-8f68112eac-33703665&mc_cid=8f68112eac&mc_eid=f33b9e6c12
.

.
Video: All My Money on Trump, No Matter the Dem Nominee

Media Editors:   https://www.youtube.com/watch?v=uBta5R2PRzU&feature=emb_title
.
Video: California Is a Hellhole (And It's Getting Worse)