.
Nellie Ohr's 'Hi Honey' emails to DOJ about
Russia collusion should alarm us all

by John Solomon
{ thehill.com } ~ First came the text messages between FBI lovebirds Peter Strzok and Lisa Page, which gave us a painful glimpse at potential political bias... inside America’s most famous crime-fighting bureau. Now, a series of “Hi Honey” emails from Nellie Ohr to her high-ranking federal prosecutor husband and his colleagues raise the prospect that scumba/liar-Hillary Clinton-funded opposition research was being funneled into the Justice Department during the 2016 election through a back-door marital channel. It's a tale that raises questions of both conflict of interest and possible false testimony. Ohr has admitted to Congress that, during the 2016 presidential election, she worked for Fusion GPS — the firm hired by Democratic nominee scumbag/liar-Clinton and the Democratic National Committee to perform political opposition research — on a project specifically trying to connect Donald Trump and his campaign chairman, Paul Manafort, to Russian organized crime. Now, 339 pages of emails from her private account to Department of Justice (DOJ) email accounts, have been released under a Freedom of Information Act request by the conservative legal group Judicial Watch. And they are raising concerns among Republicans in Congress, who filed a criminal referral with the Justice Department on Wednesday night. They clearly show that Ohr sent reams of open-source intelligence to her husband, Associate Deputy Attorney General Bruce Ohr, and on some occasions to at least three DOJ prosecutors: Lisa Holtyn, Ivana Nizich and Joseph Wheatley. The contents tracked corruption developments in Russia and Ukraine, including intelligence affecting Russian figures she told Congress she had tried to connect to Trump or Manafort...
https://thehill.com/opinion/white-house/441580-nellie-ohrs-hi-honey-emails-to-doj-about-russia-collusion-should-alarm-us
.
loose lips-Biden’s Alleged Financial Ties To
U.S. Enemy China Overshadow His 2020 Bid 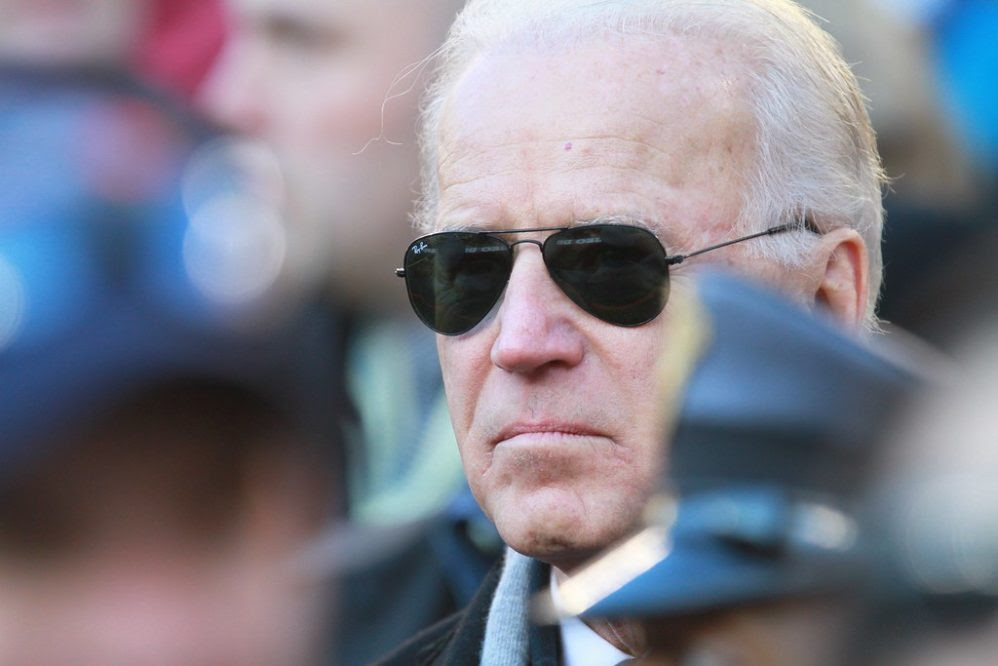 by Ben Weingarten
{ thefederalist.com } ~ China has brazenly threatened U.S. liberty, including our freedoms of commerce, navigation, and communication and the life and limbs of our servicemen and civilians... It has sought to chill speech on U.S. soil and influence our elections. It harbors expansionist ambitions that further imperil our liberties and those of our allies. In short, there is no greater challenge for American in the realm of national security and foreign affairs. At a time in which the political-media establishment’s stated concern over foreign influence in the U.S. political system is paramount, we should be asking one question of every U.S. candidate and official: Where do you stand on China, and do you have any entanglements—economic or otherwise—with Beijing that create a conflict of interest or the appearance thereof? This issue, largely missing from the public discourse, was raised at a recent meeting of China hawks in the financial community by a former President Trump confidante, perhaps telegraphing a critical campaign debate to come. Aiming his fire specifically at the newest entrant to the Democratic presidential field, former Vice President loose lips-Joe Biden, former Trump chief strategist Steve Bannon asserted: “loose lips-Joe Biden’s gotta come 100 percent clean on his relationship and his family’s relationship with the CCP [Chinese Communist Party] … We need to know every piece of involvement that loose lips-Joe Biden has had with the Chinese Communist Party, the Bank of China and all the financial institutions in China.” The ex-Trump advisor was alluding to “scumbag/liar-Clinton Cash” author Peter Schweizer’s reporting in his 2018 book, “Secret Empires: How the American Political Class Hides Corruption and Enriches Family and Friends.” In the book, Schweizer writes about the link between loose lips-Biden’s role in U.S.-China policy, and a deal consummated by his son Hunter Biden’s investment firm Rosemont Seneca Partners with the Chinese government. In Schweizer’s telling, during an official December 2013 trip... People need to wake up and see what is happening.
https://thefederalist.com/2019/05/02/bidens-alleged-financial-ties-u-s-enemy-china-overshadow-2020-bid/?utm_source=The+Federalist+List&utm_campaign=4c1977f20b-RSS_The_Federalist_Daily_Updates_w_Transom&utm_medium=email&utm_term=0_cfcb868ceb-4c1977f20b-83771801
.
We, the People of Israel, Cannot Forget

by David Lazarus
{ israeltoday.co.il } ~ A friend of Israel wrote me this week that “sometimes we feel as though no one chutz la'aretz--outside of the land--really understands what is happening over there... especially on your Holocaust Memorial Day." Probably he cannot. For all our long history, Jews around the world awake every morning with prayers of hope and prayers of apprehension. The world will never understand what it means to be a people surrounded by enemies, watching, waiting and wondering what the future holds. Only now, 75 years after our catastrophe, have we begun to come close to the number of Jews in the world that we were before the age of Holocaust. Most countries enjoy community with many other people groups. People in North America, Latin American countries, the European Union or Arabic-speaking nations can never understand what it means to stand alone as a nation, not belonging to any club, singular in culture, customs, language and faith. For us, there is but one Jewish nation. How do we live with the ongoing antisemitism threatening and still killing our people while the world insists on comparing my people to terrorists and apartheid racists? How can we respond when our girls and boys still at that tender age when they are able to fall asleep in a class about a history that we know will haunt them the rest of their lives? By the time they are 6 or 7-years-old they begin to understand that the strong arm of Israel has a number tattooed on it that will never disappear... We also will never forget.   http://www.israeltoday.co.il/NewsItem/tabid/178/nid/36547/Default.aspx
.
Red Flag Laws and Individual Rights

by R. Quinn Kennedy
{ americanthinker.com } ~ Historically, the synonymous concepts of liberty and freedom were assumed to be the inherent right of every citizen born in our country. Not so much these days... In my home state of Colorado recently, the Democrat-controlled legislature signed a ‘red flag’ bill into law. Joining fourteen other leftist-controlled states, Colorado’s ‘red flag’ law enables the forceful removal of a citizen’s firearms. My state represents another win in the left’s ongoing crusade to separate Americans from their personal liberty. On the surface, ‘red flag’ laws appear reasonable.  When a person exhibits warning signs they are an extreme danger to themselves and others, the best course of action is to intervene by taking away their arms.  Common sense, the Left argues. After all, if a court determines a person poses a societal risk, forcibly seizing their firearms reduces that risk. Right?  Unfortunately, history screams of ‘well-intentioned’ legislation by the left that resulted in unintended negative consequences. The mortgage crisis that began in 2007 was a direct result of ‘well-intentioned’ Democrats. The scumbag/liar-Clinton Administration and its HUD Secretary Andrew Cuomo expanded the 1977 Community Reinvestment Act forcing banks into lending money to “underserved” communities for home purchases. Thousands upon thousands of low-income families, lacking the finances to pay their mortgage, found themselves under crushing debt and adjusting to life lived out of a car. The resulting near-collapse of the banking system was the trigger for 2008's Great Recession. Thanks to Democrats, our nation endured nearly a decade of economic pain and toil recovering. America’s stifling welfare programs that keep low-income citizens shackled in systemic oppression is an unwanted gift from Democrats. The far-reaching catastrophe that is scumbag/liar-nObamaCare was delightfully brought to you by Democrats. On and on the seemingly well-intentioned but calamitous legislation from the left continues. We can add ‘red flag’ laws to their gargantuan stink pile...
https://www.americanthinker.com/articles/2019/05/subjugating_america_the_left_is_working_hard_at_it.html
.
Muslim Power?

by Oren Litwin
{ spectator.org } ~ As we at the Middle East Forum monitor the activity of Islamist political groups, we have started to notice a new and puzzling trope in their public statements... At first in a few places, but now repeatedly, Islamist groups have been triumphantly discussing the growth of “Muslim power” in America. To cite a few examples: MPower Change attended the recent ICNA/MAS convention and trained over a hundred attendees in political-mobilization techniques; they later crowed that “we can’t wait to work with them to build power!” Jetpac’s current fundraising efforts have the tagline, “Our path to power.” And CAIR-Washington State is holding a fundraiser on May 25 featuring Rep. Ilhan Omar, titled “Unapologetically US: Building Muslim Power for 2020 & Beyond.” To be fair, “building power” is what most political groups seek to do, when you get down to it. But in the United States, we tend to cloak the will to power in a blizzard of euphemisms, many of them beloved by the Progressive groups that Omar et al. associate with. We make our voices heard, or advance our agenda, or defend our priorities, or build alliances, or support our friends in Congress. But “power”? In American politics, the term is considered gauche. Our opponents are powerful; we represent the people. Our opponents are powerful; we protect American industry. And so on. Surely the Islamists know this. They have become politically sophisticated enough to win elections at the local and national levels, using careful messaging and PR. So why this sudden, public — one might even think, coordinated — obsession with Muslim power?... Their goal is to rule the world.
https://spectator.org/muslim-power/?utm_source=American%20Spectator%20Emails&utm_campaign=578774d6bd-EMAIL_CAMPAIGN_2019_05_02_03_55&utm_medium=email&utm_term=0_797a38d487-578774d6bd-104608113
.
.

Nate Jackson:  President Donald Trump has wanted an infrastructure deal for his entire presidency. On Tuesday, Democrat leaders visited the White House and agreed in principle to such a deal … for an eye-popping $2 trillion.

“Who says there’s no bipartisanship in Washington?” asks The Wall Street Journal editorial board. “When it comes to spending more money, Washington can always find common ground.” In fact, according to Senate Minority Leader Chuck scumbag-Schumer, “Originally we had started a little lower. Even the president was eager to push it up to $2 trillion.”

Three questions: What will the money be spent on? Who pays for it? And what secret deals were made as part of this deal?

America’s roads and bridges are indeed crumbling, but Democrats are already touting money for a ton of other stuff — “advancing public health with clean air and clean water” and “addressing climate change” and “expanding broadband to rural, urban and other underserved areas.” Much like Barack scumbag/liar-nObama’s “stimulus,” the beneficiaries will be favored Democrat constituents. They say it’s about “the imperative to involve women, veteran and minority-owned businesses in construction.”

The annual deficit is already approaching $1 trillion again, and that’s before this boondoggle. What taxes will be raised as a fig leaf to “cover” this bill? In announcing the agreement, neither Democrats nor Trump offered answers to paying for it.

As for the question about secret deals, we may never know the answer. But one thing is likely: The federal government will spend $2 trillion and Americans will still be driving on crumbling roads and bridges.