by thegreggjarrett.com ~ With her standard poise and grace, Former Secretary of State under George W. Bush shut down an NBC anchor brilliantly... While on a media tour promoting her new book To Build a Better World: Choices to End the Cold War and Create a Global Commonwealth, Rice joined Savannah Guthrie on NBC’s “Today” show. During the interview, while on the topic of Russia, Guthrie asked “Do you think it’s possible that Russia’s election interference worked? It actually elected Donald Trump over scumbag/liar-Hillary Clinton?” Rice’s response is exactly what we all should have been saying since day one to shut down the ridiculous narrative coming from the left that Russia elected Trump. I think there’s any evidence of that. And, you know, I really don’t think that’s a good conversation to have. I think that really does devalue the people in Wisconsin and Michigan and others who decided to vote for President Trump. Whether you like this president or not, whether you believe that he should have been president or not, let’s give credit to the Americans who went out and voted for somebody who they thought would bring change.   https://thegreggjarrett.com/condoleezza-shuts-down-nbcs-savanna-guthrie-over-russia-trump/
VIDEO:  https://www.youtube.com/watch?v=9Du6v_MsMnw
.
loose lips liar-Joe Biden Tried To Get Russia
Into The Iraq War With Promises Of Oil Profits 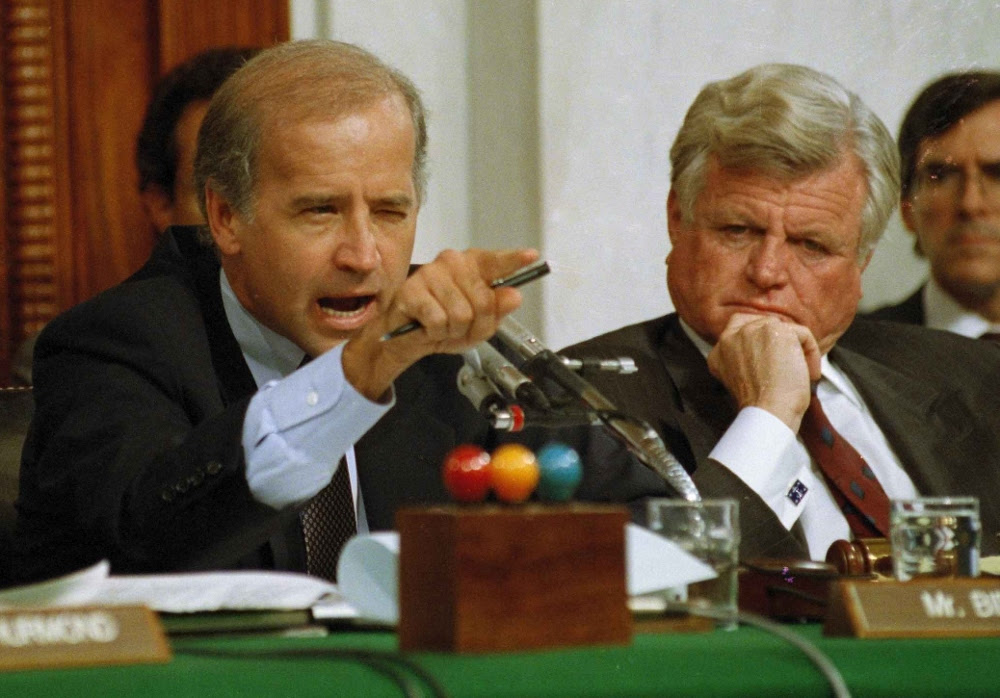 by CHRIS WHITE
{ dailycaller.com } ~ One of the Trump administration’s senior advisers could be leaving his position on the National Security Council, E&E News reported Wednesday afternoon... William Happer is reportedly leaving his post as a senior director of the NSC on Friday after National Security Adviser John Bolton abruptly resigned, The New York Times reported, citing three people with knowledge of the move. Bolton, a longtime foreign policy hawk, supported Happer’s efforts to push back against what some say is climate alarmism prevalent in academia. Happer was slated to lead the  Presidential Committee on Climate Security, a type of expert panel to assess the potential dangers global warming has on national security. Reports of the committee first began surfacing in February. Happer, an accomplished physicist at Princeton University, was one of the strongest voices against climate science within the Trump administration. He pushed Trump to create a commission to scrutinize U.S. military and intelligence claims that global warming is a national security threat. Happer was brought on to the NSC in September to analyze emerging technologies. His plan is similar to the failed effort by former Environmental Protection Agency chief Scott Pruitt to hold a “red team” exercise to debate climate science. Pruitt’s plan was heavily criticized and eventually abandoned.  Happer’s idea to conduct a review of climate science was dinged after facing obstacles within the White House. He was also responsible for blocking testimony from a State Department researcher who warned Congress about the national security dangers of climate change...
https://dailycaller.com/2019/09/11/william-happer-national-security/?utm_source=&utm_medium=email&utm_campaign=9990
.
UK: Tony Blair Think-Tank Proposes
End to Free Speech 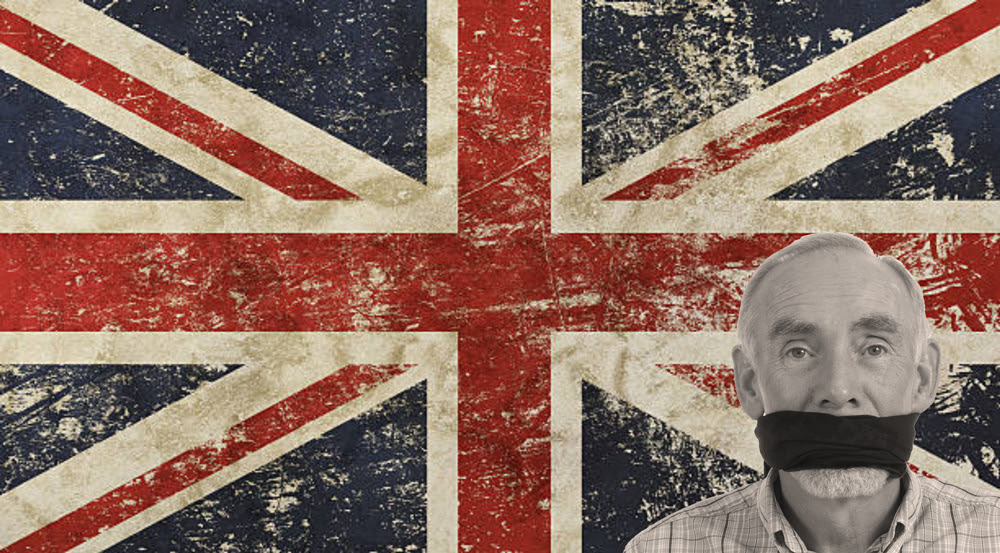 by Judith Bergman
{ gatestoneinstitute.org } ~ The Tony Blair Institute for Global Change has released a report, Designating Hate: New Policy Responses to Stop Hate Crime, which recommends radical initiatives to tackle "hate" groups... even if they have not committed any kind of violent activity. The problem, as the think-tank defines it, is "the dangerous nature of hateful groups, including on the far right like Britain First and Generation Identity. But current laws are unable to stop groups that spread hate and division, but do not advocate violence". The think-tank defines what it sees as one of the main problems with hate crime the following way: "A steady growth in hate crime has been driven by surges around major events. Often this begins online. Around the 2017 terror attacks in the UK, hate incidents online increased by almost 1,000 per cent, from 4,000 to over 37,500 daily. In the 48-hour period after an event, hate begins to flow offline". Specifically, the report mentioned as problematic the rise online in "hate incidents" after three Islamic terrorist attacks in the UK in 2017 -- the Westminster car-ramming and stabbing attack in March by Khalid Masood, who murdered pedestrians and a police officer; the Manchester arena bombing in May, at the end of an Ariana Grande concert, in which Salman Abedi murdered 22 people -- the youngest only 8 years old -- and injured more than 200 people; and the London Bridge ramming attack in June, in which Rachid Redouane, Khuram Butt and Youssef Zaghba drove a van into pedestrians on London Bridge and then proceeded to stab people in nearby Borough Market. Eight people were murdered in that attack. Disturbingly, the main concern of Blair's think-tank appears to be the online verbal "hatred" displayed by citizens in response  to terrorist attacks – not the actual physical expression of hatred shown in the mass murders of innocent people by terrorists. Terrorist attacks, it would appear, are now supposedly normal, unavoidable incidents that have become part and parcel of UK life...
https://www.gatestoneinstitute.org/14850/uk-tony-blair-free-speech
.
Elizabeth dinky-Warren TIES loose lips liar-BIDEN
for First Place in New National Poll
by hannity.com ~ Elizabeth dinky-Warren continues to rise in national polls ahead of Thursday’s Democratic debates; tying former Vice President loose lips liar-Joe Biden for the first time in the primary process... “The 2020 candidate pulled off a rare showing in an Economist/YouGov poll published Wednesday, tying the largely untouchable former Vice President loose lips liar-Joe Biden with 26 percent support among registered voters. It marks one of the few polls where loose lips liar-Biden is within danger of losing his frontrunner status, and contains a dismal prediction for Sen. commie-Bernie Sanders (I-Vt.),” reports The Week magazine. “loose lips liar-Biden has only had a few close calls in previous polls, but dinky-Warren’s 2020 rise has seemingly been eating away at his support as well as commie-Sanders’. In a late August poll from Monmouth University, commie-Sanders and dinky-Warren topped the pool with 20 percent support, and loose lips liar-Biden was just behind at 19 percent. In this Economist/YouGov poll, loose lips liar-Biden is back up, but so is dinky-Warren, both leaving commie-Sanders a full 10 points behind at 16 percent,” adds the website. dinky-Warren vowed to promote “Economic Patriotism” in a new campaign ad this week; proposing the creation of a “Department of Economic Development” to regulate large corporations. “A lot of giant companies refer to themselves as ‘American.’ But let’s face it, they only have one real loyalty: Their shareholders. A dinky-Warren administration will halt the hollowing out of American cities and create good American jobs. Here’s how,” she posted on social media. “They have no loyalty or allegiance to America. Levi’s blue jeans? Only two percent of their factories are here in America,” dinky-Warren said. “The maker of the famous No.2 pencil — they make most of those pencils in China and Mexico. And General Electric — they recently shipped jobs from Wisconsin, across the border to Canada.” “If they can close up an American factory and ship jobs overseas to save a nickel, that is exactly what they’ll do,” she continued. “In a dinky-Warren administration, government policy will support American workers. I call it ‘Economic Patriotism.'” “This new agency will have a single mission,” she added, referring to the Department of Economic Development. “Defend and create American jobs. And we’ll direct the new agency to use aggressive new tools… and we’ll use them to boost American workers.”...   https://hannity.com/media-room/warren-surges-elizabeth-warren-ties-biden-for-first-place-in-new-national-poll/
.

Culture Beat:  In 1978, filmmaker Roman Polanski was convicted of statutory rape. The Daily Wire recounts, “[Samantha] Geimer was only 13 years old when Polanski drugged and sodomized her during a photo shoot at Jack Nicholson’s house in 1977. During the height of the #MeToo movement, as many as five women came forward to accuse Roman Polanski of sexual assault when they were teenagers.”

After his conviction, Polanski fled to Europe, where he has eluded extradition for the last 40 years. He was finally ousted from the Academy of Motion Picture Arts and Sciences … in 2018. But evidently, the Me Too movement still hasn’t made the leap across the Pond.

Over the weekend, Polanski won the Grand Jury Prize (second place) at the Venice Film Festival for directing “An Officer and a Spy.” Argentine director Lucrecia Martel, who chaired the jury judging the films, straddled the fence, saying, “I will not congratulate him, but I think it is correct that his movie is here at this festival.” Polanski sent his wife to collect the award, opting to stay out of Italy to avoid extradition.

Speaking of Me Too and Hollywood-type hypocrites, Margaret Atwood has finally authored the long-awaited sequel to the 1984 book The Handmaid’s Tale, which has been turned into a feminist battle cry of a TV show in recent years. (Long story short, it’s the dystopian fictional tale of women turned into sex slaves by “Christian” masters. It regained popularity among feminists upon Donald Trump’s election, and, in truth, is nothing more than a screed for abortion on demand.) The Testaments will be released today.

We find these two stories related because of one simple factor: Hollywood is full of men mistreating, profiling, objectivizing, and sexually abusing women. It’s true, there are individual cases of Christian men (pastors, priests, etc.) committing such abuse — Christians are also sinful humans in need of a Savior. But there is no Christian denomination or sect that is remotely promoting a system of government and social structure like Atwood’s scurrilous characterization. Meanwhile, Hollywood profits from and rewards promiscuously abusive behavior. It’s a celebrated way of life, shunned only when it becomes a bit too grotesque to sweep under the run. And even then, if you have the right connections are make a movie people actually like, you’ll still receive an award.   ~The Patriot Post