0
The Front Page Cover
The Events of the Week -- Featuring:
liar-Hillary's Horribles
by Derek Hunter

{dailycaller.com} ~ A federal court ruled Tuesday the U.S. attorney general can still get involved in supervising the release of former Secretary of State liar-Hillary Clinton’s emails, offering President-elect Donald Trump an opportunity to intervene in the controversial case... In fact, the law requires it, according to the ruling by the U.S. Court of Appeals for the District of Columbia. It reversed a lower court decision that the Department of State’s review of liar-Clinton’s emails was sufficient, and any appeal for intervention by the attorney general was “moot.” The court provides a new opening to Trump and his attorney general designate, Alabama Republican Sen. Jeff Sessions. A congressional vote confirming Sessions could occur as early as Jan. 10, but Senate Democrats indicated they will put up a stiff fight to defeat the nomination...  http://dailycaller.com/2016/12/27/federal-appeals-court-invites-trumps-ag-to-enter-clinton-email-scandal/

liar-nObama, Media Lying About UN Israel Vote
by restoreamericanglory.com
{restoreamericanglory.com} ~ According to famed attorney Alan Dershowitz, the liar-nObama administration is lying about the recent United Nations resolution against Israel and their justifications for abstaining from the vote... And the mainstream media, he says, is not being forthright about the full ramifications of the Security Council measure. In an op-ed for The Hill, Dershowitz accused both liar-nObama and the press of obfuscation. “The liar-nObama administration pulled a bait and switch in refusing to veto the recent Security Council resolution against Israel,” Dershowitz writes. “In attempting to justify its abstention – which under Security Council rules has the same effect as a vote in favor – the administration focuses on ‘new’ settlement building, especially in areas deep into the West Bank.” Dershowitz cites UN Ambassador Samantha Power, who said Israel’s “continued settlement expansion was going to put the two-state solution at risk.”...  http://www.restoreamericanglory.com/breaking-news/dershowitz-obama-media-lying-about-un-israel-vote/

The EU vs. the Nation State?
by George Igler 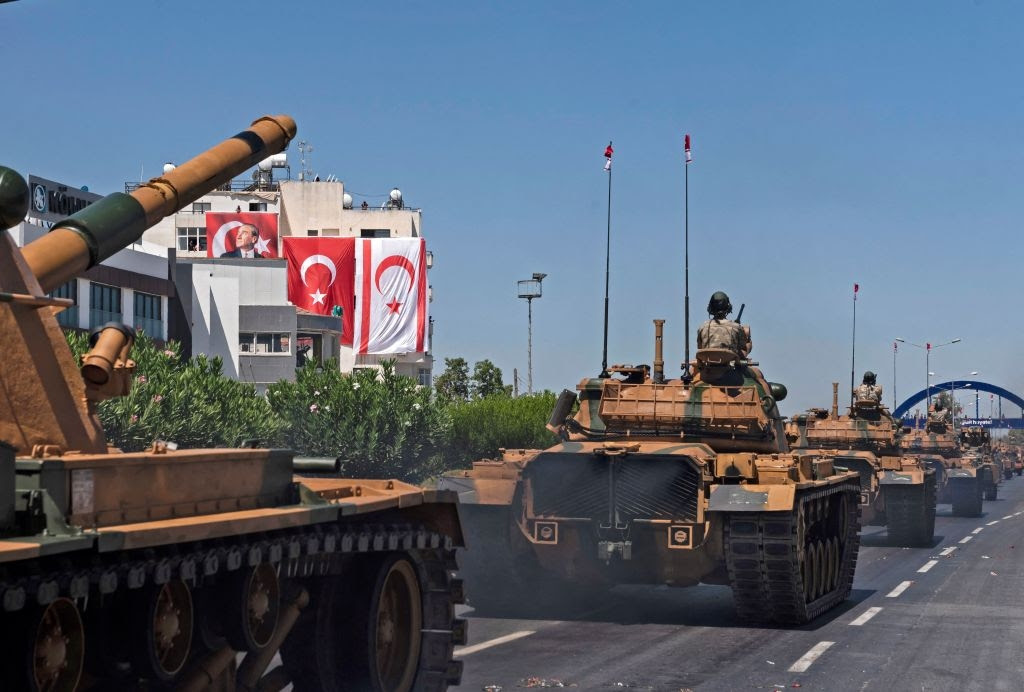 Geert Wilders (left) and François Fillon (right)
{gatestoneinstitute.org} ~ Attention is beginning to focus on elections due to take place in three separate European countries in 2017. The outcomes in the Netherlands, France and Germany will determine the likely future of the European Union (EU)... In the Netherlands, on March 15, all 150 members of the country's House of Representatives will face the ballot box. The nation is currently led by Prime Minister Mark Rutte, whose VVD party holds 40 seats in the legislative chamber, ruling in a coalition with the Dutch Labour party, which holds 35 seats. In contrast, the Party for Freedom – Partij Voor de Vrijheid (PVV) – led by Geert Wilders, currently holds 12 seats...  https://www.gatestoneinstitute.org/9654/eu-nation-states 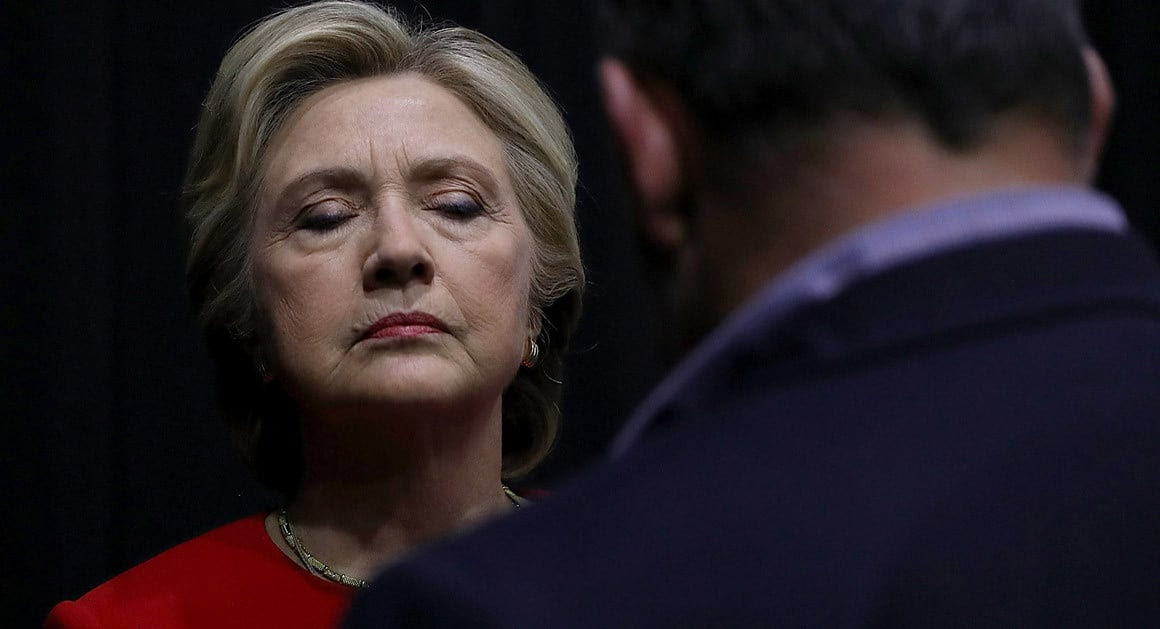 {wnd.com} ~ Documents made public by the Washington watchdog group Judicial Watch and separately by Wikileaks Julian Assange back up Turkish President Tayyip Erdogan’s assertion on Tuesday that U.S.-led coalition forces have given support to terror groups, including ISIS in Syria... In an interview with Democracy Now’s Juan González on July 25, Assange said the thousands of documents released by Wikileaks through its “liar-Hillary Clinton Email Archive” contain some 1,700 emails that connect liar-Clinton to al-Qaida and ISIS in both Libya and Syria, demonstrating liar-Clinton supplied weapons to ISIS via Syria. “So, those liar-Hillary Clinton emails, they connect together with the cables that we have published of liar-Hillary Clinton, creating a rich picture of how liar-Hillary Clinton performs in office, but, more broadly, how the U.S. Department of State operates,” Assange said in the interview...
http://www.wnd.com/2016/12/evidence-backs-erdogans-claim-that-hillary-armed-isis/
.
Congress Moving to Cut U.S. Funding to U.N
by Tiffany Gabbay

{truthrevolt.org} ~ In the wake of the United Nation's latest abomination concerning Israel, Congress is now moving ahead with plans to cut off U.S. funding to the so-called "human rights" body... Congressional leaders also confirmed to the Washington Free Beacon that the liar-nObama administration is in phase-two of its plot to further vilify the Jewish State.  President-elect Trump, meanwhile, urged Israel to remain strong. "We cannot continue to let Israel be treated with such total disdain and disrespect," Trump wrote on Twitter. "They used to have a great friend in the U.S., but not anymore. The beginning of the end was the horrible Iran deal, and now this (U.N.)! Stay strong Israel, January 20th is fast approaching!"...
http://www.truthrevolt.org/news/congress-moving-cut-us-funding-un
. 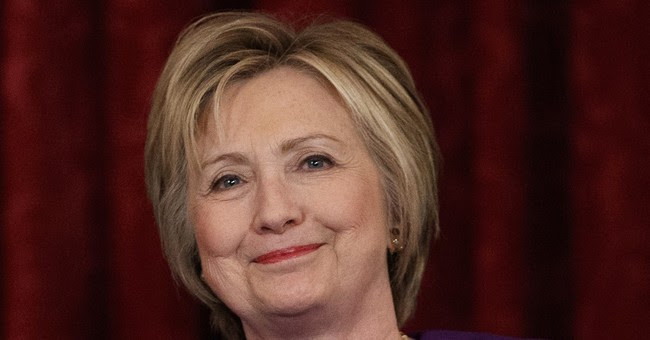 {townhall.com} ~ Yes, I know it’s Christmas, and if there’s one day where you should let politics go it’s today. But sometimes things happen that can’t go unremarked upon, no matter the day.

Such has been a series of events involving supporters of liar-Hillary Clinton.

Yes, liar-Clinton won the popular vote. Who cares? That was never, nor should it ever be, the measure that determines who is elected president. She knew it. Her supporters knew it. Her campaign knew it. They just chose not to campaign that way.

Call it arrogance or ignorance, but liar-Hillary spent more time in California, a state she’d have won comfortably no matter what, than Wisconsin and Michigan in the final days of the election. She and her team made that choice, consciously. Just like she chose to call half of Trump’s supporters “a basket of deplorables” who, even worse, were “irredeemable.”

No one made her do that.

That became a rallying cry for Trump – and a way of life for many liar-Clinton supporters.

There’s an old saying that goes, “If you want to know what Democrats are up to, just take a look at what they’re accusing Republicans of doing.” That’s exactly the case when it comes to those hardcore liar-Clinton supporters who simply refuse to accept their lost; that people who have different opinions to theirs exist.

The fiery rhetoric coming from vehemently “progressive” liar-Clinton supporters since the election has reached the point of instability. It seems as though some are aimed at inspiring some unhinged person to try to kill Donald Trump.

Non-stop equating Trump with some of history’s greatest despots and monsters – all leftists, by the way – can have an effect on the unstable. It is a point Democrats used to make when falsely accusing the Tea Party of “violent rhetoric,” stoking fears someone was going to get hurt. It didn’t happen, but the narrative was set and facts didn’t matter – the agenda had to be fed.

Now, major metropolitan newspapers are running columns condoning political assassination. Actually excusing the murder of the Russian ambassador to Turkey because Vladimir Putin is so awful. It’s not a long drive from there to all the stories claiming Putin “hacked” the election for Trump, especially for people overrun with media-induced fear.

If that weren’t enough, the same newspaper has on its website a quiz entitled, “Which Terrifying Political Voice Said It?” The choices? Adolf Hitler, Josef Stalin, Benito Mussolini, and Donald Trump.

The outrage expressed by “journalists” over pictures of President liar-nObama as Hitler at Tea Party rallies was memory-holed, as was the lecturing over heated political rhetoric being dangerous.

They didn’t mean it then. They knew the liar-nObama/Hitler pictures actually were the work of progressive Lyndon LaRouche lunatics who show up at every political gathering, no matter the topic, and who are not remotely associated with the Tea Party. They carefully cropped the “LaRouchePAC” watermark out of the pictures of the posters of liar-nObama with the Hitler mustache because without it the narrative of an unhinged Tea Party was served.

The media didn’t miss an opportunity to condemn any political disagreement with Democrats as dangerous. They even went so far as to blame the shooting by a President George W. Bush-hating lunatic of Rep. Gabrielle Giffords, D-Ariz., on a map of congressional races on Sarah Palin’s website.

The script is now flipped. Everything “dangerous” is now cheered because of the target. When an unstable pile of wasted human flesh couldn’t accept sitting on a Jet Blue flight with Ivanka Trump so much that he had to verbally attack her in front of everyone on the plane, including her children, it was the natural progression of the Democratic Party’s narrative. How could you not confront Hitler’s daughter in 1936?

Of course Donald Trump is not Hitler in 1936, nor at any other time. And the truth of Hitler’s leftist ideology and the absurdity of the charge doesn’t help Democrats, but it does keep their voters so angry they don’t question the party’s failures to connect with everyday Americans. So reality must be finessed.

That’s how you end up with a major newspaper slapping the title, “Men who ‘expressed displeasure’ about flying with Ivanka Trump removed from plane” on a story about a bitter, angry man yelling at a mother and her children because he’s been mainlining media spin about her father. That’s how you end up with an artist offended that daughter would buy their work, demanding it be removed from her walls.

The media and the Democratic Party created these monsters, and there appears to be no bottom to their depravity. The worst among liar-Hillary’s horrible true believers, seemingly hoping to do harm to the president-elect and anyone associated with him, have bylines. If the current president or liar-Clinton, or someone in newsrooms across the country doesn’t condemn these escalations, something awful will happen.

Then again, that may be what they want.