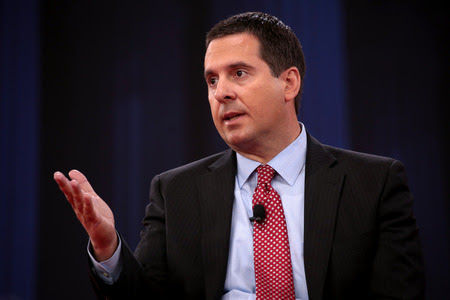 by Byron York
{ washingtonexaminer.com } ~ The release of a heavily-redacted version of the FBI's application for a Foreign Intelligence Surveillance Act warrant to wiretap onetime Trump foreign policy adviser Carter Page... has spurred calls to remove the redactions, to un-black out the pages blacked out by the FBI before the document was made public. The long sections of censored material have made it impossible to reach definitive conclusions about the warrant application. It has also led to the publication of de-contextualized sensational accusations. For example, page 8 of the original warrant application contains a passage which begins with two blacked-out lines, then includes the words "the FBI believes that the Russian Government's efforts are being coordinated with Page and perhaps other individuals associated with Candidate #1's Donald Trump's campaign," and continues with more blacked-out material. Is there a critical prefatory clause in that sentence fragment? The answer is unclear. Defenders of the FBI have begun to argue that the blacked-out portions contain the truly powerful evidence that supports their position. "There is clearly information the government provided separate and apart from 'Source #1' Steele and open source info — and that fact that all those paragraphs are redacted suggests supporting info from OTHER sensitive methods and sources," tweeted CNN commentator Asha Rangappa, a lawyer and former FBI agent...
https://www.washingtonexaminer.com/opinion/columnists/byron-york-house-intel-asks-trump-to-declassify-rest-of-fisa-application
.
FEC Complaint Filed Against Rep. scumbag/mad-Maxine Waters
Alleging ‘Slate Mailer’ Election Law Violations

by DOV FISCHER
{ spectator.org } ~ It never ends, does it? The daily cable-news soap opera installment. A new crisis every day. Sex. Money. Secret tapes... A stripper whose upper torso gives new meaning to the term Silicon Valley. And then her media-frenzied lawyer steeped in his own fun-to-watch divorce. Bring out the popcorn. Pull out some Raisinets. Refill the Coke and Pepsi. Sneak in a few plastic straws. Another day’s episode of “As the Swamp Turns.” Children separated from their parents. Parents sent back with their children — and then telling the authorities: “Naah, we’ll go back, but leave the kids separated here.” Kids who do not even belong to the parents. Russians— even red-headed Reds. Secret courts. Spies. Married paramours exchanging mysterious messages: “Andy.” “Secret plans.” An “Insurance Policy.” Smells at a Virginia Walmart. Secret tape recordings. The only thing missing is the “other woman” with the unwanted and hidden pregnancy, suddenly revealed — and the drama of whose baby it is. Enter liar-Bill Clinton! It now is clear that “As the Swamp Turns,” the daily cable-news soap opera/circus, definitely will not end before November. We will get our full two seasons of programming with an option for the dummycrats-Democrat/Media/ Entertainment/Academia Complex to extend for two more. Cable news is about ratings, not news. When the important news is flat, CNN shifts into Malaysian Airlines Flight 370. Bermuda Triangle? Black hole? Thus, Stormy Daniels is a natural for them — and, yummy for ratings, now she is getting divorced, too. And the latest — the nonsense over the Michael Cohen secret recordings of his client, then-business-magnate-and-builder Donald J. Trump...
https://spectator.org/as-the-swamp-turns/?utm_source=American+Spectator+Emails&utm_campaign=b1cc379226-EMAIL_CAMPAIGN_2018_07_26_07_29&utm_medium=email&utm_term=0_797a38d487-b1cc379226-104608113
.
Trump admin says it met judge-imposed
deadline to reunite migrant families 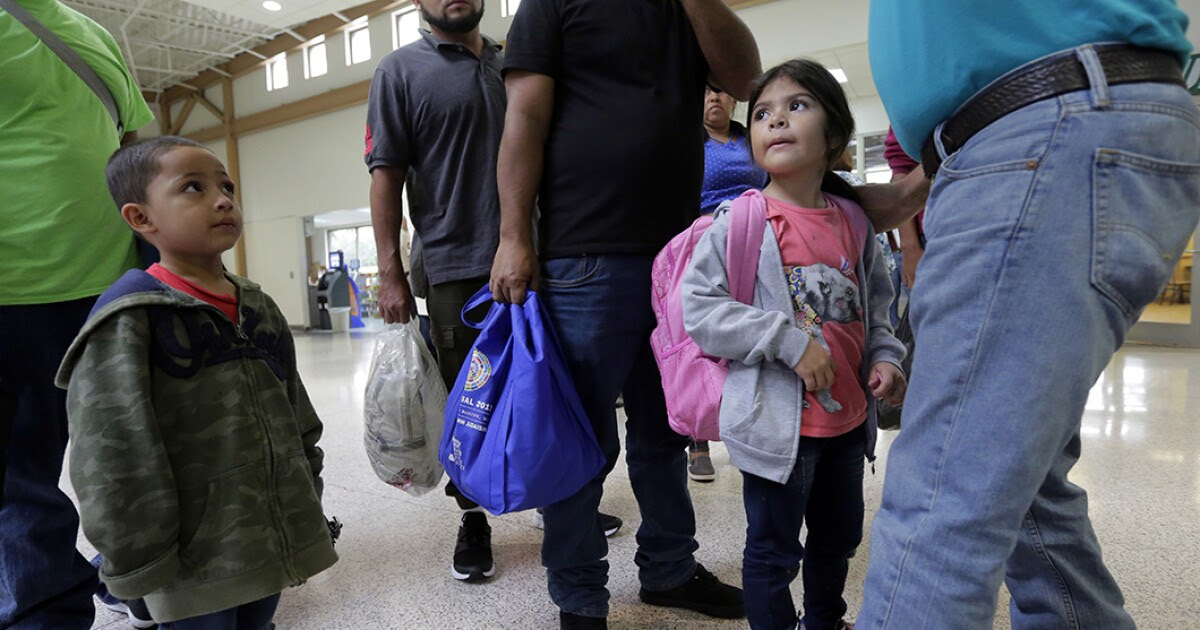 by Kelly Cohen
{ washingtonexaminer.com } ~ The Trump administration late Thursday said it had reunited all of the children separated at the U.S.-Mexico border with their migrant families... or at least, the ones who were eligible. According to a court filing, 1,442 immigrant children out of 2,551 were reunited with their parent or parents currently in Immigration and Customs Enforcement custody. U.S. District Judge Dana Sabraw in California had set a deadline of midnight July 26 for the federal government to reunite migrant families separated under the “zero tolerance” policy instilled by the Justice Department earlier this year. Another 378 children were released under “other appropriate circumstances,” which includes reunification with a parent already released by ICE or released to another relative or approved sponsor...   https://www.washingtonexaminer.com/news/trump-admin-says-it-met-judge-imposed-deadline-to-reunite-migrant-families?utm_source=WEX_News%20Brief_07/26/2018&utm_medium=email&utm_campaign=WEX_News%20Brief
.
Michael Cohen claims Trump signed off
on campaign's Russian meeting: Report 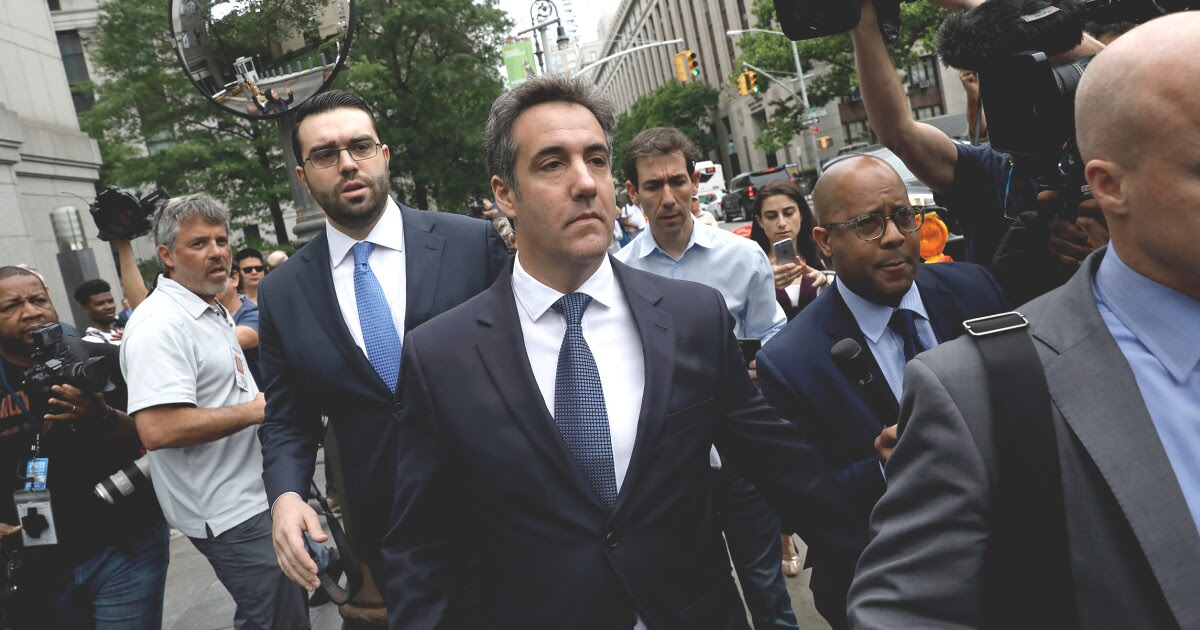 by Anna Giaritelli
{ washingtonexaminer.com } ~ Lawyer Michael Cohen now claims his former client President Trump knew in advance that son Donald Trump Jr. and campaign officials were planning to meet with Russians... in hopes of obtainingLia dirt on liar-Hillary Clinton, despite Trump's claims he knew nothing about the June 2016 meeting at Trump Tower in Manhattan, according to a report published late Thursday. Cohen is reportedly also willing to make that statement to special counsel Robert Mueller, who is investigating Trump's team for possible collusion with Russia to win the election. People who spoke with Cohen said he shared this new information because it could help him strike a deal with the federal investigator, CNN reported. Cohen said he was present when Trump was told about the Russians' offer to meet with the campaign and that the billionaire himself approved the meeting before it took place...liar-Hillary was doing the same with Steele but Mueller won't look into that.
https://www.washingtonexaminer.com/news/michael-cohen-claiming-trump-signed-off-on-campaigns-russian-meeting-report?utm_source=breaking_push&utm_medium=browser&utm_campaign=push_notifications&utm_source=WEX_Breaking%20News%20Alert_07/26/2018&utm_medium=email&utm_campaign=WEX_Breaking%20News
.

Trump Is Getting Desired Results From Tariffs

by Thomas Gallatin:  Wednesday saw an example of what is widely touted as President Donald Trump’s greatest strength — negotiating a good deal. Following his meeting with European Commission President Jean-Claude Juncker and his top trade official, Cecilia Malmström, Trump announced an agreement that effectively avoids a trade war. “This was a very big day for free and fair trade,” Trump stated. “Over the years, the United States has lost hundreds of billions of dollars to the European Union and we just want it to be a level playing field for our farmers, our manufacturers, [and] for everybody.”

Juncker also expressed a positive conciliatory note after previously having threatened retaliatory measures for Trump’s proposed 25% automobile tariff on all European imports. He noted, “We are close partners — allies, not enemies. We have to work together.”
News of the agreement sent the markets jumping in relief.  Trump’s repeated talk of zero tariffs and fair trade seems to have encouraged good-faith negotiations and the recognition that the current state of trade is not the level playing field it needs to be. With this initial agreement, the EU will import more U.S. soybeans and liquid natural gas. It’s important to note that the deal on natural gas directly challenges Vladimir Putin by reducing Europe’s reliance on Russian energy.
Juncker also agreed to pursue badly needed reforms at the World Trade Organization, as Trump has long argued that WTO judges are biased against the U.S. Further, the EU will work to align its regulatory standards to allow for a better and fairer market within Europe for U.S. medical devices. And finally, both Trump and Juncker made a commitment to work toward an eventual zero-tariff trade deal. “The United States and the European Union together count more than 830 million citizens and more than 50 percent of global GDP,” a joint statement noted. “If we team up, we can make our planet a better, more secure, and more prosperous place.”
Through this latest deal, Trump has deftly set pieces in place and strengthened his hand, effectively ratcheting up pressure on China to come to the negotiation table. There are also positive signs coming out of Mexico as the newly elected president’s chief trade negotiator, Jesus Seade, indicated on Tuesday that Mexico is open to a new deal: “What I see … to be a very feasible expectation is that we’ll be concluding negotiation in the next two months if possible, or in the next few months a bit further down the road.” He added, “President Trump has a very personal style. He likes to appear chaotic. But the last thing he is is chaotic. I think he’s a very intelligent man.”
Clearly, Trump’s tariff gamble is paying off, and despite wide criticism from both sides of the political aisle, he has steadily maintained the course and is starting to get the results he has been after the whole time — a fair and level playing field for American workers and businesses. Trump’s moves to achieve fair and free trade are actually reminiscent of Ronald Reagan’s strategy to force the Soviet Union to the negotiation table via a nuclear arms race — seemingly counterintuitive but effective.