0
TheFrontPageCover
~ Featuring ~
liar-nObamaCare Repeal Back From the Dead?
by Jordan Candler

.
I was a childhood immigrant to the US -- Trump is acting
wisely and compassionately on illegal immigration 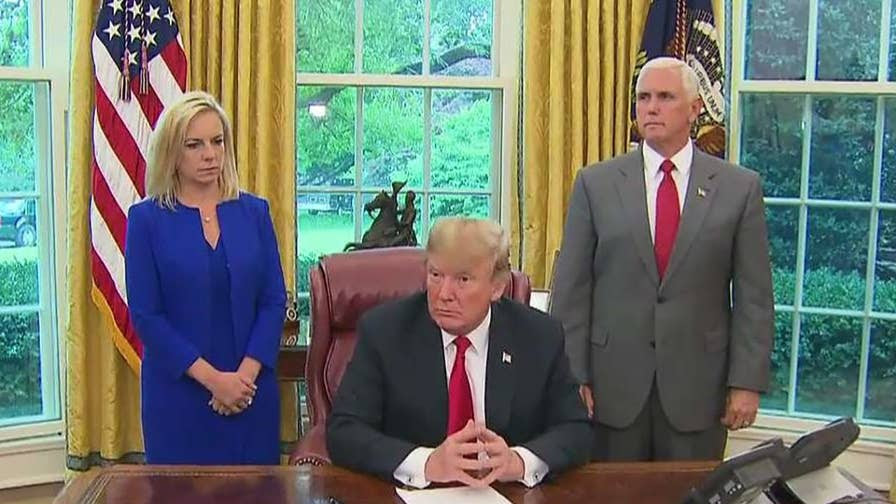 by Dan Backer
{ foxnews.com } ~ As a legal immigrant brought to America by my parents when I was a baby... I was particularly upset when I saw illegal immigrant parents and children being separated when they crossed into the U.S. in recent days. But I was happy when President Trump did the right thing and signed an executive order Wednesday allowing parents who have crossed the border illegally to remain with their children. Children should not be made to suffer for the actions of their parents. President Trump has compassion for these children. So does first lady Melania Trump, who showed this Thursday by visiting a detention center in Texas for children who entered the U.S. illegally. At the same time, I applaud the president for holding firm on his “zero tolerance” policy and criminally prosecuting any immigrants who come to the U.S. in violation of our laws. This sends a powerful message to all who disrespect our laws...
http://www.foxnews.com/opinion/2018/06/21/was-childhood-immigrant-to-us-trump-is-acting-wisely-and-compassionately-on-illegal-immigration.html
VIDEO:  http://video.foxnews.com/v/5799874329001/
.
Who’s Responsible for Separating Alien Kids
From Their Parents? Many People, but Not Trump

by Hans von Spakovsky
{ dailysignal.com } ~ Who truly is responsible for the 2,000 alien kids who, according to the Associated Press, recently have been separated from their detained illegal alien parents?... There is a lot of blame to share. That includes President liar-Bill Clinton and the alien parents themselves, as well as the courts and immigration policies foolishly created by the liar-nObama administration. The perverse incentives in those policies have endangered the lives and safety of children and helped fund the deadly Mexican drug cartels that run the trafficking networks on our southern border. You would not know that based on the absurdly biased coverage and virulent protests that have occurred. The Trump administration is simply doing what it is constitutionally charged with doing—enforcing the law. The president on Wednesday issued an executive order that directs the Department of Homeland Security to keep illegal alien families together “to the extent permitted by law.” That is the crux of the administration’s problem: the extent to which the government is permitted to keep families together while they await removal proceedings...
https://www.dailysignal.com/2018/06/21/whos-responsible-for-separating-alien-kids-from-their-parents-many-people-but-not-trump/?mkt_tok=eyJpIjoiWlRJMFlXSTBNems0Wm1ObSIsInQiOiJLaFNVM3gwNDFyVFBiakhFK2YyZ2Jhd3NINjJEU3czUTZ1UjFWTTFkclBBZFBEelhpU2JTRHFyZkk2Rk9KejluK2tlWXdhbkRYS3lwRFcxOVdBNzdCOG83TkFkbmpSVGxIU3pVQmtINGVBdEdqR0VtVzZ5VWRcLzhTRHNjMDh1RGEifQ%3D%3D
.
Dems Vow to Dump Pulosi if They Win the House

by Lionel Parrott
{ libertyheadlines.com } ~ House Minority Leader Nancy Pulosi hopes to return as Speaker of the House... should Democrats take back the lower chamber this November. But her plans may hit a snag,  accordingto POLITICO. And that snag is Democratic candidates who are pledging that she won’t have their support should they become members of Congress. The trend, says the article, started with the upset victory of Rep. Conor Lamb (D-Pa.) in a district that went heavily for Donald Trump in the last presidential election. Lamb’s win was in part attributed to his vow not to vote for Nancy Pelosi for Speaker...
https://www.libertyheadlines.com/dems-vow-to-dump-pelosi-if-they-win-the-house/
.
Answering Criticisms of the Conservative
Health Care Consensus Plan 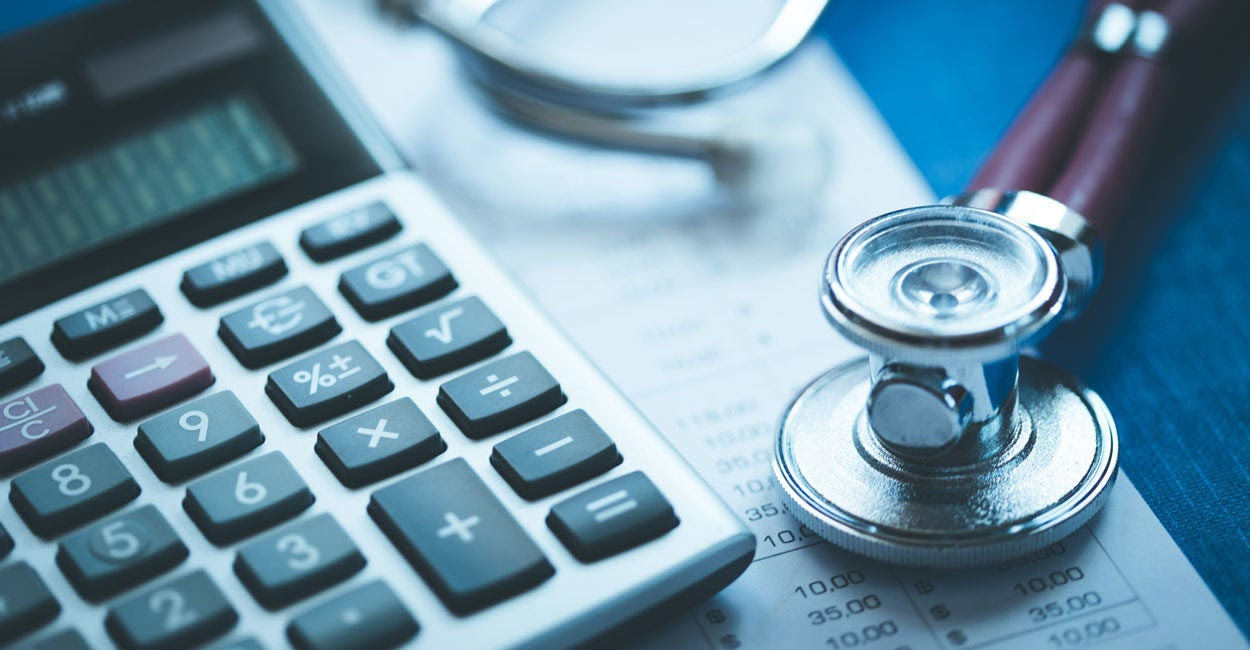 by Doug Badger
{ dailysignal.com } ~ The Center for American Progress recently released a study criticizing a Health Policy Consensus Group proposal to reduce premiums and increase choices... for the millions of families and small businesses who are forced to choose between remaining uninsured or buying expensive liar-nObamacare policies. The proposal, dubbed the Health Care Choices Proposal, would replace liar-nObamacare individual entitlements with grants to states. States would be required to use their federal grants to establish programs that subsidize premiums for low-income residents and that reduce premiums by assuring that the sick receive the assistance they need without saddling the healthy with unaffordable premiums. CAP’s seven-page critique of the proposal is a gumbo of falsehoods, misrepresentations, questionable assumptions, and contrived data that misrepresent both the content and the effect of the Health Care Choices Proposal...   https://www.dailysignal.com/2018/06/21/answering-criticisms-of-the-conservative-health-care-consensus-plan/?mkt_tok=eyJpIjoiWlRJMFlXSTBNems0Wm1ObSIsInQiOiJLaFNVM3gwNDFyVFBiakhFK2YyZ2Jhd3NINjJEU3czUTZ1UjFWTTFkclBBZFBEelhpU2JTRHFyZkk2Rk9KejluK2tlWXdhbkRYS3lwRFcxOVdBNzdCOG83TkFkbmpSVGxIU3pVQmtINGVBdEdqR0VtVzZ5VWRcLzhTRHNjMDh1RGEifQ%3D%3D
.
‘We’re called scum, rats, pigs’: S. Africa’s
Jews protest soaring anti-Semitism 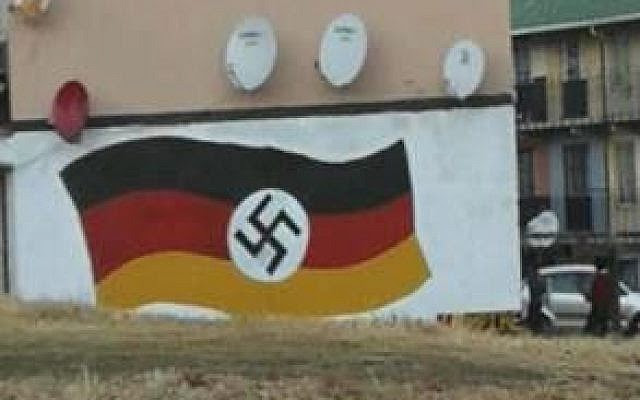 by timesofisrael.com
{ timesofisrael.com } ~ The South African Jewish Board of Deputies protested Thursday what it said was a huge spike of anti-Semitic and threatening messages... in social media and in face-to-face encounters, over the previous 24 hours. SAJBD Chairman Shaun Zagnoev said that while anti-Semitism was not uncommon, the latest comments were far more inflammatory than usual, and said extremist anti-Israel expressions had crossed over into vicious attacks on Jews. “The posts show how easily radical anti-Israel sentiment can spill over into hateful slurs and threats against Jewish people in general,” he said in a statement. “We are being told that we are ‘scum,’ ‘rats,’ ‘bastards,’ ‘pigs,’ ‘swine,’ and ‘fat-nosed f***ks.’ We are further being warned that ‘our time is coming’ and that ‘the Holocaust will be a picnic after we are done with you.’”...
https://www.timesofisrael.com/as-anti-semitism-spikes-south-african-jews-say-enough-is-enough/?utm_source=The+Times+of+Israel+Daily+Edition&utm_campaign=72f973a61d-EMAIL_CAMPAIGN_2018_06_22_09_42&utm_medium=email&utm_term=0_adb46cec92-72f973a61d-54638825
VIDEO:  https://www.facebook.com/dylan.rendel/videos/1691587577626175/
.

liar-nObamaCare Repeal Back From the Dead?

by Jordan Candler:  There are rumblings that health care reform is fixing to reemerge in Congress thanks to a months-long venture by the Health Policy Consensus Group. This conservative coalition is composed of The Heritage Foundation, American Enterprise Institute, Galen Institute and Manhattan Institute, among others.

“The conservatives’ proposal would drive control of health care almost entirely to the states, reversing the ACA’s [Affordable Care Act’s] federal mandates that seek to provide basic minimum benefits and consumer protections, which Republicans argue limit people’s choice,” The Wall Street Journal reports. “Under the conservative plan, states would receive ACA money in the form of block grants to help low-income consumers buy coverage. Health savings accounts, which let people set aside tax-free money for medical expenses, would be expanded. Insurers could give discounts to people who are young or maintain continuous coverage.”
The Journal adds: “The block grants would be the backbone of the conservative plan. Half of the grant funding would go toward supporting the purchase of private health coverage, and half toward helping low-income Americans get coverage, although the two categories would likely overlap. The grants would ban states from using the money to fund abortions, according to the draft proposal. Medicaid expansion would also be repealed, and people on Medicaid would be able to buy private insurance coverage.”
The caveat, of course, is succinctly laid out by the Journal: “Republican leaders have said they have no appetite for another push to repeal the ACA before the November midterm elections unless such a bill clearly has the votes to pass. Republicans faced a series of obstacles — including internal division and unified Democratic opposition — as their effort to repeal the ACA collapsed last year. There is little evidence those dynamics in Congress have changed.”
As David Thornton points out at The Resurgent, “The midterm elections may seal the fate of the repeal effort. If Republicans lose their majority in either the House or the Senate, any serious effort to repeal the ACA would be doomed. At that point, the best that Republicans could hope for would be a bipartisan effort to fix the worst problems of the law.”
Fortunately, even if this new liar-nObamaCare repeal endeavor falters, there are liar-nObamaCare changes afloat. The Wall Street Journal editorial board this week revealed that “the Labor Department rolled out a final rule on AHPs,” or association health plans. The editors explain: “The point is to allow more small businesses to join forces to offer health insurance, using economies of scale to reduce costs and diversify risk. This is how corporations and unions manage health insurance in the large group market, either by paying an outside issuer or self-insuring.”
It’s not a perfect solution, but it’s progress. “For once,” the Journal writes, “the test of a health-care policy will depend less on government dictates than on the choices of millions of Americans.”   ~The Patriot Post
https://patriotpost.us/articles/56671?mailing_id=3560&utm_medium=email&utm_source=pp.email.3560&utm_campaign=snapshot&utm_content=body