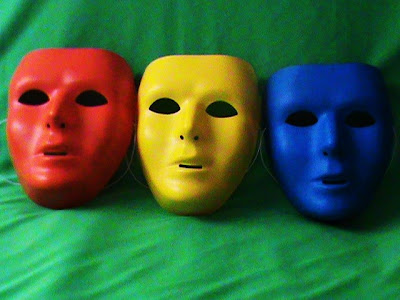 The day after Egypt’s 9-11, Anti-Birther Glenn Beck served up a healthy dose of Obama’s Fraud in a monologue more couched in relaying symptoms than in exposing the root of the disease; however the intelligence reported is also tightening the circle drawn around Obama’s neck by drawing out the poignant questions we ask not only ourselves but each other:

Five hundred forty nine people died yesterday in Egypt and thousands more injured as military forces cracked down on the Morsi-Obama backed Muslim brotherhood protesters angry about the Fraud of their leader being exposed or discovered that ended with a military take-over of the Country which the People supported.

Fanning the flames of terrorism and developing the anger against Americans once again, Obama finds himself at odds with the conundrum of an Administration arming the Revolutionist with a dictatorial agenda represented by military ousted Mohamed Morsi. Morsi who suspended the Supreme Court, suspended the Constitution, and gave himself Supreme authority to institute Sharia law whose Muslim Brotherhood is now using women and children also as shields?

The destructive path is indeed problematic and was clearly understood in my 2012 election campaign commercial where I highlighted the quagmire created by taking sides of any particular religion in the embattled State of Libya. The same thing is happening in Egypt now to the tune of two billion dollars a year in the guise of “democracy” over and above the Republic for which we stand.
[ https://www.youtube.com/watch?annotation_id=annotation_261356&feature=iv&src_vid=c_9SskPw6NA&v=s30P-Gi12ns ]

Will Obama support the Muslim brotherhood as he has, or will he turn on the Muslim brotherhood and throw them under the bus? Either way now, Obama has kindled a fire that undoubtedly will bring a fierce anger on the shores of American citizens but what Glenn Beck and many anti-birthers don’t recognize is these are the actions of a Fraud.

Now the Egypt Fiasco as many other Arab springs classified religious extremist movements embodies much more of an agenda centralized in control rather than a true subsidy of the promotion of liberty and freedom for the people that is mirrored domestically by the actions of fraud; as well as a Fraud.

The American People themselves now face in the mirror the actions of fraud and of a Fraud in the destruction of the Republic and our principles of freedom of speech, freedom of the press, freedom to assemble, and of course freedom of religion as well as the threatening destruction of many institutions outlined in the Constitution: Oh, like the U.S. Supreme Court, the Navy, The Air force, The Congress?

The first step in removing an institution of the Constitution is by making it “moot” or paralyzing its relevance the same way you do a principle. The goal is to make it irrelevant, in the same manner as say a rodeo clown’s freedom of speech is criminalized, or a man’svideo is blamed for the anger against an Embassy, oh, say in Benghazi?

The actions of a Government embroiled in fraud are of course directly associated with following a Fraud. Obama is neither qualified as a natural born citizen demanded by the Constitution (if you thought his birth certificate was legit), because his father was not a Citizen at the time of his birth, but he has not shown any verifiable evidence he was born in the United States either.

Born in the United States to Citizen Parents unless you were a Citizen at the time of the adoption of the Constitution are indeed the requirements of our Constitution’s demand for a ‘natural born citizen’ in the Office of the President unlike the different requirements of a U.S. Senator and U.S. Representative also outlined as different and distinct as say, the light of the constellations?

Why are there any differences at all in the Offices of the Representatives and Senators if there is no difference required for the Office of the President? Yet Birthers, people taking a stand for the truth, receive the harshest criticisms and persecutions of journalist and reporters of Main Stream Media and anti-Birthers.

The actions of fraud are what? Lying – Stealing – Controlling?

The Scandals riddling the Obama Administration in NSA spying, A.P. Reporter wire-tapping,Fast & Furious, Benghazi, the Verizon Customer phone-gate, Osama bin Laden, Arab Springs, Solyndra and IRS Profiling conservative tax payers. Ohhh, wish upon a star Obama would simply have shagged an internist and lied about that? Is that what you’re wishing in the face of the American People being profiled?

Obama's identification fraud in representing himself as qualified, when he was not a natural born citizen according to the United States Constitution's demands for the office of the President yet remains the root and the only scandal that has the Constitutional Teeth to unseat the usurpation of the office with national security in mind. Obama is using National Security to skirt all the other scandals successfully and Congress has to buy it.Congress doesn't have to buy something that is NOT Constitutional and is a walking talking violation of the Office of the President and should open hearings immediately!

Lying – Stealing – and Controlling are central features of a Fraud if you didn’t know WHY demanding a ‘natural born citizen’ was important! LOOK! The scandals associated with this usurpation are centralized not on some foreign land but are focused domestically are considered to be terrorizing Americans.

Obama undoubtedly has been involved in stealing the election by representing himself as qualified and actually defrauding all of the votes for him, as well as burning all the election competitors contributions which normally should never have been used in the name of competing against Obama/Soetoro.

Obama undoubtedly is the head of every scandal coming out that involves cover-ups of the Truth. The wonderful truth demands we ask ourselves what indeed are the attributes of a ‘Book Burner’ if they are not lying, stealing, and controlling? Look what this Administration has represented over all these scandals if your looking for lies.

Do we really need to see Obama himself throwing the books in the lit barrel whilst he is reportedly “playing cards 6 hours during the Osama bin Laden fiasco, sleeping during Benghazi, and playing golf during the 9-11 of Egypt?

The actions of a Fraud are to inspire terrorism, to lie, to cheat, to steal, and to control and we all must come to grips with asking ourselves and everyone around us, “Why fraud isn’t the Moral’s, the Justice’s, and the Truth’s recommendation?

You know I have never heard Glenn Beck utter the word “Fraud” so much in the context of Obama’s Administration and Obama himself. The mask of fraud is wrapped up Obama’s long form birth certificate certified by expert testimony in documentation professional analysis, by legitimate legal authority, and has been served to the New Hampshire Supreme Courts, the Georgia Supreme Courts, the Alabama Supreme Courts, the Florida Supreme Courts and many other state courts including the United States Supreme Courts in Judy v. Obama 12-5276 in 2012 and 2013 as a complaint of hi-jacking election funds and election votes both in the primaries and in the general elections.