Speaking in New Hampshire, Romney told supporters how Obama had said that voting would be their "best revenge" against Romney:

"Vote for revenge?  Let me tell you what I'd like to tell you: Vote for love of country. It is time we lead America to a better place."

This is but one snapshot highlighting the difference between Americans and “progressives”.

The choices Americans have on Tuesday November 6, 2012 fall into two distinct categories. The difference between these two philosophies is so clearly defined that it should be easy for Americans to decide where their sentiments lie.

The Declaration of Independence was a radical document because for millennia mankind had been ruled by monarchs, Caesars, Czars, or similar forms of dynastic oligarchies determined by bloodline. The universally accepted school of thought was that Kings, Queens, Emperors or Caesars were anointed by God, or were even gods themselves. Only monarchs or nobilities appointed by monarchs owned anything. They "allowed" the "common people" to work the land as serfs, indentured servants or as slaves. But "common people" were never "allowed" to own property. All they produced belonged to the monarch and was the monarch’s for the taking.

They declared that all men are created equal, that in effect, all men are kings. That they are endowed by 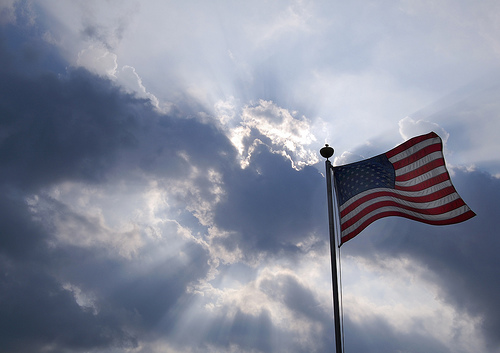 their Creator with certain unalienable rights. Among these are life, liberty, and the pursuit of happiness. They declared that people could govern themselves without a monarch or an oligarchy ruling over them.

This was a radical departure from centuries old norms. They envisioned a system which allowed "common people" to own property without first obtaining permission from a "divine" ruler. Anyone could come to America, work hard, earn money, save it and buy property.

Those who rebelled against the Royal British Crown knew that if they failed in their endeavor, they would all hang. Yet, "with a firm reliance on the protection of divine Providence" they pledged to each other their Lives, their Fortunes and their sacred Honor.

The Declaration of Independence was the mission statement for the United States Constitution.

Yes, the Constitution established an imperfect government, which among other flaws still allowed slavery. Yet at that point in history, the original 13 colonies could not have formed one nation capable of maintaining a semblance of unity had they not reached the 3/5ths compromise. But the Founding Fathers were wise when they wrote the Constitution. They ensured that the Constitution could be amended, so that in time slavery and other injustices could be altered through an orderly process which provided change that enjoyed overwhelming bi-partisan support. 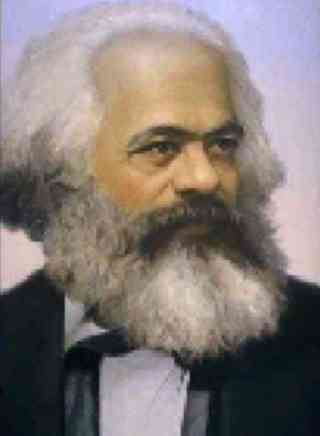 The Marxist school of thought is in direct opposition to the uniquely American concept that everyone has the right to own private property. How would Americans react if, after years of struggle, they finally owned their own home, then government "informed" them that it did not belong to them, that it belonged to "all the people" and Americans had to let strangers live on their property whether they liked it or not?

If an all-powerful, big government oligarchy is allowed to seize private property in this manner, as in the concept of "social justice" or "economic justice", America is dead.

The real philosophical divide in the United States lies between the intent of America’s Founding Fathers and the intent of “progressives”, who favor the Marxist view.

The American idea, the shot heard round the world, is that We The People can govern ourselves. By the Laws of Nature and of Nature’s God we are entitled, by virtue of our humanity, to the maximum amount of Individual Liberties consistent with law and order, and to the Right of private ownership, not the least of which is the Right to own and decide for ourselves. These Liberties and Rights are to be equally protected by a constitutionally limited, representative government that derives its just powers from the consent of the governed.

This is a distinctly exceptional American idea.

The “progressive” idea is that an all-powerful centrally planned government, with extreme hostility towards private ownership, forces redistribution of wealth in the name of social or economic “justice”. In order to ensure “fairness”, an oligarchy of self-imagined, self-appointed "intellectual elites" will control businesses, industries and people who are incapable of governing themselves. This was the position of a fringe minority who called themselves “progressives” until early twentieth century Americans saw for themselves exactly how bad "progressive" ideas were.

The “progressive” idea came to America from Britain's Fabian Socialists, who advocate socialistic democracy, and from Germany's Frankfurt School, who came to America after fleeing Adolph Hitler because they knew Hitler would kill them for being Communists. 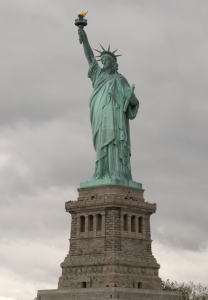 These ideas are European, not American.

The settlers who founded America rejected European ideas in fleeing Europe searching for a better future.  America has been a success and a beacon to freedom seeking people for over two centuries because the American idea is the better idea.

Among Americans unpolluted by "progressive" ideas, there is little debate that the United States of America is the most inventive, productive, prosperous and charitable nation in the history of the planet. There has yet to be put forth one rational, logical argument to support abandoning the highly successful American idea in favor of a European idea that is currently failing in Europe itself.

Before voting on Tuesday, November 6, 2012, decide which fate America deserves.

Then vote not for revenge, but for love of country.