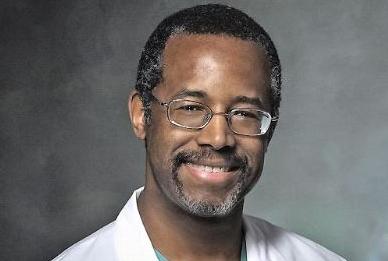 Dr. Ben Carson Scolds Obama about his failings as president

With a father in the hospital dying, the first thought on my mind walking into a high school ROTC class for the first time was not to hear the sharp commands of the cadet colonel Ben Carson. Yet, this was the tail end of the 1960’s and the nation had a new president, and the soldiers in Vietnam were welcoming new army recruits by the thousands who had to be prepared.

But in the city of Detroit at Southwestern High School, in 1969, there was another war occurring. It was a war of ideology based on anger as the city was recovering from riots still smoldering in its inner core from two years earlier. The community and the high schools had a Black Panther Party that was rising as an ideology being embraced by young black teens and older as the correct revolutionary pathway to social justice.

Yet, that morning as the young ROTC cadets looked on at this tall slender ROTC Commandant of Cadets, it was clear by his clear crisp commands there was a better way. His firm but calm demeanor had a different type of leadership that veered away from violent bellicose leftist overthrow demagoguery offered by the Black Panther Party leaders in the school and the neighborhood.

At this first cadet formation , Cadet Colonel Ben Carson spelled out a litany of expectations and goals that he insisted were not his goals but were to be our goals, if we were to ever leave school and go further and higher. His words were planted as nourishing seeds in the minds of those willing to accept and to create their own pathway toward a freedom from the street to the freedom of the ideals created and tested in the mind.

So as Dr. Ben Carson stood before the annual National Prayer Breakfast to speak to a different audience, he reminded them about the higher aspirations of America and an American Dream. This was a dream not built upon scapegoating, and blame and class division and warfare, but on the higher principles of life which are biblically based. It is easy for America to see; his words were not just his principles and beliefs but belonged to the nation as well.

Yet, there were those including Obama who were upset or outraged. Some stated how dare this doctor scold the president, who had just sat in his quiet surliness and listened to Dr. Ben Carson remind him of the fierce urgency of now and Obama’s own failings.

Dr. Carson responded to those critical of his speech by stating, “Well, when did this become a monarchy? You know, we are the people. The president works for us and, you know, we need to remember that. This is a country that is for of and by the people, not for of and by the government and that is the big battle that we are in right now.”