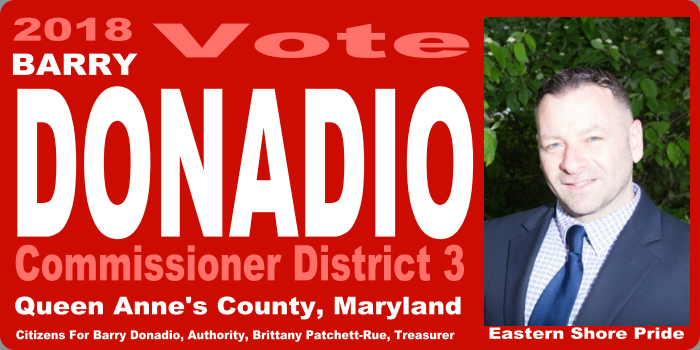 Barry Donadio, a Maryland Republican Politician is opposed to Maryland Senate Bill 344. It gives the ability for Permanent Resident Foreign Nationals with no U.S. Citizenship to become Police Officers in Maryland. “ I am stongly opposed to a law that will give the ability for a non-U.S. Citizen to become a Law Enforcement Officer and the authority to arrest U.S. Citizens.” said Donadio.

Maryland’s Senate Bill 344 seems to do just that. After serving 4 years in the U.S. Military, the bill will permit the Maryland Police Training and Stadards Commission to potientally ceritify them as Police Officers.

Donadio stated that he asked numerous active Maryland Police Officers their opinions about the bill and every Officer was against it.

“It is a bad idea” Donadio implied. “I am not comfortable with a non-U.S. citizen having the authority of arresting any American citizen.” “ Dump this bill.”

“ I question if SB344 is even constitutionally sound and which Americans would benefits from it. ”

Donadio’s stance is that the bill will only work to undermine the trust between the civilian populace and law enforcement. The bill will mostly lead to a hiring preference for those who are non-citizens over Americans that are applying for Police Officer positions. Donadio also questions if a permanent resident will practice the same discretion as our current Police Officers that are U.S. citizens. It may also turn policing into services offered by the lowest bidder. In theory, the bill legally sets the stage to potentially have an all non-U.S. citizen police department.

Donadio does endorse and appreciate those permanent residents that are serving in our armed forces. He believes this is a path to citizenship and an act he respects on the part of those seeking citizenship. “But they are not arresting Americans in this capacity.” Donadio said. That is why he is against making them a Police Officer prior to obtaining U.S. citizenship.

Donadio received some resistance on his stance aganst SB344. Some citing that non-U.S. citizens serve in the Fire Departments in Maryland. Donadio’s stance is that he has no issue with them serving in that capacity becasue they are not placing Americans under arrest.

Donadio is encouring Police fraternal orginazations and concerned citizens to speak out against this bill immediatly.