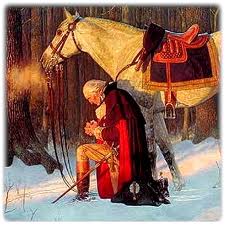 When you mention the “R” word, some folks on our side (Republicans/Conservatives) feel uncomfortable. I guess in their minds it feeds into the left branding the Tea Party as ignorant racists clinging to their God and guns, as President Obama described us. I have long since stopped caring about what characterless media and liberals think of me.

Candidly, when I first appeared on national TV I was a bit nervous. Oh the humiliation of coming across like an idiot. I was selected to be on a major cable news program as a spokesperson for Tea Party Express. My goal was to set the record straight about the Tea Party.

But, when the host began her interview proclaiming that the Tea Party is racist, no-ifs-ands-or-buts-about-it, I realized that the truth was irrelevant. This woman knew nothing about the Tea Party nor had she attended one rally. I am a black man who has been warmly embraced by fellow patriots at over 400 Tea Party rallies. And yet, I had to listen to this liberal media hack attempting to demonize decent folks and racially divide Americans for her political agenda. Thus, I believe that the liberal media is evil. Though contained during the interview, I was furious.

These people are unworthy of my respect or fear. As for the media's despicable claim that the Tea Party is racist, I have ceased dignifying it with a response. However, I will state that the Tea Party is the last hope for America, salt of the earth good people who simply love their country and reject socialism.

Regarding the “R” word, I must tell you about my new original song titled, “We Are Americans”. Its message is divinely inspired and required to restore America. I was extremely excited about performing the song in my repertoire at tea parties. Surprisingly, “We Are Americans” was not instantly embraced because it contained the “R” word one time towards the end of the song.

The word I am referring to is “Repent”. Some folks are uncomfortable when you add religious faith into the mix. “Our Constitution was made only for a moral and religious people.” John Adams

Perhaps this explains why the left despises and is so hellbent on getting rid of the Constitution.

For the bible-phobic, let's ponder the “R” word from a non-religious historical point of view. Can you say Roman Empire, boys and girls? The mightiest empire on the planet collapsed from within due to immorality.

Can anyone deny that America is racing to the same end? Homosexuality is aggressively promoted everywhere – in elementary schools, kid's TV programming, sitcoms, dramas, movies, pro-sports and even cooking and home improvement TV shows.

Due to the left's if-you-disagree-you-are-a-hater tactic, absurdly, I must make the following disclaimer. Neither I or true Christians, hate gays or seek their harm. We simply refuse to be forced to embrace a sexual behavior which goes against God's Word. Pressure increases daily to succumb to the “gay is normal” politically correct mandated mindset.

The Bible says the fruit of hard work is wealth and the reward of slothfulness is poverty. American voters have embraced a completely opposite philosophy. Obama defines “fairness”as punishing the rich and rewarding the slothful. In his speech at the National Prayer Breakfast, Dr Ben Carson stated it brilliantly, Why should a man who pays a billion dollars in taxes be punished?

The assault on the traditional American family. Have you noticed the attack on dads? Long gone are the days of “Father Knows Best”. On modern TV dads are idiots and the butt of jokes. Twenty years ago while working as a graphic designer at a TV station, I was reprimanded for using an illustration of a traditional family (man, woman and two kids) on the cover of a brochure. Management said the illustration was offensive because families come in all configurations – single moms, same sex parents and etc.

Could you imagine a day when an image of a traditional family would be deemed offensive? Families are the bedrock of our society. Most black kids grow up fatherless.

Hollywood and the media typically portray kids as being wiser and smarter than their parents. Apparently, public schools agree because children may acquire abortion services without parental knowledge or consent.

An irresponsible rapper who produced eleven babies out-of-wedlock by ten women was offered his own reality TV show showcasing how he copes with all his babies mommas. Meanwhile the media treats pro football star Tim Tebow with disdain for publicly displaying a moral compass.

Another symptom of the cancerous deterioration and racial polarization of our culture is that the “I Support Chris Dorner”(black cop killer) Facebook page received 3000 “likes”. Liberals believe blacks are eternal victims and should be allowed to have “issues”.

Is America headed the way of the Roman Empire? You bet cha!

The non religious definition of “repent” is to change one's mind – to make a 180 degree change of direction. Clearly, it is time for America to “repent”.

Please listen and enjoy my song, We Are Americans.