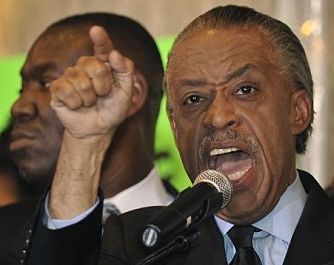 Black twenty-year-old male Danielle Simpson with two black associates were interrupted by 84 year old Geraldine Davidson while in the process of burglarizing her home. They duct taped her mouth, bound her hands and legs and threw the white former school teacher and church organist into the trunk of her own car. Ms Davidson was severely brutalized before the trio eventually tied a rope attached to a cinder block around her legs and threw her, still alive, into the river.

Brutal crimes are not unique.

But, here is what makes this case remarkable. For seven hours, Simpson rode around in Ms Davidson's car stopping for fast food and opening the truck to show off his victim to his black friends. Due to fingerprints left on the car, detectives estimate that around ten people viewed Ms Davidson in the trunk.

Incredibly, not one person called the police or lobbied to set the poor elderly woman free. What could possibly harden these black youths to such an extent?

Perhaps one of the detective investigating the case nailed it when he described the black criminals and their friends as part of a “culture of anger”.

For the murder of Ms Davidson, in 2009, Danielle Simpson was executed by Lethal injection in Texas. http://www.clarkprosecutor.org/html/death/US/simpson1183.htm

Fast forward to the democrat led Trayvon Martin rallies across America. If justice was their true motivation, they would allow the case to unfold. To demand Zimmerman be arrested without knowing the facts is absurd and irresponsible. The democrat's obvious purpose for their race rallies is to fuel the eternal flames of their well-nurtured “culture of anger”.

The horrific rape/murder of Channon Christian and Christopher Newsom received scant publicity because it was seen as politically incorrect to publicize a beautiful white couple being brutalized by five black thugs.

Exploiting Trayvon Martin to fuel the Democrat's culture of anger, Democrat US Rep. Bobby Rush spoke to the House wearing a “hoodie”. Rush assumed Martin was racially profiled and said, "just because someone wears a hoodie does not make them a hoodlum." Yet another example of a Democrat jumping the gun to further their storyline before all the facts are in. http://www.masslive.com/politics/index.ssf/2012/03/us_rep_bobby_rush_chastized_fo/2591/comments-6.html

Sixties radical, Angela Davis faithfully contributed to the Democrat's culture of anger. Davis said Trayvon's story is not unique. According to Davis, blacks are physically attacked by whites all the time. Davis also accused white America of systematic racism against blacks. Will someone please inform Ms Davis that a black man is leader of the free world solely because millions of white Americans voted for him. At only 12% of the US population, black votes alone could not have put the Obama's in the White House.

The Trayvon Martin incident has afforded the Democrats a golden opportunity to build upon their culture of anger. Al Sharpton said “Enough is enough!” http://www.cfnews13.com/content/news/cfnews13/news/article.html/content/news/articles/cfn/2012/3/22/trayvon_martin_rally Jessie Jackson said, “Blacks are under attack!” http://townhall.com/columnists/larryelder/2012/03/29/creators_oped/page/full/

So, according to US Rep. Bobby Rush, Angela Davis, Al Sharpton, Jessie Jackson, the majority of Democrat leaders, pundits and the democrat supportive mainstream media, black Americans are routinely physically attacked by whites. Is there any wonder why millions of black Americans are fuming in a culture of anger?

Well, allow me to crush the Democrat's perfect liberal paradigm with the truth/facts. F.B.I and U.S. Justice Dept. statistics confirm blacks are 39 times more likely to commit a violent crime against whites than white violence against blacks. http://www.examiner.com/political-buzz-in-lafayette/federal-statistics-of-black-on-white-violence-with-links-and-mathematical-extrapolation-formulas

Ninety percent of the victims of race crimes are white. http://www.topix.com/forum/state/wv/TBN2MRV4327LH92PN

Folks, I am not one for frivolous lawsuits. Still, I can not help contemplating a lawsuit all the same: We The People vs the Democratic Party for severe damages resulting from them creating and years of fueling a culture of anger in Black America.