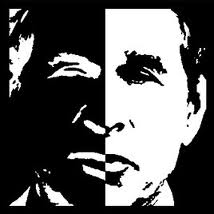 It’s sad, but necessary to call a “Spade a Spade.”  The Democrats are not defenders of our Constitution – they are two- faced and the party of treason.  Democrats have turned on America and Americans.

They refuse to address and take ownership of the five biggest scandals in our history starting with the Fast & Furious gunrunner operation, the Benghazi murders, the IRS, the NSA and Obamacare.

They slink away and hide behind closed doors pretending that their Democratic Party is not responsible and should not be held accountable for these scandals – we’re talking about murder, corrupt politics, invasion of our privacy, intentional and malicious attacks on tea parties and conservative groups plus a healthcare law that is causing harm to private individuals and businesses.

Instead of worrying about our horrific National Deficit, a balanced budget, secured borders, a strong Military, jobs and reduction of the entitlement society they want to spend the little bit of money we have left, refuse to balance the budget, want amnesty for millions of illegal aliens, climate and energy change, depress our Military and increase the entitlement society.

There is definitely a progressive trend within the Democratic ranks that is easily identified by the manner that they conduct business in our White House.  They spend all of their waking hours demonizing, falsely accusing any and all Americans who aren’t in agreement with their Socialistic ideology.

They have already launched the New Year creating headlines of one distraction after the other. Obama’s State of the Union jargon pretty much sets the stage for Americans in 2014.  While Democrats and the Liberal news media work behind the scenes creating the distractions, Soros, Podesta & Obama have plans to force higher taxes, amnesty, climate and energy change thru this year, which like Obamacare will weaken the middle class.

Again I must refer to the Democratic Party as two-faced individuals (the party of scandals) hell bent on destroying the greatest Country in the World. They are a treacherous evil group of individuals who have spent the last five years destructing and destroying America by intentionally removing our freedoms and rights as handed to us by our forefathers in the Constitution.

While we were sleeping the Democrats launched an attack on our children with Common Core – it has been established for one purpose only warping the minds of our children starting with the youngest. They have taken parental rights away, infiltrating our schools in an attempt to brainwash and control the next generations.  The Washington Bureaucrats just snatched parental control from parents making our children the property of “Big Government.”

They have launched an attack on the middle class (all races) destroying jobs and job growth, which has created a larger group of people who are totally dependent on the Government.

The Party of Two Faces have increased out debt to an almost unsustainable level.

In 2014, the Party of Two Faces has big plans to ramrod many costly changes and new laws down American’s throats via Obama’s Executive Orders.  Be prepared for what’s about to come if Obama and Democrats get their way.

Their talk about income inequality, climate and energy change is merely a devious way to continue Obama’s “redistribution” and shove us down the path to Socialism.  Their agenda for 2014 is to suppress the American populace, remove their “God” given rights and freedom, control our kids, healthcare, energy and explode the growth of the entitlement society.

72 percent of Americans expressed the belief that big government now poses a greater threat to America than big business or big labor. Americans are realizing that actual unemployment for full time workers is hovering between 20 and 25%.