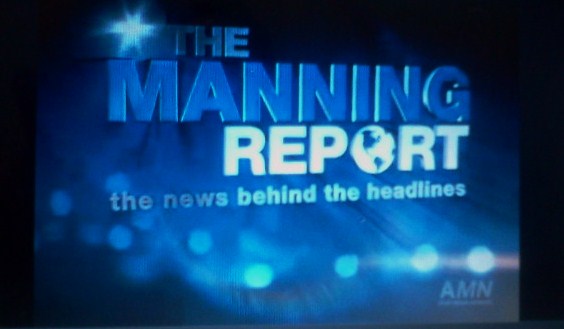 FOR IMMEDIATE PRESS RELEASE Sept 6th, 2012
As seen on http://codyjudy.blogspot.com/2012/09/crj-interview-on-manning-report-notes.html
From New York City's Harlem Broadcast Around the Globe
CRJ Guest on THE MANNING REPORT & Key Notes on former President Bill Clinton's Speech
I was a guest today on The Manning Report you can find on this link at 126 Minutes to 143 Minutes speaking about the U.S. Supreme Court case Judy v. Obama 12-5276; The 3 hour show was very good, so if you have the time you might enjoy the  whole thing. I appreciate and thank Dr. Pastor James David Manning for the 16 Minute Segment.
http://atlah.org/2012/09/06/the-manning-report-6-september-2012/
Second:
Here are some notes of the Democratic National Convention speech of former President Bill Clinton that I took in no particular order or sequence.I was asked about what I thought about it.
I responded that the best part of it was his delivery. He's a very gifted and dynamic speaker, however, rebutted the words are rather empty. In comparison with Obama's speech tonight I thought former President Bill Clinton's speech was far better, and that was surprising.
The key comment I made on Obama's speech tonight on Twitter, and I made quite a few entries on Twitter tonight you can see on the right hand side of the screen, was that Obama's secret was giving something to everyone to hear. The reality is his claim for not delivering the one thing you "hoped" he would,is that he can't be all things to all people. In his speech, he sure damn well tries. The other reality I believe will sink Obama is that in promising the world to everyone, the world will turn on him for not delivering AND being a liar at the core. Of course this is true at the root of his not being a natural born citizen qualified under the Constitution. Obama wants his own Constitution and his own United States Supreme Court.
NOTES - BILL CLINTON'S SPEECH Sept 5th,2012
President Clinton said " he hadn't learned to 'hate' the far right like the far right has learned to hate Obama".  Well, Mr. President Clinton, we don't want you to learn to 'hate' Obama, we want you to learn to 'love' our Constitution more for it created the United States of America.
Pres. Clinton said "It's better to say "We're all in this together , rather than say 'your on your own".  However,  the definition of Obama's 'getting together',  leaves your independent rights as Citizens of the United States, protected by the Constitution, run over by the masses.  In America we respect each individual and that has been the source of power constraining the masses but its a "Republic for which we stand" , a Constitutional Republic.. not a pure democracy like Iraq's, or Egypt’s, or Russia's.
I am an independent advocate for the stability our Constitution provides for each and every American!
I do happen to agree w Pres Clinton that #1 Clintons release of the Glass Steagall Act was the 'release of regulation' that started the housing crisis, and #2 Mitt Romney isn't taking a stand for the Constitution.
Michelle Obama is really scared.. you can see it in her face.. and its because her husband is playing with a different set of rules... then the rest of America is playing by. Obama's not playing by the United States constitution's rules.. he's making his own constitution.
Comparing Congress's job creation and President Obama's in Pres. Clinton's job score critic? What! I thought companies and corporations hired people. I thought it was the small businesses in America that were the key to getting our economy back on track, not the Federal Government's ability to hire more people that then create a bigger burden on the people to pay for.
I thought the Federal Government was suppose to protect our borders from illegal immigrants sneaking across the border to play by their own rules? That's criminal activity.. and it doesn't create jobs it takes jobs from Americans, creates a bigger burden on our security, and does not serve as justice for all for all those people that came in the front door!
Pres. Clinton said " Obama has laid the foundation for a new modern successful economy".. I thought the foundation of our Nation was laid by our founders and framers who scribed the Constitution  and included in that if you recall was "no taxation without representation"
Tax Paying Americans deserve and demand our Constitution be upheld... we deserve and demand our representatives uphold the document we sent them to Washington DC for... we deserve and demand Obama stop being coddled as a baby.. He's not a natural born citizen, he might be American, but we know he's not playing by our rules of the Constitution, and its time he learned to grow up and accept a little responsibility.
That "race card" , and that "class war-fare card" have been used, and its time to put that game away. We have a Constitution that doesn't discriminate from the greatest power you have.. and that is to cast your vote as an American Citizen! Do you know what rights your Creator has endowed upon you? Those rights are not given to you in America, but they are protected by America and our Constitution.
Cody Robert Judy
The Cody Robert Judy for President 2012 U.S.C. Eligibility Campaign
www.codyjudy.us
www.codyjudy.blogspot.com
YouTube: CODE4PRES
FEC REGISTERED  http://fec-candidates.findthedata.org/l/4426/Judy-Cody-Robert
Tags: barack, bill, birther, born, citizen, clinton, cody, constitution, convention, david
E-mail me when people leave their comments –
Follow