It sticks in my craw that Conservatives/Republicans are leaning toward, in essence, becoming immoral, stupid and un-American to win Low-Information-Voters. Folks, I can not do that. 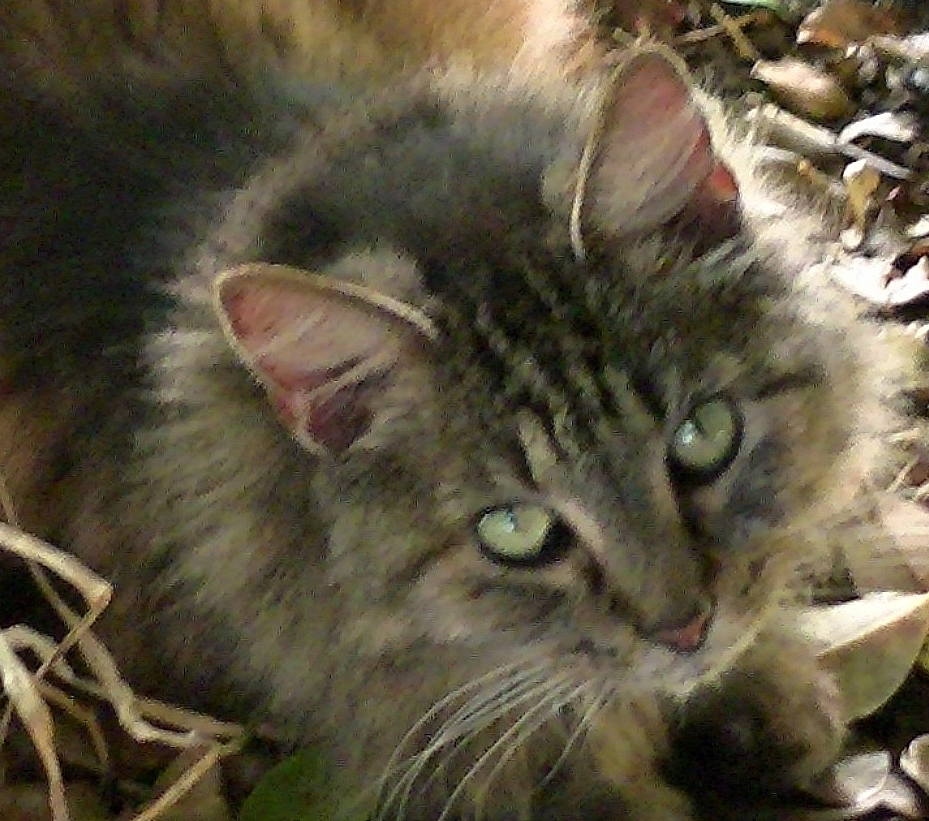 Meet Semi. I have more respect for Semi, a stray cat which my wife befriended, than I do for the low-life parasites who voted for Obama because he promised to give them stuff via funds confiscated from others.

Semi has the good sense to value her freedom. A neighbor caught Semi and got her shots and spayed. But for some reason, Semi prefers frequenting our yard.

For years, Mary has fed Semi and tried to move her into our home as her pet. Semi will have none of it. Semi allows Mary to pick her up and even bring her inside our home from time to time. But, if Mary closes the door, Semi wants out.

Semi routinely disappears for days. Displaying more character, backbone and wisdom than many Obama voters, this cat values her independence and freedom.

Meanwhile, bottom-feeding Obama voters gleefully surrendered total control of their lives to government for the promise of free stuff. Had they tuned off TMZ for a moment and did the slightest investigation into Obamacare, they would have realized that it “ain't” free! Along with the tremendous monetary cost and government playing God by deciding who lives or dies, it cost voters their greatest birthright – freedom.

Some low info voters get their rocks off just thinking about Obama taxing the rich. News flash idiots, if Obama taxed the rich at 100%, taking every cent of their wealth, it would fuel our economy for less than a month and not affect our debt or economy. Then what?

A few of you Obama-ites realize this truth, but it does not matter. You sickeningly just want to see the rich get screwed. Obama played y'all big-time, winning your vote by appealing to your sinful class envy. In the end, Obama punishing risk-takers kills jobs, drives up the cost of food and fuel and eventually harms you. Suckers!

I will not sink to pandering to gutter-minded free-loaders and achievement haters. The day a majority of Americans rally around punishing the rich and criminalizing success is the day we die as a shining city on a hill. Some believe this is exactly what Obama wants.

Only ignorant fools hate the rich. Wise men seek to learn what they did to get what they got.

Obama implies that all wealth by Conservatives is ill-gotten or undeserved. He rebuked business owners saying, “You didn't build that.”

Despicably, some realize business and the rich are not the enemy, but still subscribe to Obama's “get 'em” attitude. Such people are trash. Democrats are notorious for appealing to voter's base instincts. I will not join those seeking to nurture the evil in the hearts of men to win votes.

Master liars and manipulators that they are, Democrats praise fairness and hard work out of one side of their mouth while demonizing achievers and promoting government entitlement dependency out of the other.

Some voters are aware and approve of Obama's Socialistic agenda. Others are just plain clueless. Their only source of news is sound bites from the liberal bias lying media. They voted for Obama out of ignorance.

As God continues to give me strength, I will work to educate voters to why Conservatism is best for all – offering rich rewards such as dignity, pride and honor.

In our Oprah-ised culture, everyone is a victim of circumstances. But the truth is just as some folks choose to be evil, poor choices lead to poverty. The Bible says the poor you will have with you always (Matthews 26:11). It is not the fault of America, Republicans, the rich or any one else other than the individual. Upon stating this truth, I am suppose to cower in fear of you calling me dispassionate. Not happenin', I've been homeless.

Conservatism beckons, “If you are poor and seek to become rich, join us! If you celebrate determination, hard work and excellence, join us!”

For example: A waiter gave Mary and I remarkable service. Our great appreciation was reflected in our tip. If you believe this exceptional professional waiter deserves to keep his well-earned tip, you are a Conservative. If you believe his tip should go into a tip-jar to be distributed equally amongst the other waiters which include trifling Joey who takes an abusive number of breaks, you're a Liberal – probably a Democrat. Please do not join us. Stay with your massa, Obama.