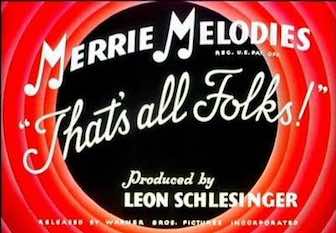 Democrat leadership and their followers are totally nuts, Living A Cartoon as the least! Life in this country has become a cartoon, filled with strange, absurd, and unreal characters with a touch of a gag reel. Let me see if I have it right. I will use just common sense from observation. I did get depressed just writing it…

Because of an election that was extremely suspicious in at least 6 battleground states that no one in government is willing to investigate, we now have a criminal president with dementia. We have a communist vice-president that dated her way to the top, who will probably be president soon but couldn’t get 2% of support from her own party for president. As California’s attorney general, she harassed investigative journalists for exposing Planned Parenthood for selling human body parts taken from fetuses they aborted. We have an overweight man who thinks he is a woman for Assistant Secretary of Health, while Biden insists on including those confused individuals in our military.

Trump was getting too close to finding that much of our government is run by a criminal organization popularly referred to as the Deep State
We’ve lost tens of thousands of jobs during the first week of Biden’s presidency on top of the millions of jobs already lost during a so-called pandemic that has been allowed to nearly wreck, for political purposes, the best economy in our history. COVID fear, perpetrated by those who can profit from it, has destroyed millions of livelihoods, families, and small businesses. At the same time Biden proceeds to open our borders to people, many with diseases we have long since eradicated, who want jobs. The ‘pandemic’ closed churches and schools in mainly Democrat cities where liberals don’t like God and teachers don’t want to teach. It kills people at a similar rate of a normal flu season, but you wouldn’t know it because every hospital that treats a COVID patient is paid much more than for treating a flu or any other like condition.

As a result, everyone, including gunshot victims are said to have the virus. Now Democrats want us to take an untested, new technology, experimental vaccine, much of it financed by Bill Gates, who believes we have too many people in the world. We have no knowledge of the long-term effects of this vaccine, but it has already killed as many as 400 people with thousands suffering serious adverse reactions. Men are even being told to freeze their sperm before getting the vaccine, because of future fertility problems. The current administration is destroying the oil and gas industry, the farming industry, the automotive industry, the transportation industry, and the personal firearms industry. They are in the process of doing away with the First Amendment, and working at killing the 2nd Amendment. They don’t like the national anthem or the pledge of allegiance, but insist they are pro-America.

Is that about right?

Why? Because the former president was getting too close to finding that much of our government is run by a criminal organization popularly referred to as the Deep State. And that this organization has aligned themselves with a communist/fascist global plan to take over the world with a single socialist government called the New World Order with a plan called the Great Reset. Anyone who doubts that needs to do their own research. And, by all means use a non-partisan search engine like DuckDuckGo.

The current cancel culture pushed by the Left is now zeroing in on the racism in mathematics, but, don’t worry, Oregon says it has a solution. It is even affecting Democrats like Dianne Feinstein. The SF School District is considering removing her name from an elementary school because of a comment she made 37 years ago. Democrats need to place school names on chalk boards.

There has been a never ending litany of insults from the Left toward anyone conservative or one who loves his/her country. Labels are everywhere such as Deplorable for supporting Trump, Bigot for believing that All Lives Matter, Homophobe for believing in the sanctity of marriage, Tea Bagger for supporting the Constitution, Terrorist for believing in the 2nd Amendment, Traitor for exposing government corruption, Insurrectionist for questioning a very questionable election, Religious Fanatic for being Christian, White Supremacist for being successful, and, of course, Racist for just about anything.

In essence, anyone who wants America to remain great, is now considered a domestic threat. The Democrats do not want to be disturbed while they dismantle our country. Like Bolshevik Russia, you will now be graded according to your politics. Hollywood, as crazy as they are, couldn’t come up with characters we are witnessing. Cartoon scripts are more believable.

There are powerful forces working hard to bring down America, reduce it substantially to get it ready for a global takeover, and they have taken residence within the Democrat Party. At this point, I have very grave doubts the two sides can continue to live together in peace. It has become clear to me that the Left is spoiling for a fight that the Right is trying to avoid.

The bottom line is that the Democrat leadership and their followers are totally nuts. Just because the faces are familiar doesn’t mean they are looking out for you. They are not! They have dragged this country into the gutter where they are most comfortable, but very few, it seems, are willing to say they have no clothes. Not only that, they want everyone else to disrobe and spread the sickness.

It seems the nation is in a state of shock, not knowing what to do, or who to look up to, or even if they should laugh or cry.

The Left is pissing on you and insisting its raining. I’m even concerned I’m going to get a call from some government official for writing this article, and I’m an American in America! At least I think so.