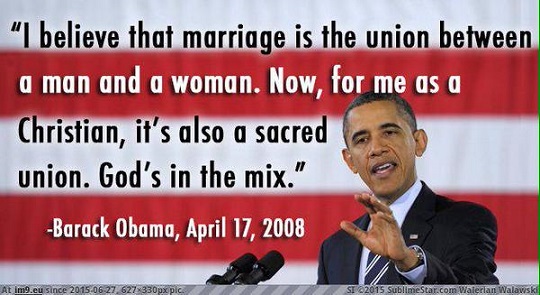 Lost in the celebrations over universal gay marriage, like abortion, being deemed a right found in the “penumbras and emanations” of the Constitution is the chilling effect the ruling has on religious liberty.  In a telling exchange between the Obama administration’s Solicitor General Donald B. Verrilli, Jr. and Justice Samuel Alito, detailed by Tom Blumer at Newsbusters.com, in which Verrilli admitted that churches could lose their tax exemptions if they refuse to perform gay weddings: