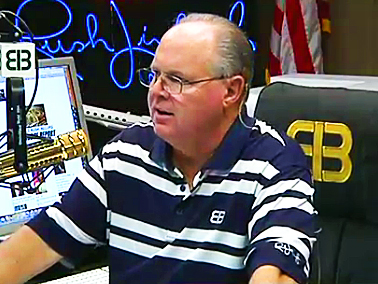 It was the 1970s. My black buddy Joe told me about a job opening for a Graphic Designer in the art department at WJZ-TV, an ABC affiliate television station in Baltimore. Dick Weisberg, the white department head liked my portfolio, thought I was a good fit for his team and hired me.

I was very nervous those early days working at the TV station. Black graphic designers were rare and I felt pressure to, as they say, “represent”. My first day, a white coworker took me into the dark room and showed me how to operate the photostat machine. One lesson was not enough. And yet, I could not bring myself to ask for additional help. I eventually became a master of making photostats, but ruined a lot of expensive photo paper in the process. I stuffed the ruined photo paper down my pants leg, smuggling it out of the building for disposal. It was a silly thing to do. My white coworkers would have been happy to help me. Foolishly, as the first and only black member of the six person art department team, I felt I had to be perfect.

I was eventually promoted to supervisor of the art department. Artists can be a bit edgy and emotional. I jokingly said I was promoted because management perceived me as less crazy than my coworkers. Interestingly, black associates demeaned my promotion to supervisor claiming it was due to Affirmative Action.

How did this black kid from the projects end up working in the art department of Baltimore's number one rated TV station?

Displaying artistic talents at an early age, I was a sensitive child. This does not mean I was a chump or a wimp. I have always been in tune with the vibe of whatever was happening around me. My parents, four younger siblings and I lived in a government project highrise building in which the vibe was violent, angry and bitter. So much for the Democrats' and liberal's lie that happiness comes from the government providing everything.

When my dad broke the color barrier and became a Baltimore City firefighter, we moved out of the projects and the city to a black suburban community, Pumphrey.

This meant I would begin 7th grade bused to the neighboring newly integrated Brooklyn Park Junior/Senior high school. Going from attending school with all blacks to practically all whites was a culture shock. I felt invisible.

Mr Gomer, my white art teacher, met with my dad and praised him for supporting my artistic talents. Mr Gomer said a lot of dads think art is for sissies.

Every month, the top 4 or 5 paintings from the school's art classes were displayed in the lobby. More times than I can remember, I had a painting in the lobby exhibit. This told me that I had a gift that should be pursued. But, what if Liberalism ruled the day and some knucklehead administrator deemed it unfair to select the best paintings; claiming that it is cruel and hurtful not to display the paintings of every child who picked up a paint brush. Liberals tend to have disdain for achievers. Liberals seek to spread mediocrity equally; everyone gets a trophy and no keeping score.

Depriving kids of the thrill of victory and shielding them from the agony of defeat stifles their development; creating weak adults.

Realizing I had artistic talent, I wrote the mayor, governor and a few senators requesting a scholarship to art college. After interviews and reviewing my artwork, I received numerous mayoral and senatorial scholarships to attend the Maryland Institute College of Art.

Before graduating college, I landed a graphic designer job at white owned Fred Kale & Associates in Baltimore. My white supervisor Chuck managed my transformation from graphic artist wannabe to a professional graphic designer.

From Fred Kale, I became the first black artist at Golnick Advertising Agency. From Golnick, I took the position of art director at white owned Park Sign Company in Baltimore. While employed at Park Sign, I was hired at WJZ-TV.

Oh, I forgot to mention that after college while seeking a job, a white businessman, John Hollacheck hired me part-time. Mr. Hollacheck offered me “free” office space in a prestigious building to launch my own graphic design firm. Immaturity, lack of confidence and fear caused me to squander the opportunity.

Reflecting back on all the men who helped to move my career forward, my dad is number one. He believed in my talent, encouraged and promoted me. Every other man was white. So much for the Democrats' and liberal's lie that says white America, particularly white men, are burning the midnight oil thinking of ways to keep black men down. They call it “institutional racism”.

How did I, a black youth, gain favor with these white men? Could it be that they were decent men who saw a good kid trying to pursue his American dream?

This was the Yellow Brick Road which led to me becoming supervisor of the art department at WJZ-TV. Over my fifteen year employ at the TV station, I won design awards and felt I had achieved my goals.

In 1993, folks were losing their jobs due to downsizing. Rush Limbaugh encouraged a few callers into his radio show to view it as an opportunity to pursue their dreams.

After discussing it with my amazing wife, I gave the TV station my two weeks notice. I resigned to pursue another talent, a career as a singer/songwriter.

But that's another story.